Madison Cawthorn has become a problem for Republicans 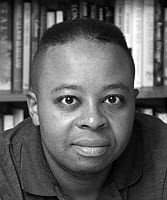 If it isn't one thing, it's another.

Madison Cawthorn, the 26-year-old Republican congressman from North Carolina, seems to be a lightning rod for controversy. A torrential downpour of allegations are haunting Cawthorn, including calls for an investigation into potential insider trading related to an anti-Biden cryptocurrency.

For the moment, Cawthorn's future in Congress is somewhat unpredictable. There has been no federal elected official in recent memory who has been similarly battered by such an avalanche of allegations. Claims that he engaged in insider trading. Being caught for a second time bringing a loaded gun into an airport. Driving with a revoked driver' s license twice in less than a year. Violating salary rules in how he paid his chief of staff. Others are more salacious, like photos taken during a raunchy game on a cruise ship and a leaked video of him naked in bed with his cousin engaging in what he referred to as "foolish" behavior.

The last category of antics sent segments of the internet into a frantic level of delirium, as various observers feverishly engaged in a fierce game of "is he or isn't he gay?" speculation. But those actions are certainly a sideshow to his irrational behavior as a member of Congress, which to me is far more problematic.

For someone who professes to adhere to religious piety and strict, Christian morals, his renegade actions demonstrate anything but. Last time I checked, bawdy levels of alleged boozing, habitual lawbreaking, embracing anti-Semitism, and thumbing your nose at rules that others must abide by is the antithesis of such values.

Cawthorn's shenanigans and raucous rabble rousing have garnered loud and intense ire from across the political spectrum. He has been the subject of fierce criticism from a few fellow Republican lawmakers, some of whom are waging a herculean battle to prevent him from winning reelection. Currently, he faces seven Republican challengers in his reelection bid.

While there is indeed a small segment of Republican politicians publicly voicing their displeasure of Cawthorn, many more have been curiously quiet about him. Such silence begs the following question: Would Republican members in Congress be as silent if Alexandria Ocasio-Cortez, Ilhan Omar, Cori Bush or any other Democratic member (in particular a non-White Democratic member) of Congress had engaged in similar retrograde behavior? Calls for expulsion or at the very least, censure, would be demanded.

One can only imagine the level of right-wing furor if Ilhan Omar, for example, was caught attempting to carry a gun onto a plane, just once, let alone twice. Right wing blogs would go into overdrive with round the clock attacks. For a party that surrounds itself with religious piety, moral values and law and order, such hypocrisy is damning.

In recent weeks, the freshman lawmaker informed his Instagram followers that the "establishment" is targeting him in a "coordinated drip campaign." adding, "They're going to drop an attack article every one or two days just to try and kill us with a death by 1,000 cuts, and that is really their main strategy."

As I see it, Cawthorn is a seriously troubled young man. Under normal circumstances, his political obituary would be all but written by now. Unfortunately, given the current state of the Republican party, he may very well easily cruise to reelection.

Elwood Watson is a professor of history, Black studies, and gender and sexuality studies at East Tennessee State University. He is also an author and public speaker.

Print Headline: Madison Cawthorn has become a problem for Republicans