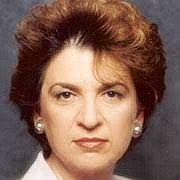 The New York Times has a history of journalistic infractions. Too-cozy relations with government operatives, inaccurate reporting and outright plagiarism and fake stories.

With such a rich history of compromised content, it's unsurprising that "the newspaper of record" would run a pure puff piece on real estate and investment mogul Nicolas Berggruen (net worth: $2.9 billion). The story's fawning author, Michael Steinberger, who also manages to make himself part of the piece, skirts the real story: A billionaire's push for a vanity project that would sacrifice the last great open space in Los Angeles.

In opposition to the local community, Berggruen plans to plop a George Jetson-looking complex atop a Southern California mountain on a 447-acre holding that is home to rich flora and fauna, and offers respite to Los Angelenos via hard-won open space and public hiking trails. In the more than 3,500-word Times article, Steinberger gave only one line to the controversy: Berggruen "has yet to break ground on the project, which has drawn resistance from nearby residents."

Now based in Los Angeles, the Paris-born Berggruen is establishing himself as a philosopher, thinker and benefactor – the gushing Steinberger writes that Nic has been called a "latter-day Medici." The physical manifestation of the "Philosopher King" and formerly "Homeless Billionaire," as the Times headed the Steinberger article, is the Berggruen Institute. Created in 2010 with $100 million "to develop foundational ideas about how to reshape political and social institutions," the Institute currently offices in Downtown Los Angeles in the iconic Bradbury Building.

In 2014, Berggruen purchased property in Los Angeles west of the 405 freeway and north of the Getty Center for $45 million to build his mountaintop retreat, which Town & Country described as "devoted to sheltering the world's elite thinkers in a peaceful yet intellectually fervid sanctuary for reflection and dialogue." There also are plans for Berggruen's private quarters.

Prior land owner and developer Castle & Cooke had been in a long, litigious battle over the 447 acres with various stakeholders, including area residents, the Canyon Back Alliance, Mountaingate Open Space Maintenance Association (MOSMA) and others. The end result in 2006 was zoning that allowed for 28 individual homes and unrestricted trail access – in other words, not a development such as what Berggruen desires.

Berggruen's project "is blatantly illegal and cannot be built under existing law," wrote the Sierra Club's Santa Monica Taskforce in a seven-page January 2021 letter to the planning department for Los Angeles and to City Councilman Mike Bonin, who represents the disputed area.

Of the 447 acres, the Sierra Club letter outlines that 424 acres of open space and two historic trails are protected from development through conservation easements held by the Mountains Recreation and Conservation Authority, a local public agency.

In addition to the Sierra Club letter, a number of groups have all either expressed problems with the development as proposed or outright opposition to Berggruen's vanity project at the proposed site. Community activists are prepared to fight.

Among concerns about the proposed development are fire. California has become a tinderbox in recent years. In December 2017, the Skirball Fire burned 475 acres, destroyed or damaged 18 structures and forced 46,000 residents to evacuate. The October 2019 Getty Fire burned 745 acres – blackening some of the Berggruen property – destroyed or damaged 25 residences and forced thousands to flee. On its face, building in a high fire zone seems foolhardy.

The Berggruen site is on top of a former landfill now monitored by the City of Los Angeles for methane. A massive Southern California methane gas leak in a neighboring community in October 2015 should be taken as a cautionary tale for this proposed project.

As the last great open space in Los Angeles, the Berggruen property features wild woodland with ferns, oak trees and sycamores. The natural habitat is home to cougars, coyotes, deer, falcons, great horned owls, raccoons, redtailed hawks and quail, among other animals, who navigate the Santa Monica Mountains. In addition to loss of wildlife habitat, the Berggruen project would bring more light pollution, which impacts the biology and ecology of wild animals. Additionally, the development would eliminate an important animal corridor, including for cougars, under severe pressure in the area. If Berggruen were to gift his land holding to remain as open space, it would continue to benefit area wildlife and help connect the patchwork of land to support the movement of animals.

Why Berggruen would continue to want to develop in an area when the community is not receptive seems odd, given he could build his think tank anywhere. For a contemplative, meditative retreat, there is plenty of desert in California.

"I have no objection to him developing his project – just not here," said Eric Edmunds, Chair of the Sierra Club Santa Monica Mountains Task Force and President of the Brentwood Hills Homeowners Association.

In a state that's horribly overpopulated and overdeveloped, preserving this intact area of precious wildland, wild animal habitat and trails forever would turn Berggruen – who is shaping up to be the local villain – into a local hero.

Maria Fotopoulos writes about the connection between overpopulation and biodiversity loss. Contact her on Facebook @BetheChangeforAnimals and [email protected]