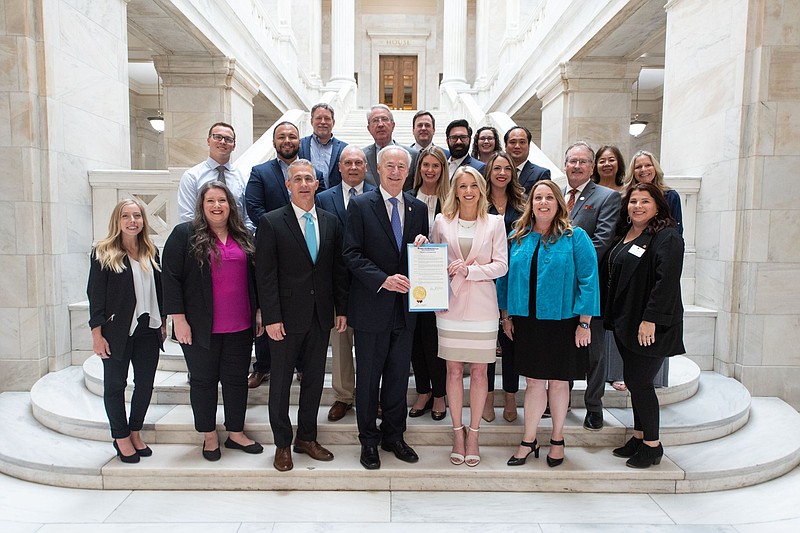 Governor Asa Hutchinson declared this week Economic Development Week in Arkansas on Monday, May 2, at the Arkansas State Capitol. He was joined by economic development leaders from around the state, including El Dorado-Union County Chamber of Commerce Project Manager Kaitlyn Rigdon, pictured far left in the front row.

Rigdon noted that Hutchinson visited El Dorado on May 2 for a ribbon cutting for new electric vehicle chargers at South Arkansas Community College before heading back to Little Rock to issue the Economic Development Week proclamation.

According to the governor's proclamation, economic developers help to raise the standard of living in Arkansas by helping to attract and retain jobs and establish the next generation of new businesses throughout communities across the state.

Economic Development Week began on Monday and will continue through Friday, May 13.