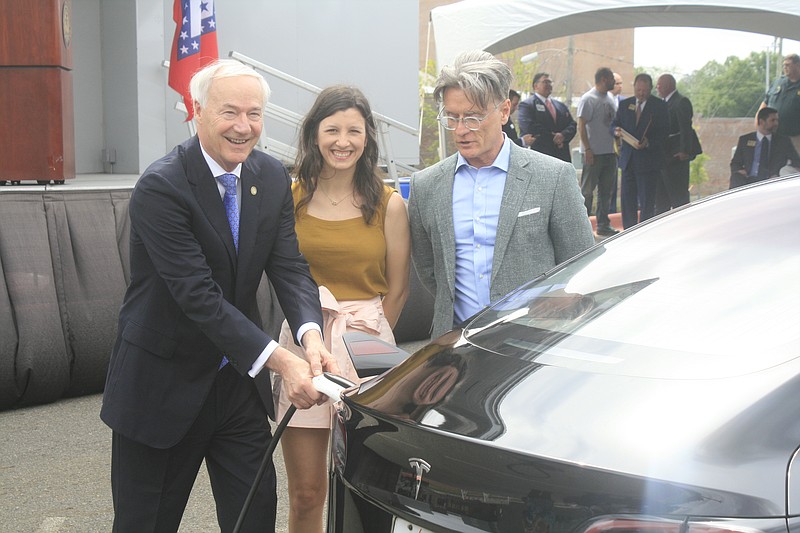 Gov. Asa Hutchinson and Standard Lithium CEO Robert Mintak test out one of the new EV chargers located in a parking lot northeast of the El Dorado Conference Center on an electric vehicle as the car’s owner looks on. An event at SouthArk Monday unveiled the new chargers, which are the result of a collaborative project between Standard Lithium, Adopt-a-Charger, SouthArk and Entergy. (Matt Hutcheson/News-Times)

The growing presence of electric vehicles is an important part of the ongoing rise of alternative energy.

A 2022 BloombergNEF report states that 20 million plug-in vehicles will be in action globally in June, up from just 1 million in 2016.

That number is expected to be at 22 million by the end of the year, according to the same report.

On Monday, south-central Arkansas received a major upgrade to its electric vehicle infrastructure when a series of EV charging stations were unveiled on the campus of South Arkansas Community College. The chargers are the first free, public EV infrastructure in the region.

The ribbon cutting ceremony included representatives from SouthArk, the companies and organizations involved with installing the stations, local politicians and Gov. Asa Hutchinson.

"This is an economic development opportunity for south Arkansas, one that is a true partnership. You can see all the people on stage who had a hand it making this go -- the initial vision from [Mintak] and Standard Lithium, the investment in the efforts. While the three posts with the six chargers doesn't look like a lot above ground, it took a lot of work and a lot of ingenuity from our partners to make this happen today," Wallace said.

The chargers are in the parking lot northeast of the El Dorado Conference Center.

Mintak referenced Standard Lithium's ongoing Union County projects, including its partnership with Lanxess which, according to the company, centers around the "development of the first commercial lithium project in Arkansas, which is to be constructed at an operational Lanxess facility in El Dorado."

The project, referred to as the Smackover lithium project, proposes to enable lithium extraction on already-existing infrastructure designed to extract bromine from brine, in this case the Lanxess plants located in Union County.

"El Dorado has played an important role in the Arkansas and American energy economy for the last 100 years. We're hoping the work we're doing with Lanxess and the lithium development project that we can help growth for the next 100 years. The investment we've made in the charging station just reflects what we recognize when we see what's going on in El Dorado," Mintak said.

Mintak also celebrated the lack of "red tape" in realizing the project in El Dorado.

"This was an idea we had, bringing in the college who brought in Adopt-a-Charger and Entergy. From conception to pulling the trigger it was a few months then literally two weeks to get it installed. You couldn't see that anywhere else in the country," Mintak said.

Adopt-a-Charger is a nonprofit focused on accelerating the adoption of electric vehicles through private sponsorship partnerships to place EV chargers around the country.

Hutchinson highlighted the economic promise of both lithium and electric vehicles.

"It's an exciting project to see lithium that is so critical to our nation and world being looked at here in south Arkansas, and we wish [Standard Lithium] all the success," Hutchinson said.

"You need, for electric vehicles, first of all steel; to make sure you have lithium for batteries; and the electric charging stations to make them realistic. Arkansas will soon pass Pennsylvania as the number one steel producing state in the nation. With the hope of lithium production, of course, we're going to be looking at more efficient batteries and being able to meet that need," he continued.

The governor went on to emphasize the chargers' place as some of the first EV infrastructure in the region.

"We need charging stations as a network all across Arkansas and El Dorado, as usual, is taking the lead," he concluded. 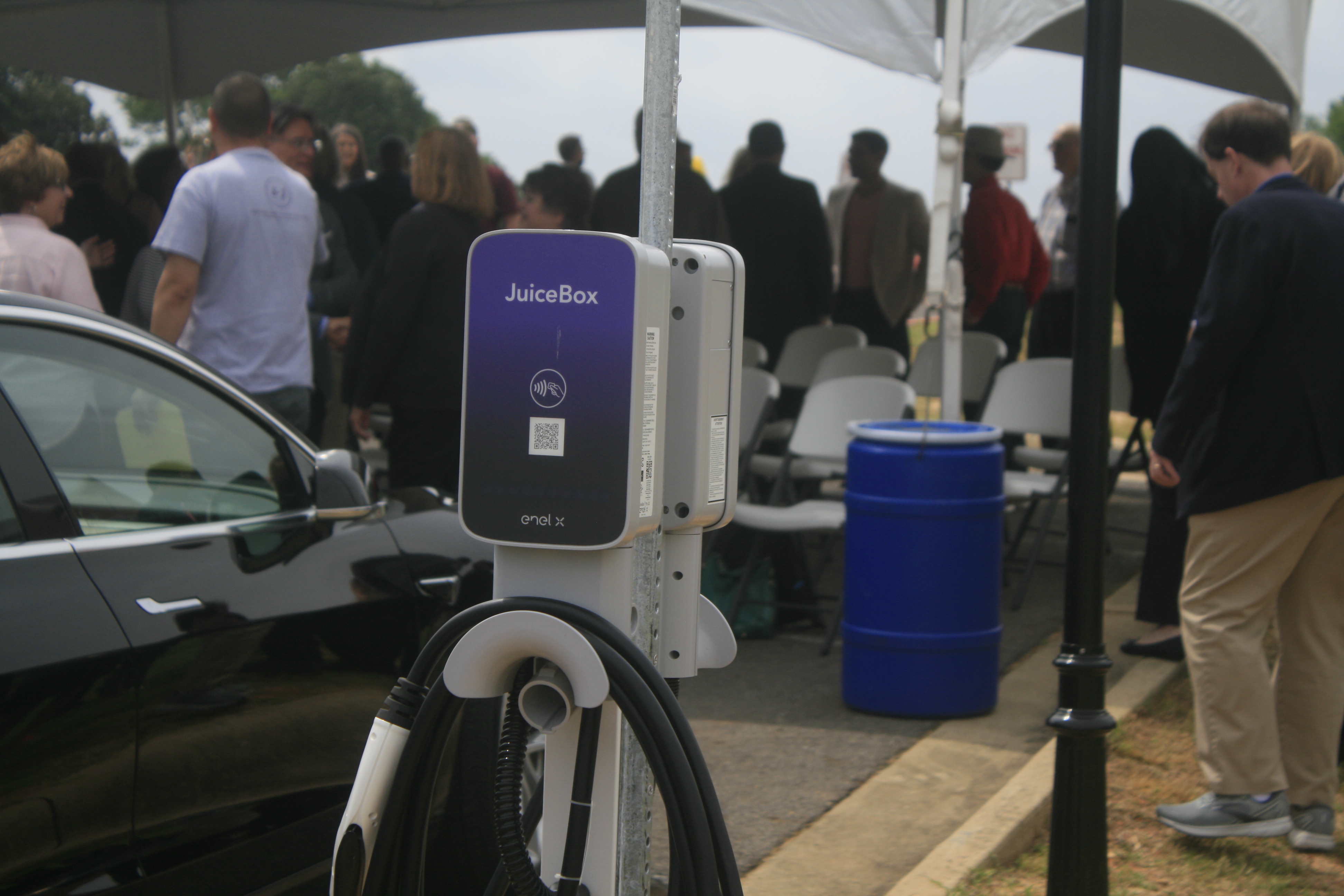