On the front lines of the tearing of our social fabric 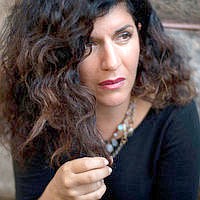 PITTSBURGH -- When the Hampton Battery was dedicated here in 1871 to a young Civil War soldier who lost his life protecting the Union at Chancellorsville, Virginia, the granite monument was a point of pride for residents of this neighborhood. They would stroll along the trails of the lush park filled with trees located across the street from their homes along Cedar Avenue to honor the local hero.

Today, the battery's founder, Capt. Robert B. Hampton, who was remembered by the men who served under him as a born commander with "the chivalric nature of an honorable gentleman," is now part of a different carnage in America as he stands watch over an open heroin market that has taken over the once-grand park.

Residents say the Civil War statue is literally surrounded by drug dealers, buyers and users around the clock. They are getting more aggressive with panhandling, trespassing and theft.

Just yards away, along the old Pennsylvania canal, a man walks down the street, carrying a brand-new patio chair stolen from the porch of a nearby home, toward the new and growing homeless camp. Last week, there were two tents or makeshift abodes. Now, there are over a dozen.

On the sidewalk, a woman dances erratically in her socks, her hoodie pulled up over her head. She then abruptly collapses in the street; within minutes, the medics arrive, and she is revived. She then continues on despite having overdosed minutes earlier.

Heroin and opioids make people desperate. Yet all that residents say they hear from elected leaders is "we can't do this" or "we can't do that." No one is saying, "Let's try this," or "We need to come up with a solution."

Last week, the city of Pittsburgh announced that it was delaying the opening of the Sue Murray city pool, where hundreds of children, predominantly black and often living below the poverty line, would normally be enjoying each other's company and a cool dunk. Instead, it is shuttered. City officials say the reason is that there aren't any lifeguards to fill the positions. Parents say it is because of the dangers their families face just walking the 50 yards from their homes at The Commons, a federally subsidized housing development, to the pool.

Law-abiding citizens in this neighborhood, black and white, say they don't understand why their peace of mind, quality of life, safety, respect and dignity have to be sacrificed so that clever politicians can continue to ignore the massive drug problem nearby.

We are watching in real time the unraveling of our social fabric in cities, suburbs and small towns. It is decaying right before our eyes, with governmental and political inertia making it all possible.

We have allowed the powerful drug cartels, which have infiltrated our communities directly and indirectly as they boldly traffic fentanyl and methamphetamine across the border, to take the lives of addicts and destroy communities' cohesion. The consequences go all the way down to young children who lose hope because they cannot even go to the neighborhood pool.

We are also experiencing a catastrophic rise in murder rates after years of decline. In 2021, the U.S. suffered from the fastest murder-rate increase in the world.

The overall murder toll grew in a single year from 16,669 victims to more than 23,000 victims -- a number that Foreign Policy magazine reported as the largest single-year increase in U.S. history.

The political class does nothing. It allows a massive flow of people across the border, with many crossers tied to cartels. President Joe Biden has weakened the actions of police forces across the country and attempted to address the drug crisis by emphasizing harm reduction. Criminals know that the consequences of their actions are no longer what they used to be.

The result is this systematic killing of the American spirit -- not just in this neighborhood, but in cities, neighborhoods and suburbs across the country. It changes how people socialize, send their children to school and view government, institutions and politics.

This ugly reality will affect the elections this fall, probably far more than the political class understands. Why? Because they never take the time to walk down a street like Cedar Avenue and ask how it is going. More importantly, they take for granted that they will always have the voters they have always had, never realizing most people have a breaking point.

Print Headline: On the front lines of the tearing of our social fabric