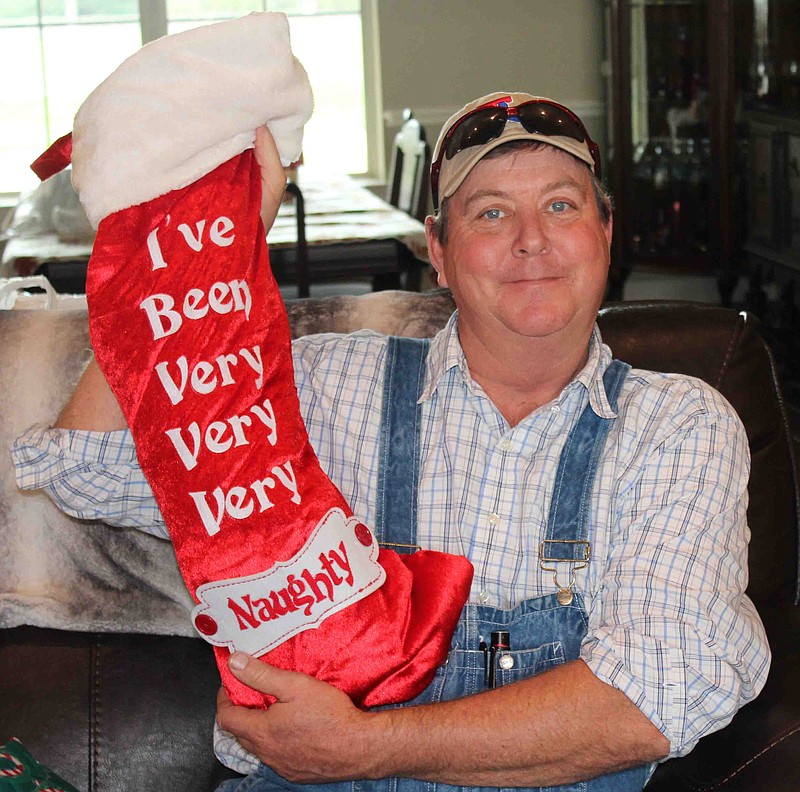 George Washington Glover, 57, a resident of Junction City, AR, passed away Sunday, June 19, 2022 at home after a brave fight against cancer.

George was born on July 30, 1964 in Bernice, Louisiana and was one of the largest babies born at that hospital…. weighing in at almost 13 pounds. He was named after his grandfather with the exact same name and was the first-born son of Jerry S. Glover and Patricia A. Glover. He lived in Junction City, Arkansas where he attended Junction City Schools. He fell in love with Theresa (Smith) Glover, and they were married in May 1992 after a very long courtship. You could say “they wanted to be sure”. They just celebrated their 30th wedding anniversary on May 22, 2022.

After High School, George worked for his parents at Glover Custom Wood after a brief employment elsewhere. In 1997, George and his brother Greg took over the family business that their parents proudly started in 1960. George had the ability to build or fix anything just like his Dad. He engineered many pieces of machinery while running the company with his brother. Although George and his family moved to town later, he built their home on the family farm where he lived for most of his married life.

George was a member of First Baptist Church in Junction City. He was known for many things. He was a gentle giant, a great listener, protector, joker, family man, wonderful Dad, husband, brother, uncle, coach and a friend to many, many people. George never met a stranger. Everyone loved George!

Some of George’s hobbies included freshwater fishing; bow fishing; hunting, wood working projects, making things for family members; watching westerns and girls’ softball. George played baseball in high school and was part of the teams that won state championships in 1980 and 1981. He was a black belt in Taekwondo and competed in several tournaments in his younger days. He was a coach for the boys baseball and girls softball for many summers. George was instrumental in building the Junction City boys and girls youth baseball and softball facilities. It was joked that the girls batting cage could double as a tornado shelter because it was built so well.

George is preceded in death by his parents Jerry Schaer Glover and Patricia Ann (Slaughter) Glover.

Visitation with the family will be from 5:00 to 7:00 on Wednesday, June 22, 2022 and the funeral service on Thursday, June 23, 2022 at 11:00 with Pastor John Ayres officiating. Both Visitation and the Funeral Service will be held at Mt. Union Baptist Church, 653 Mt. Union Rd, El Dorado, AR. A private burial will follow at Roselawn Cemetery in Junction City, AR.

God blessed us all with this very special man named George Glover. He will be deeply missed as a loving husband, father, grandfather, brother, neighbor and friend. A special thanks to all of George’s friends that took time to stop by to visit or call during his illness.

In lieu of flowers, donations may be made in George’s memory to the Roselawn Cemetery, 700 West Holly, Junction City, AR 71749 OR #Teamcorrie Cancer Foundation, 195 Parker Dr.; El Dorado, AR 71730 OR donor’s choice.