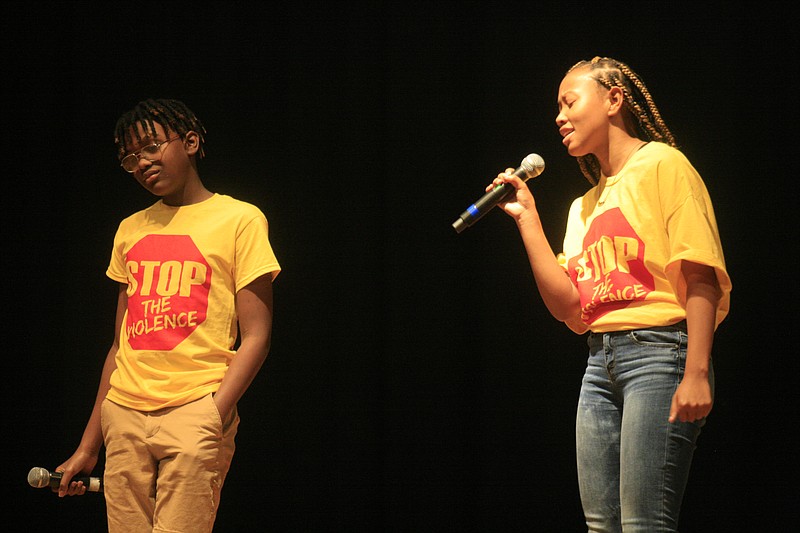 Duo Heaven and Jamarre were one of many musical acts who performed at the Juneteenth Jubilee on Sunday. (Matt Hutcheson/News-Times)

Angula Davis and Shemekia Morgan served as co-emcees for the event and helped introduce the many performers and speakers.

The Jubilee, which was preceded by "Posters on Parade" on Friday and the "Kickball Kickback" on Saturday, was both a celebratory event that showcased local performers and speakers and a somber one that examined the effects of violence on people and the community at large.

Following a prayer by Davis, three Upward Bound students took the stage to read Psalm 100 and a short history of Juneteenth and the end of slavery in the U.S. and to kick the event off with the first of many songs, a performance of the gospel song "No Weapon."

Next up, a youth group – the Fab Five, representing service organization Meet Me at the Court -- performed a song, followed by song performances by local gospel duo Kevonte and Davonte.

Davis took time to speak, looking out on the many attendees sporting the "Stop the Violence" shirts handed out before the event, on the subject of violence.

"I had a brother who was killed in 2005 and I remember – it's one thing when somebody has a sickness and dies and you get the news, but it's another when you get the call that they've been killed, and you have to digest all of that. It's not real until you see them in the casket and everything is over... It doesn't matter if you're rich or poor... that day. We have to walk in love," she continued, before asking for a moment of silence for victims of violence.

The Rev. Vernon Crew next took the stage to speak about the effects of violence and read a selected poem.

"It's a sad situation. In some towns three times as big as this, you don't have (anything) going on to the magnitude as in El Dorado, Arkansas. I stayed in Harlem, on Sugar Hill -- one of the baddest places in New York -- there's nothing like this I've ever seen. Out there, the church and community knew what was going on, and nothing of this magnitude was going on," Crew said.

"Nobody has been taught what pain is, what suffering is. After it's over with, you have to face the consequences of it; there's consequences for your actions – for every action there's a reaction. Don't think that when you do something that when they get through with you that you can say, 'can I go home now,'" Crew continued.

El Dorado City Council member Willie McGhee, who founded Stop the Violence, spoke near the close of the event.

"My sister got killed when I was 12... My sister was awesome, beautiful, a lot of fun and I wish she had been around to see me grow to be a man. That's why we're here today – we have young people who aren't able to grow up to be a man or a woman, to actually live a long life and let their hair get grey. That's the goal – I want my kids and grandkids to live a long life. We have to make a path, because we're all here in this building standing on someone's shoulders," McGhee said.

Juneteenth, officially made a federal holiday in 2021, marks the end of the enslavement of African-Americans in the U.S.

Although President Abraham Lincoln issued the Emancipation Proclamation on Jan. 1, 1863, slavery persisted in parts of the South during the Civil War. Union soldiers arrived in Galveston on June 19, 1865, and announced the news of the Proclamation, more than two years after it went into effect, and Juneteenth marks this date. 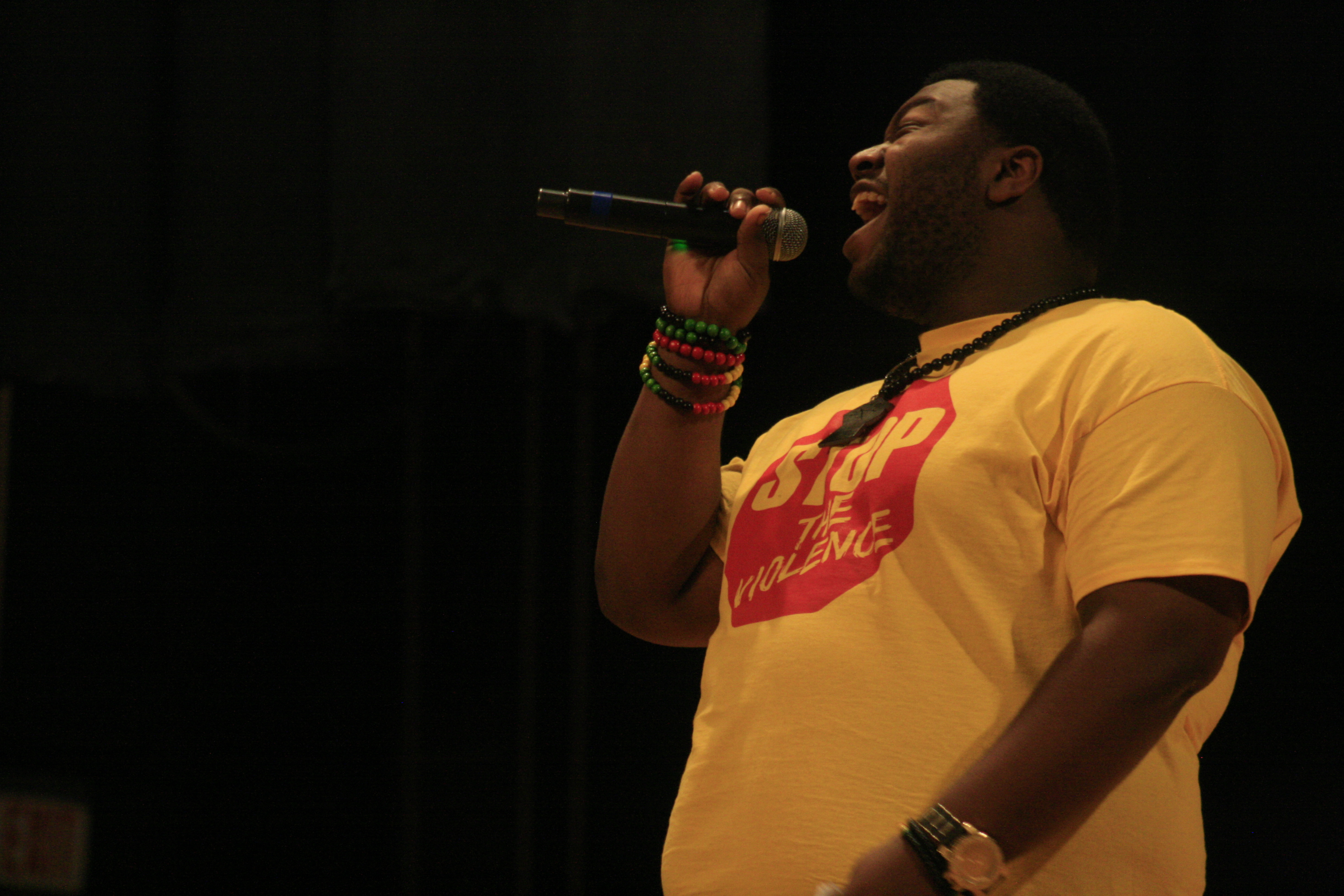