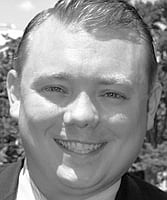 While Americans prepare to gather for Independence Day on July 4, there is a silent crisis that threatens the quality of life for every American.

Since the start of COVID-19, increasing attention has been paid to shortages across our supply chains. From baby formula to auto parts, it seems like everything is out of stock. But unlike many products, patients can't afford to wait around for drugs and medical supplies to arrive.

Congress has a rare opportunity to work in a bipartisan and bicameral fashion to improve medical supply chain security, reduce the United States's dependence on China for pharmaceuticals, and foster U.S.-made manufacturing of drugs, devices, and personal protective equipment.

"We need to incentivize production here at home," said Tony Paquin, Chief Executive Officer at iRemedy Healthcare, Inc. "The only way to do that is to have U.S. suppliers to ensure there's a network to get critical products to patients."

Paquin's comments, like many across the industry, have resonated in the halls of Congress, where legislation is coming forward to incentivize production. The Manufacturing API, Drugs, and Excipients (MADE) in America Act, introduced by Republican Sen. Tim Scott of South Carolina and Democratic Sen. Jacky Rosen of Nevada, would improve the way the U.S. Food and Drug Administration conducts foreign facility inspections. Additionally, the bill creates a new tax credit for those companies that set up manufacturing operations in the United States.

Another bill, the American Made Pharmaceuticals (AMP) Act, introduced in the U.S. Senate by Arkansas Republican Tom Cotton and Minnesota Democrat Tina Smith would directly benefit American employers, workers, and consumers. If signed into law, it would secure the supply chain and expand American manufacturing jobs by incentivizing the preference of generics, biosimilars, and critical medicines made in America.

"We need to be strategic about this," said Capt. Howard Crawford, Vice President of Government Relations at Amneal Pharmaceuticals. "In order to be responsive to the current supply chain backlog, we need to leverage the immense purchasing power of Medicare to make sure that U.S. and ally made products are at the forefront, especially for our warfighter population."

It's not just about making products at home, though, it's about knowing which products are essential in the event of another public health emergency, or even another global pandemic. A third piece of legislation, the Essential Medicines Strategic Stockpile Act (EMSSA) would require the Department of Health and Human Services to establish a list of 50 generic medications that are essential in public health emergencies.

Once determined, the U.S. government could harness the innovation of the private sector to contract with the government to stockpile the medications within their own supply chains. Companies would also be required to continuously cycle the additional product through their supply chain to avoid any expiration issues while maintaining a six month supply of the product that the federal government can access at any moment.

This pilot program, introduced by Democratic Rep. Lisa Blunt-Rochester of Delaware and Republican Rep. Buddy Carter of Georgia, would be the first of its kind.

"I think what we're really seeing with legislation like EMMSA is a well-placed trust in the value of public-private partnerships," said Beth Mitchell, senior director of government affairs at AmerisourceBergen. "It takes a network of manufacturers, distributors, and public health stakeholders to deliver for the American people, and that's what we're trying to achieve."

The Securing America's Medicines and Supply Coalition, of which AmerisourceBergen, Amneal, and iRemedy are all members, endorsed these three bills last year as part of a slate of endorsements. Since then, the coalition has been on a mission to tell Congress just how broken the medical supply chain is.

"I think, especially in recent months, there's been increased attention paid to the issue," said David Sanders, the coalition's executive director. "Now, it's a matter of putting the right resources in place to make sure our supply chain is never again at risk like it is now."

Over 200 years ago, our founders fought for our independence from tyranny (in the form of Great Britain). Today, our leaders should make the choice to uphold those same values by utilizing the economic and governmental tools at our disposal. Now is the time to secure the safety of American patients and ensure that we do not have to be reliant on foreign made manufacturing.

Matt Mackowiak is the president of Potomac Strategy Group, a Republican consultant, a Bush administration and Bush-Cheney re-election campaign veteran and former press secretary to two U.S. senators. His national politics podcast, "Mack on Politics," may be found on iTunes, Google Play, and Stitcher.