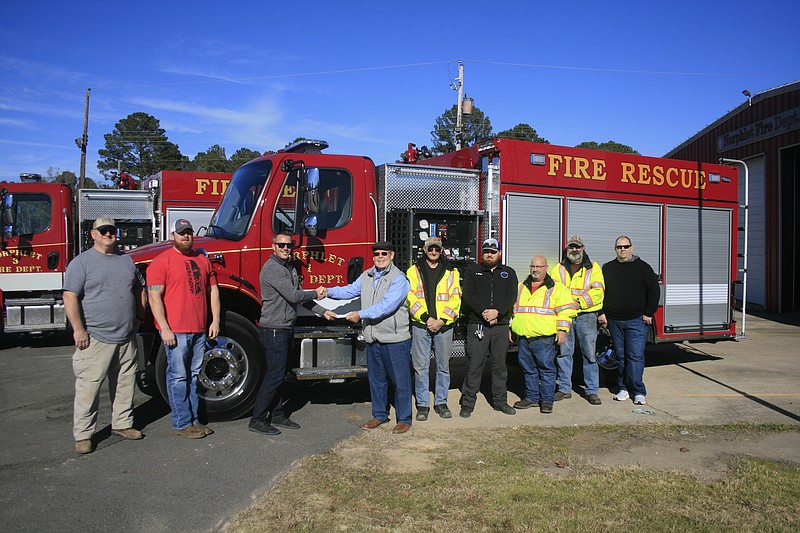 Norphlet Fire and Rescue on Wednesday welcomed a brand new truck into their fleet that will allow the department to respond to calls in their rural coverage area with up to 5,000 gallons of water pre-loaded when combined with their current capabilities.

Fire Chief Sonny Harper said the city of Norphlet purchased a truck several years ago made by the same company -- Pierce Manufacturing -- and decided recently to replace a decades-old department vehicle with the new truck. The truck was purchased through Conway-based company Emergency Vehicle Specialists.

"We bought our truck - what we call the #3 truck - and it has worked so well with our department and the way we run. We paid it off in five years and the city was good enough to let us get another," Harper said.

The new truck -- designated the #1 truck -- represents an immediate improvement in capabilities for the department.

"When we pull up at a fire now, we will pull up with 5,000 gallons of water. It will help us out in the county; we won't have to worry about a plug and will be ready," Harper said.

Harper went on to say that his department currently maintains a 3 ISO rating. Fire departments are rated from 1-9 based on capabilities, equipment and manpower, with lower numbers representing higher capabilities. The new truck, he continued, will help the department maintain their rating.

"A 3 rating for a volunteer department is something to be proud of," he said.

Norphlet Mayor Jim Crotty said the council decided to move forward with purchasing the truck last October. It cost around $250,000," he said.

"This truck is a great addition to the Norphlet Fire Department and it would not be possible without Chief Sonny Harper and the city council," Crotty said.

Harper went on to explain other new assets the truck brings to the department.

"When I started here in 1987, we had one truck and a piece of one... On this truck, there is a set of extra casing tools that are battery-powered and it also has a 1,000 gallon-per-minute deck gun. It will also be equipped with all the ISO-regulated equipment," he said.

Department personnel were already preparing the truck for service immediately after delivery Tuesday. 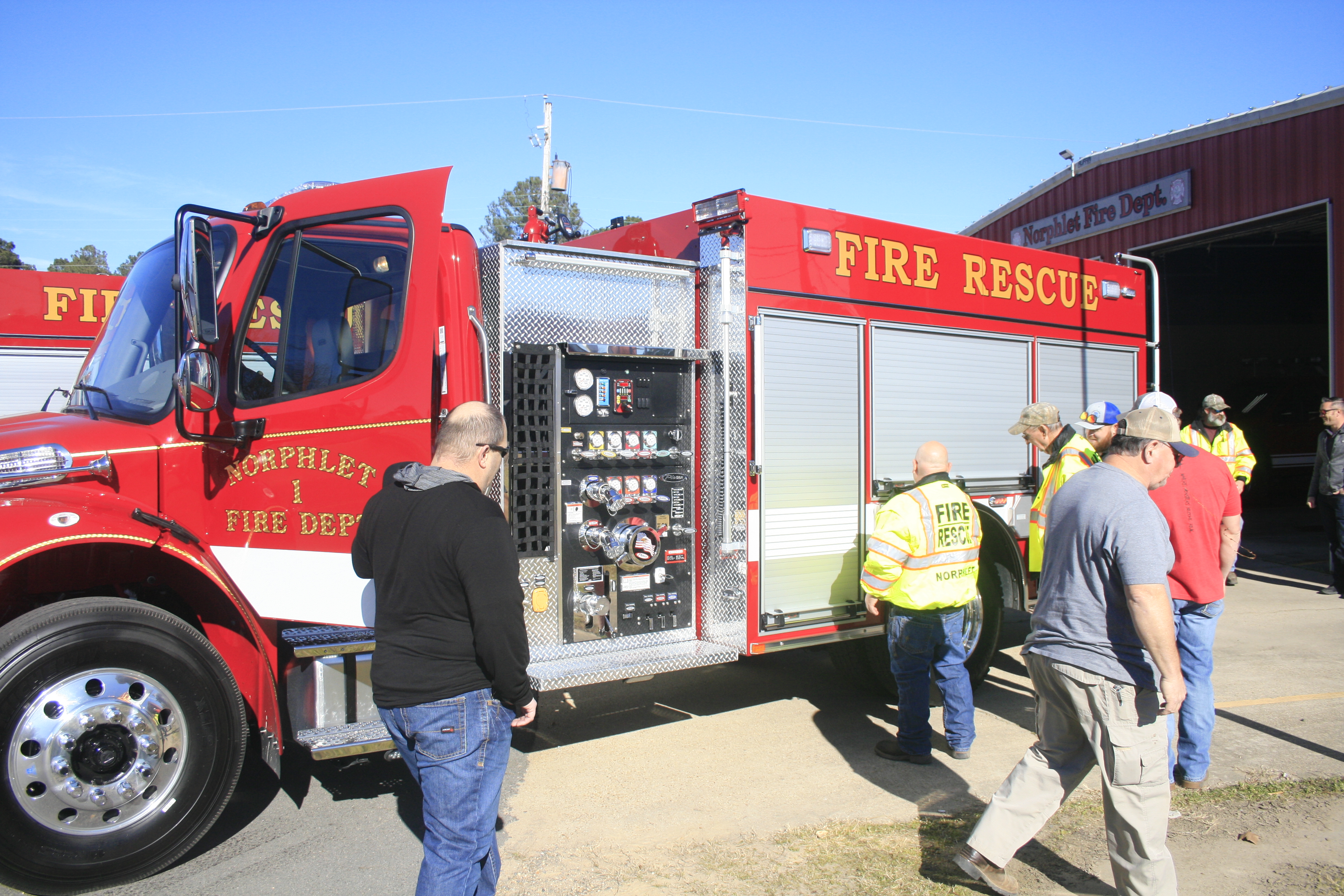 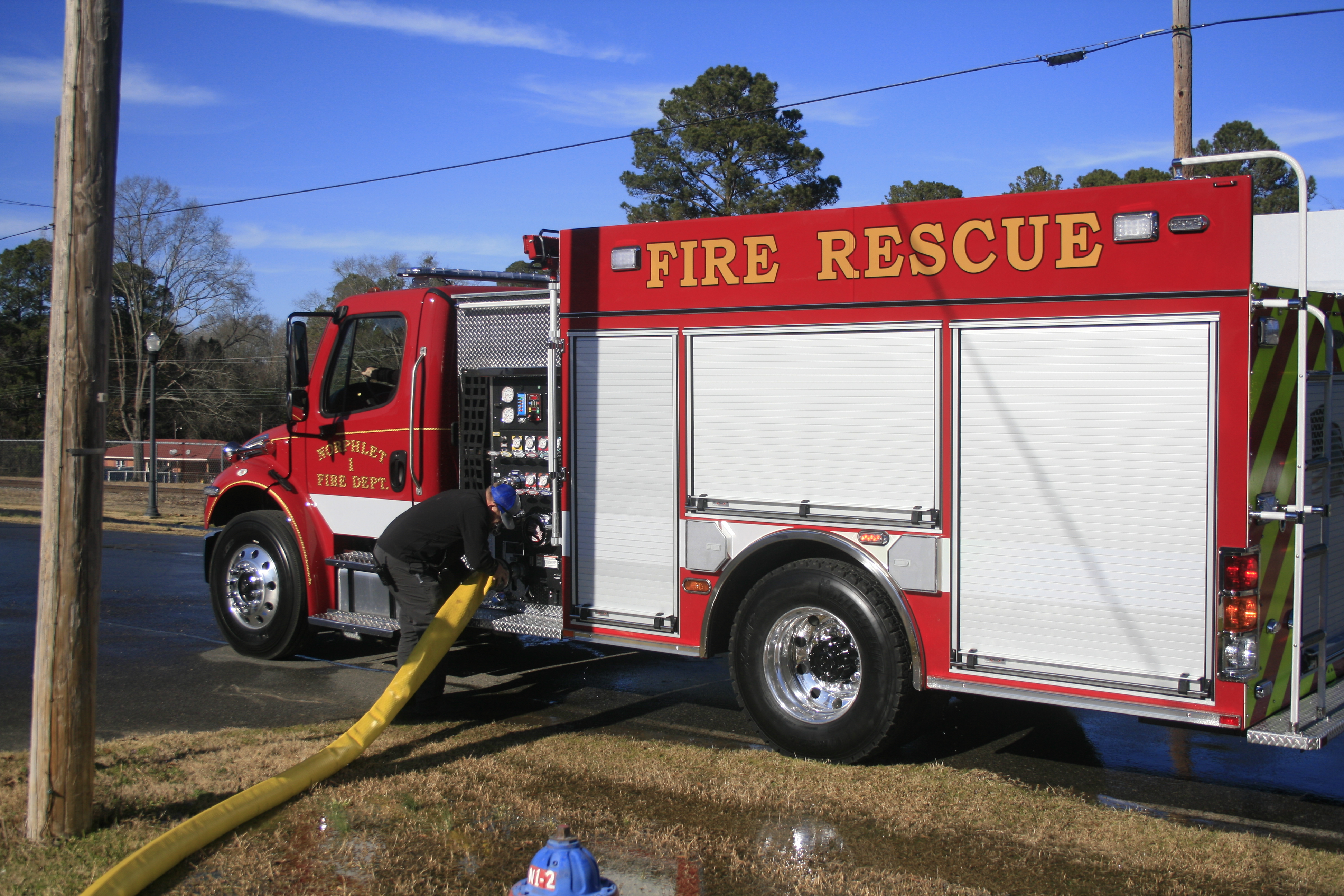 Firefighter Stormey Primm helps prepare the Norphlet department's new truck for service, filling the tank with water from a nearby hydrant. (Matt Hutcheson/News-Times)