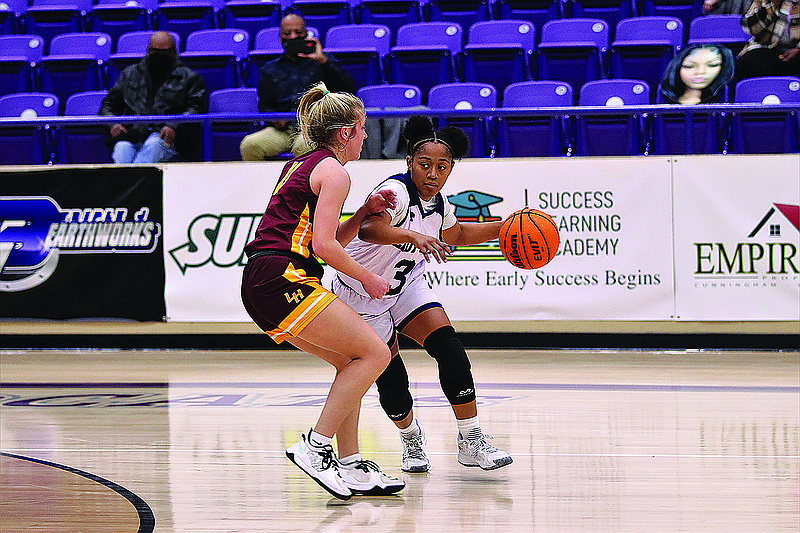 A nearly two-week layoff wasn’t a good thing for El Dorado’s varsity girls, who hosted the conference leading Lake Hamilton on Friday at Wildcat Arena. The Lady Wolves took advantage of the Lady Wildcats’ cold shooting and ran away with a 65-40 victory.

For the Lady Wildcats, their shooting percentage was as frigid as the temperature outside the arena.

“We couldn’t get the cap off the basket,” said El Dorado girls' coach Ashlee Curtis. “We had a lot of great looks. We just couldn’t convert.”

Lake Hamilton jumped out to a 24-9 lead in the first quarter and built a 42-19 cushion at the intermission. The Lady Wolves outscored El Dorado 18-7 in the third quarter.

“The time off did hurt us. We finally got in a flow of things. No matter how hard we practiced it, it just didn’t match up to a real game,” said Curtis. “For the next break, hopefully it won’t be until next year, I will have to change some things up.”

For El Dorado, the quality of opponent might’ve also had something to do with the performance.

“Lake Hamilton was, by far, the best all around team that we have matched up against. We have a lot of growing to do but we are going to get there,” said Curtis.

“I’m blessed with athletes that will respond to this downfall. We are taking this one to the chin and moving on. We have a lot more games and are back in the lab Sunday.”