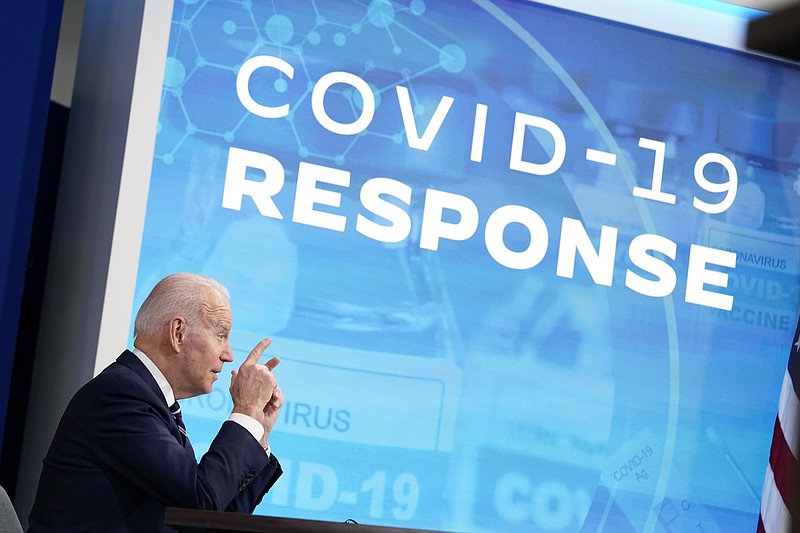 WASHINGTON (AP) -- President Joe Biden announced Thursday that the government will double to 1 billion the rapid, at-home COVID-19 tests to be distributed free to Americans, along with "high-quality masks," as he highlighted his efforts to "surge" resources to help the country weather the spike in coronavirus cases.

Many facilities are struggling because their workers are in at-home quarantines due to the virus at the same time as a nationwide spike in COVID-19 cases. The new deployments will be on top of other federal medical personnel who have already been sent to states to help with acute shortages.

Biden acknowledged, "I know we're all frustrated as we enter this new year" as virus cases reach new heights. But he insisted that it remains "a pandemic of the unvaccinated."

Vaccinated and unvaccinated people test positive for the virus, but Biden noted medical figures showing that people are far less likely to suffer serious illness and death if they've received a shot: "What happens after that could not be more different."

Biden's comments come as his administration's focus is shifting to easing disruptions from the spike in cases that is also contributing to grocery shortages and flight cancellations, rather than preventing the transmission of the virus.

On Tuesday, Janet Woodcock, the acting head of the Food and Drug Administration, told Congress the highly transmissible strain will infect "most people," and the focus should turn to ensuring critical services can continue uninterrupted.

"I think it's hard to process what's actually happening right now, which is: Most people are going to get COVID, all right?" she said. "What we need to do is make sure the hospitals can still function -- transportation, other essential services are not disrupted while this happens."

Biden said he is directing his team to double its procurement of rapid COVID-19 tests to be delivered for free to Americans through a forthcoming federal website, as he seeks to respond to criticism over shortages and long lines for tests. The initial order was for 500 million tests, and now the federal government will purchase 1 billion at-home testing kits.

The initial batch of test kits will be available starting next week, Biden said, when the administration launches a new website where Americans can request the free tests. The rest of the tests will be delivered over the coming months.

Biden also announced for the first time his administration was planning to make "high-quality masks," including N95s, which are most effective at preventing transmission of the virus, available for free. He said his administration would announce details next week.

The federal government has a stockpile of more than 750 million N95 masks, the White House said this week. And though research has shown those masks to be better protection, they are often more uncomfortable, and health officials are not altering their guidance to recommend against less-protective cloth masks.

The best mask "is the one that you will wear and the one you can keep on all day long, that you can tolerate in public indoor settings," Dr. Rochelle Walensky, director of the Centers for Disease Control and Prevention, said Wednesday.

Biden encouraged Americans to wear masks when indoors to slow the spread of the virus, even as he acknowledged they're a "pain in the neck"

"Next week we'll announce how we're making high-quality masks available to the American people for free," he added.

During Thursday's remarks Biden was joined by Defense Secretary Lloyd Austin, who recently recovered from his own case of COVID-19, and FEMA Administrator Deanne Criswell. They were hearing about the work of the more than 800 military personnel who have been helping civilian hospitals since Thanksgiving and the more than 15,000 National Guard members whose work supporting vaccinations, testing and caring for patients is being covered by the federal government.

The White House said the they spoke with federal personnel who are already on the ground in Arizona, Michigan and New York to hear about their experiences.

Gen. Dan Hokanson, chief of the National Guard Bureau, said that as of Thursday, there are now 15,200 Guard members around the country supporting COVID-19 missions.

State Guard leaders from Ohio, New York and Colorado told reporters Thursday that they are using only vaccinated troops for missions that directly interact with the public, including at testing sites and in patient care at hospitals.

"They're not overlapping. They're complementary," he told reporters Thursday. 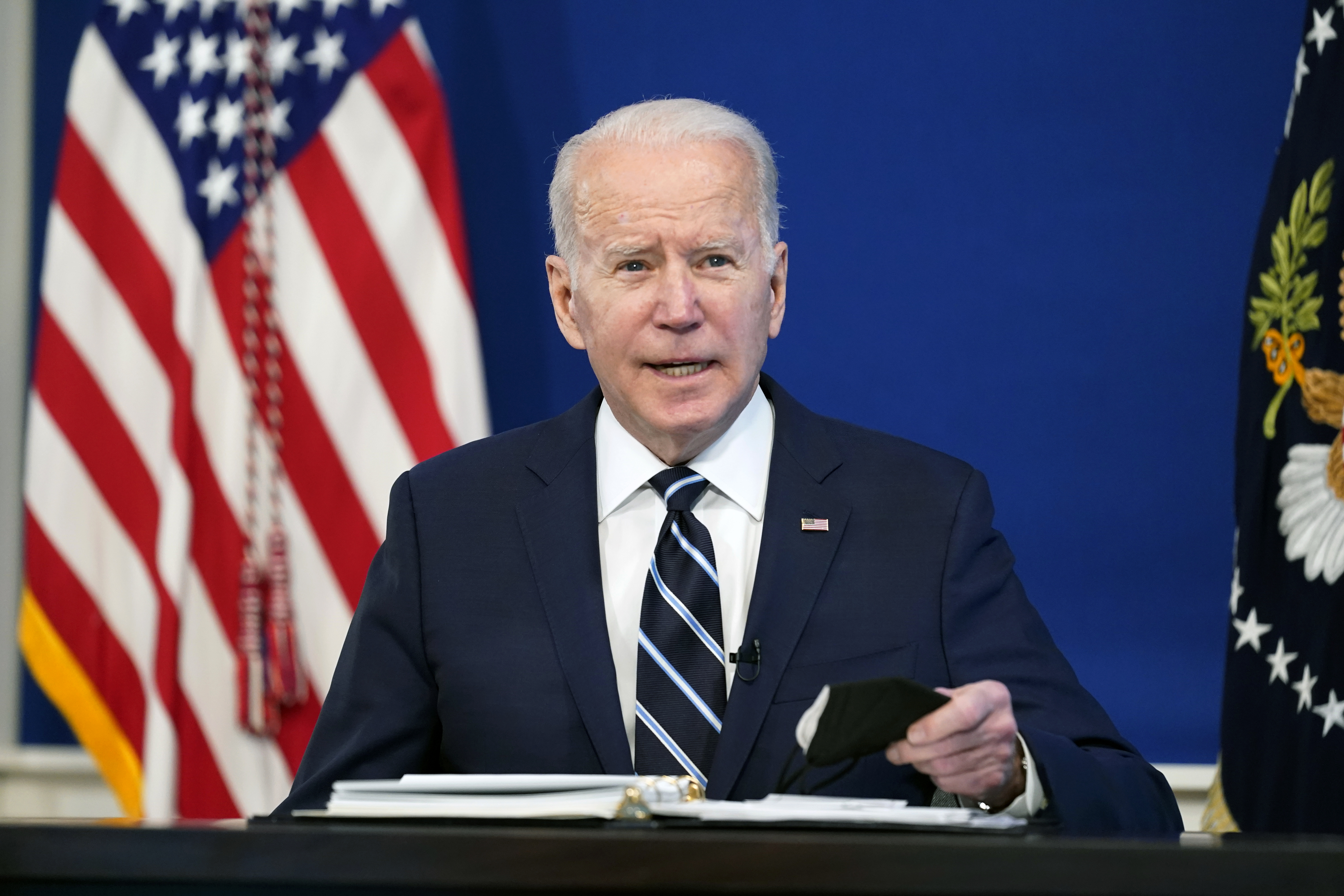 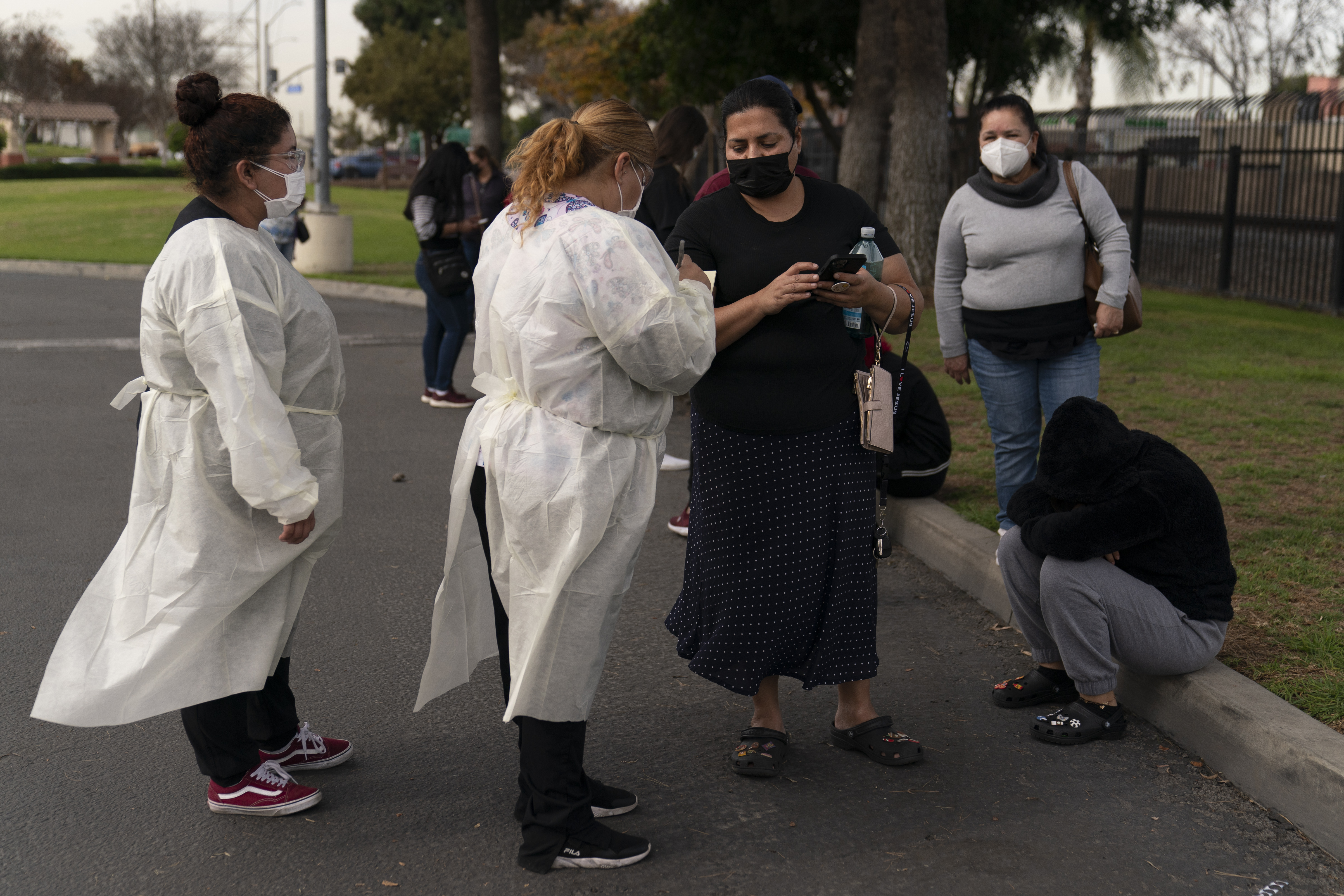 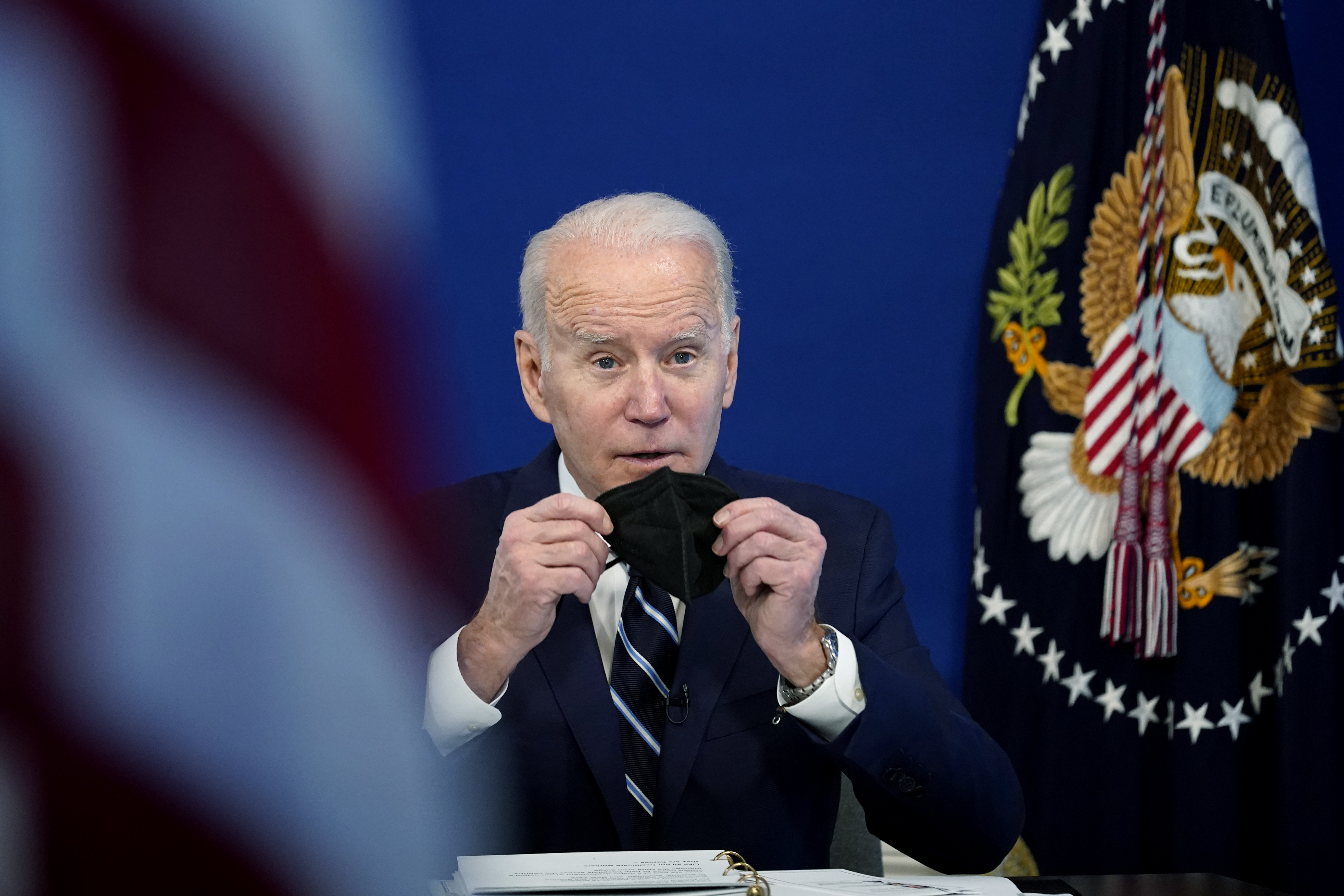 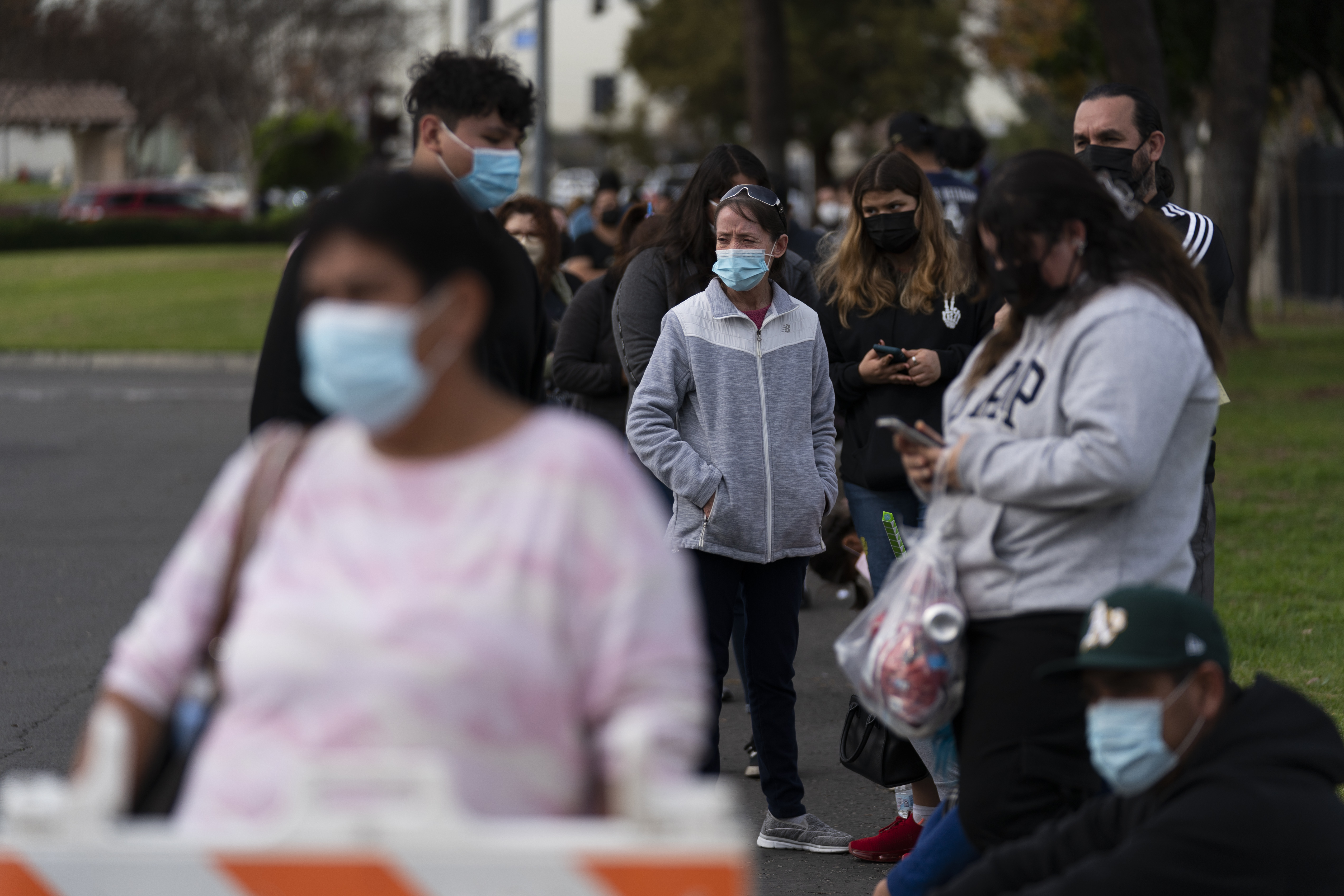 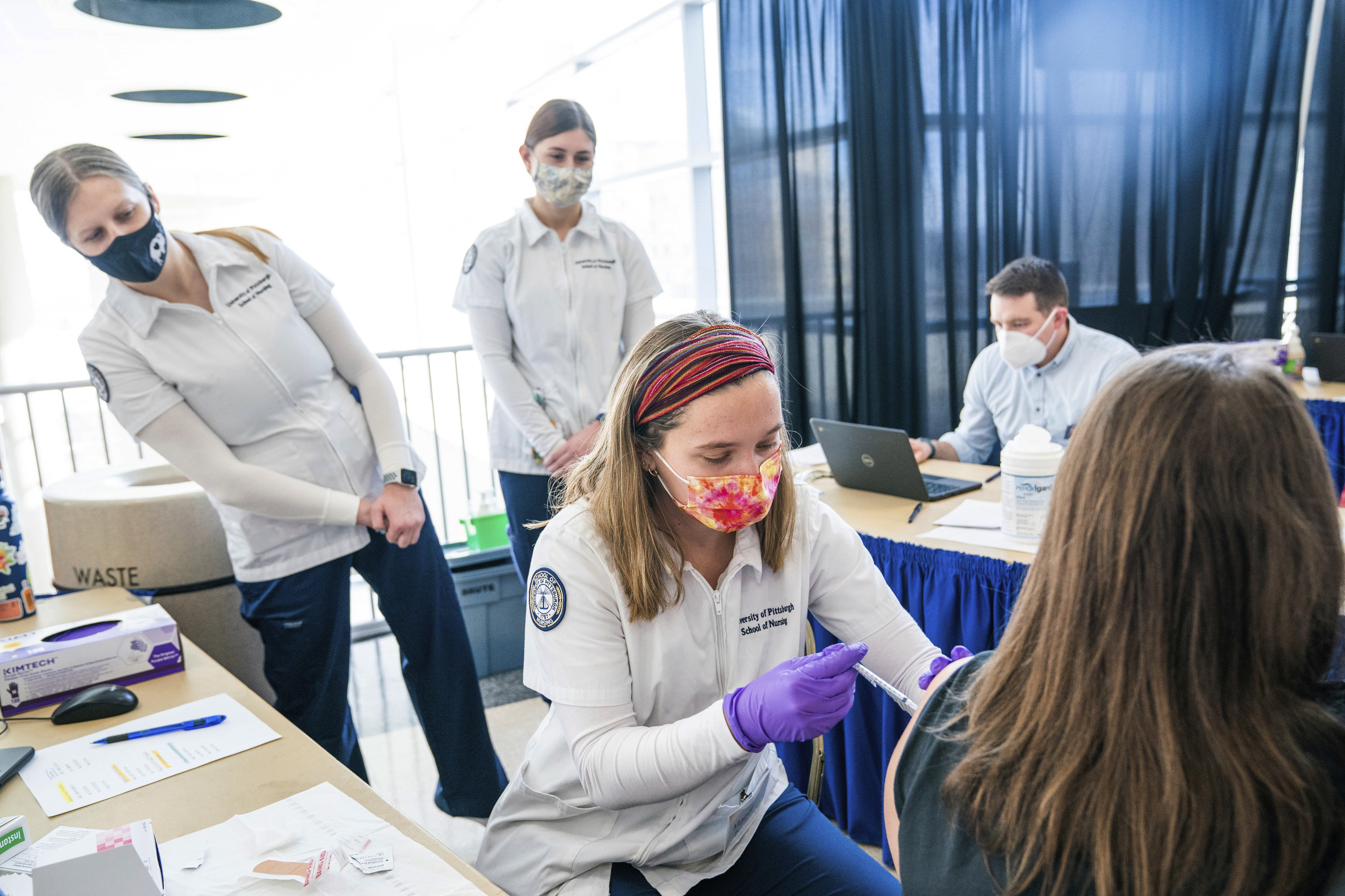