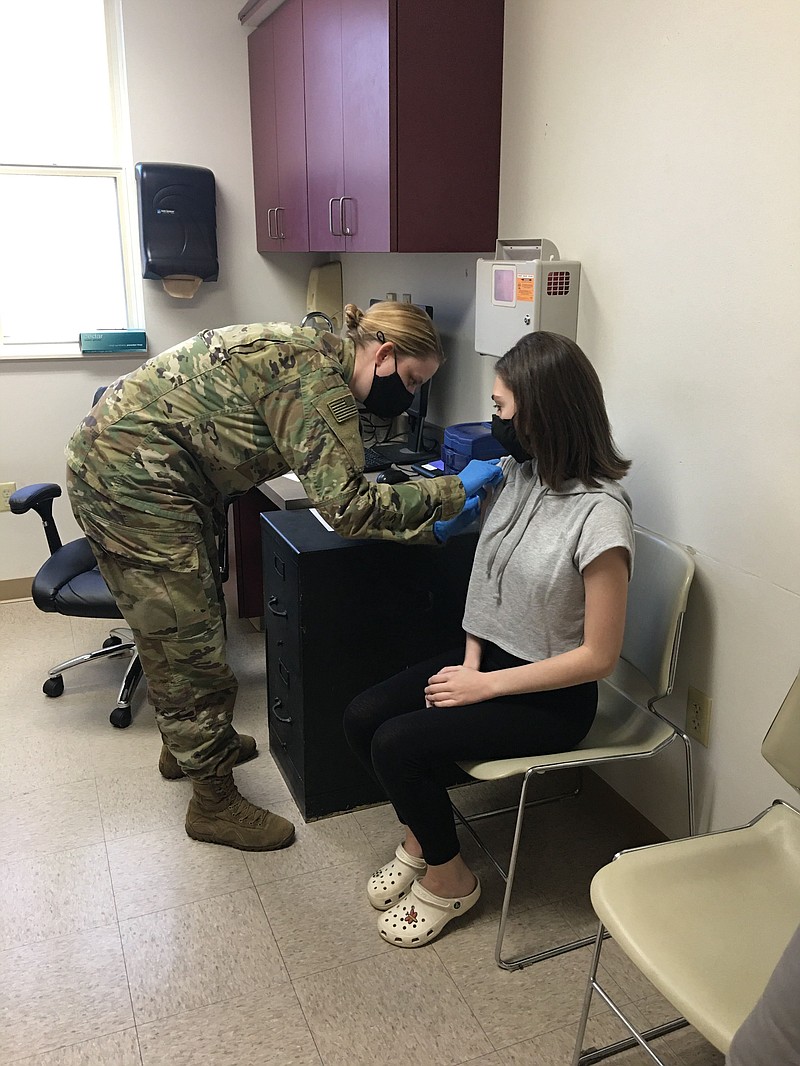 The demand for COVID-19 testing has risen dramatically recently, both locally and across Arkansas, as the highly-contagious omicron variant has raged across the state.

To assist localities in meeting the demand, Gov. Asa Hutchinson announced on Tuesday that members of the Arkansas National Guard had been deployed to sites across the state to help in testing efforts.

Lisa Antoon, marketing director for the Medical Center of South Arkansas, said the hospital, too, was seeing an increase in people looking to get tested for and vaccinated against COVID.

In addition to the National Guard's assistance in PCR testing, Hutchinson also announced in December that he'd ordered 1.5 million at-home antigen test kits that would be available to Arkansans for free. The test kits were to be distributed to partners of the Arkansas Department of Health, including local health units and public libraries.

"We handed out 150 test kits this morning in two and a half minutes," O'Connell said on Wednesday.

The story was much the same at the local health unit, McCall said; they received their first shipment of test kits on Monday and handed all of those out the same day, and a second delivery on Wednesday was set to be all gone by that afternoon, she said.

Arkansas saw its largest one-day increase in COVID-19 cases ever on Wednesday when nearly 11,000 new cases were identified. Active cases were also at their highest level ever -- more than 71,000 -- on Wednesday.

According to data from the Arkansas Department of Health, between Thursday, Jan. 6, and Wednesday, 128,028 COVID-19 tests were performed in Arkansas, including 1,584 in Union County. Of the 128,028 tests performed statewide, 44,390 returned positive, indicating a seven-day positivity rate of 34.7%. Locally, 393 tests returned positive in the same period, indicating a seven-day positivity rate of 24.8%.

"Get vaccinated, wear your mask, wash your hands and distance," she said.

For more information on COVID testing or vaccines, visit healthy.arkansas.gov.