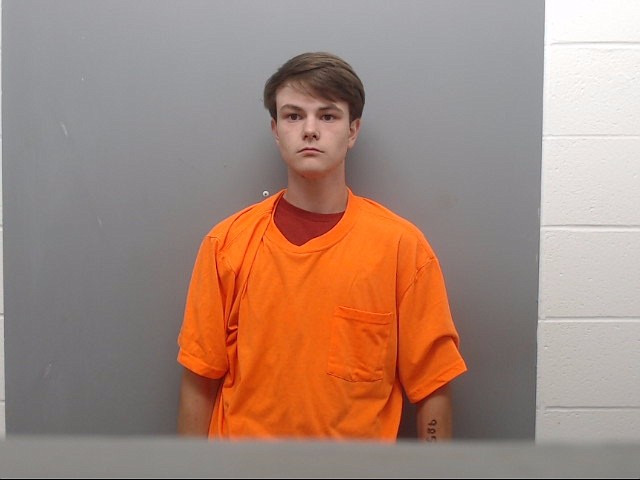 Following months of delays, the trial for Tristan Waller, an El Dorado man charged in 2019 with capital murder and attempted capital murder, is set to take place Feb. 1-3.

Waller is suspected to have been involved in the June 2019 murder of 27-year-old Brandon Parker along with co-defendant Chancin D. Hooks.

On Tuesday, a series of subpoenas were entered into court records asking the Union County Sheriff's Office to summon a number of individuals connected to the case to testify for the prosecution.

Also set to be subpoenaed to testify for the state at the trial is a family member of Parker; Randy Miller, the alleged second victim in the case; and Hooks, the co-defendant in the trial and second suspect.

According to previous News-Times reporting, on June 5, 2019, ProMed Ambulance and officers from the Union County Sheriff's Office were dispatched to a location on Strong Highway in reference to two men with gunshot wounds, Parker and Miller, of El Dorado. Parker was already in critical condition at the time emergency personnel arrived and died from his injuries soon after.

Miller was treated for facial injuries and later spoke to police, writing down his responses to investigators' questions because, at the time, he was unable to speak due to his injuries.

He told police that he and Parker had met with Waller and Hooks before the shooting to purchase drugs and were called back to their meeting location after the initial trade, at which time, Miller alleged, the two suspects ambushed them with gunfire, which he returned from the passenger's seat of Parker's vehicle, he said.

Miller himself was later arrested by the UCSO on charges of simultaneous possession of drugs and firearms, possession of a firearm by certain persons, hindering apprehension or prosecution, possession with the purpose of delivering a controlled substance and tampering with physical evidence in connection with the case.

Miller's court records allege that investigators found through confidential tips that Parker and Miller were the "sellers of the Xanax and not the buyers" and that "the Xanax being sold were not real and that was a possible reason the transaction went bad."

During a second interview with investigators, Miller allegedly admitted that he and Parker were the "sellers" of the Xanax and that he used a .45 caliber handgun to allegedly return fire at Waller and Hooks rather than a 9mm handgun belonging to Parker, both contrary to statements he gave during the initial interview. Miller allegedly assured investigators he could return with the missing .45 handgun in "a few hours," but contact was "never established" and the firearm was not at that time located by investigators.

Court records allege that a UCSO investigator found Garza-Harper "pressured" Hooks "time and time again" to "remember the story at the table" and to "fire [Hooks'] attorney." Hooks also alleged that he was "in fear of retaliation" if he did not "cooperate and corroborate the 'story at the table.'"

The document goes on to accuse Garza-Harper of removing the SIM card from "Waller's phone after the shooting occurred and [placing] it into a Zip-Loc bag." Garza-Harper allegedly told investigators she "had the SIM card removed from the phone for a period of time and then replaced it before handing the phone over to law enforcement."

Waller's trial has faced numerous delays due to COVID-19 and through continuance requests, including following the denial by the court in July 2021 of the defense's attempt to add Louisiana-based attorney John Fuller as a defense attorney.

The trial is currently set from February 1-3 on the second floor of the Union County Courthouse starting at 9 a.m., according to the subpoenas.