Active cases double in a week as omicron continues to spread 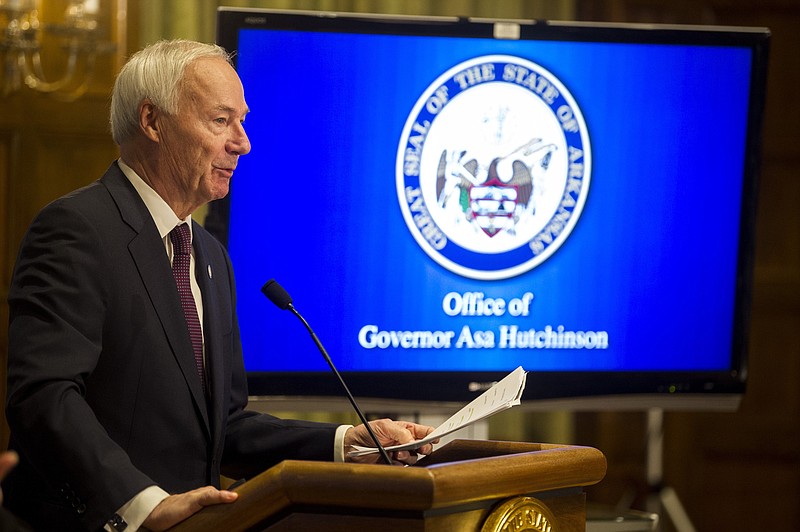 "Omicron is here. It is here, it is raging across Arkansas," Gov. Asa Hutchinson said during his weekly COVID-19 update. "The message is clear. Get vaccinated, and if you're not vaccinated, wear a mask to protect yourself and others."

Hutchinson's report on COVID spread in the state was grim this week, as he noted a rapid rise in cases, active cases and hospitalizations.

"Right now, active cases have doubled since last week; one week ago, we were at 32,000, today we're at over 64,000 active cases. Hospitalizations have increased by 373 since last week; now, we have over 1,100 hospitalized with COVID. Pediatric hospitalizations ... have increased this month; we have 50 this month so far, as compared to 41 last month, total, and, of course, we're only on the 11th day of this month," the governor said on Tuesday.

However, Hutchinson warned against panicking or advocating for drastic measures.

"What we can't do in Arkansas is to close down in-classroom instruction in our schools. It is critically important for the well-being of our young people -- for their mental health, for their development, for their education and for the stability in life that in-classroom instruction provides. The second thing we can't do is we can't argue for shelter in place for families with unvaccinated children. Can you imagine if you've got a nurse that is told they need to shelter in place because they have unvaccinated children?" he said. "And thirdly, you can't stop living. You can't be calling for suspension of public interactions. That's not where we are in our society today, and that's not what we need to get through this."

The state is taking several actions to address the rise in hospitalizations, the high demand for COVID testing and the difficulties school districts are facing due to COVID spread on their campuses.

Hutchinson said the state would be adding 265 hospital beds for COVID patients with a $50 million appropriation.

"I had the mark of 1,000 when action would be taken; now we've taken that action and that should assure us of having space into the next week or so, anyway, in terms of hospital capacity, and we will take action as needed beyond that," he said.

On Tuesday, 1,148 Arkansans were hospitalized due to COVID, including 163 in the southwest hospital region of the state, where Union County is located. Lisa Antoon, Medical Center of South Arkansas marketing director, said 23 people were being treated for COVID there on Tuesday.

"In other words, they went to the hospital for another reason and tested positive for COVID even though they might not have been symptomatic," he said. "If someone is in the hospital for some other reason, they still have to be treated as a COVID patient with PPE (personal protective equipment), hospitals have to have a level of isolation, so they do count as COVID patients, but it's important to understand that distinction."

The total number of COVID hospitalizations in the state currently still trails highs hit during the case surge last summer caused by the delta variant, when more than 1,400 hospitalizations were reported several times; however, Hutchinson said he expects the number of Arkansans hospitalized due to COVID to continue rising.

"We'll probably continue to have an increase in hospitalizations over the next week," he said.

Hutchinson said the state has started distribution of free at-home COVID tests which were ordered several weeks ago and which he said would be delivered in batches as supply allows over the coming weeks. Of the 1.5 million tests the state ordered, 211,000 had been delivered by Tuesday afternoon.

Several locations in Union County have free at-home antigen tests provided by the state available for local residents to pick up while supplies last.

While testing supplies are available, individuals are able to take one free test kit, which contains two tests, while families can take three kits, which contain six total tests.

"It is important to note that if you have symptoms on a test very early, you need to follow that with a second test... Be sure that you double up on that and double check yourself a day or two later to make sure you haven't become positive. Use your masks until then," Arkansas Department of Health Secretary Romero said on Tuesday. "It's also very important that if you test positive, you follow the CDC recommendations for quarantine; so knowing that you're positive, you then remove yourself from the community so that you don't spread the virus outside."

Romero also recommended that everyone wear masks in public for the time being.

"Anyone going out in public should be using a mask at this time. That is the safest way to protect yourself, even if you're vaccinated and even more-so if you're not," he said.

Also, Hutchinson said Arkansas National Guardsmen had been deployed to hospitals and other testing sites across the state to assist with PCR testing efforts in light of the high demand.

Arkansas Education Secretary Johnny Key announced on Tuesday that some reporting requirements for school districts would be lifted for the duration of the current surge in cases. He said school districts don't need to report probable close contacts -- COVID exposures -- for the time being, except when the contact happened during an activity when the possibility of virus transmission, such as while playing sports without a mask, is very high.

El Dorado School District Superintendent Jim Tucker said he sits on an advisory board that recommended the change to Key this morning.

"It's just less paperwork for our point-of-contact that reports to the state," he explained. "Everything else stays the same... We still contact trace, we just don't have to report it all to the state."

According to a report on active COVID cases in schools produced by the ADH on Monday, every school district in Union County was facing some degree of virus spread as of Jan. 10.

South Arkansas Community College was also included in the report with 14 active cases as of Monday and 55 total cases since the school year started.

Also, according to the Arkansas Center for Health Improvement, a health policy center, COVID-19 spread has been very high throughout Union County over the past two weeks. The ACHI's weekly report shows the number of new cases per 10,000 residents within each public school district in Arkansas over the two week-period preceding the report's publication.

Tucker said he hopes to avoid moving the ESD to virtual instruction. On Tuesday, the absentee rate for ESD students was 21%.

He said El Dorado High School has faced some challenges with staffing, due both to teacher illness and scheduled trainings, but that those have been worked out through the rest of the week and that the issue will be revisited if there is still a problem following the Martin Luther King, Jr. holiday on Monday.

During the governor's update, Dr. Romero highlighted the potential long-term complications that could be caused by COVID-19.

"With regard to children, I want to stress that this is not a benign disease. We're learning more and more about this disease and its long-term complications. Last week, a report by the CDC showed that children that had COVID are at a greater risk for developing diabetes mellitus -- that is, sugar in the blood that requires insulin use," he said.

Romero urged parents to seriously consider vaccination for their children.

"Parents need to take (long-term health effects of COVID) into account when deciding when and if to vaccinate their children," he said. "I have to say, unfortunately, in our state, only 10.3% of children between the ages of 5 and 11 are fully vaccinated, so we have a long way to go."

Local nursing homes have also reported COVID-19 cases in workers and residents. According to a report produced by the ADH on Tuesday, all five nursing homes in Union County have reported recent positive cases to the state.

Timberlane Health and Rehab reported the most cases, with one active resident case and 16 active worker cases as of Tuesday, according to the ADH report.

From Wednesday, Jan. 5, through Tuesday, 461 new COVID-19 cases were identified in Union County and the local positivity rate for that period was 26.9%, meaning that more than a quarter of people who were tested for the virus last week came back positive.

Hutchinson strongly urged Arkansans to get vaccinated against COVID-19 during his update on Tuesday.

"The best solution is to get vaccinated. While that does not eliminate every possibility of you being infected, it does diminish, greatly, that chance and it does diminish the chance of hospitalization or severe illness from it," he said.

The governor also noted that most new COVID cases (71.9%), hospitalizations (85.9%), and deaths (84.7%) were in unvaccinated people. Only 7,815 vaccine doses were administered to Arkansans between Monday and Tuesday.

"With this level of increase, this level of spread of omicron, that number needs to be higher. I can only think that the public sees this as not as worrisome as delta, and there is some truth to that, but if you want your schools to operate, if you want people to be able to work, it helps us to increase the vaccination rate in Arkansas," he said.

"We need to take the ... precautions that I've identified, including getting vaccinated. That is important," Hutchinson added. "The message is simple: get vaccinated."

Several vaccine clinics are scheduled in the coming weeks in Union County. The COVID vaccines are free and one does not need health insurance to get one. 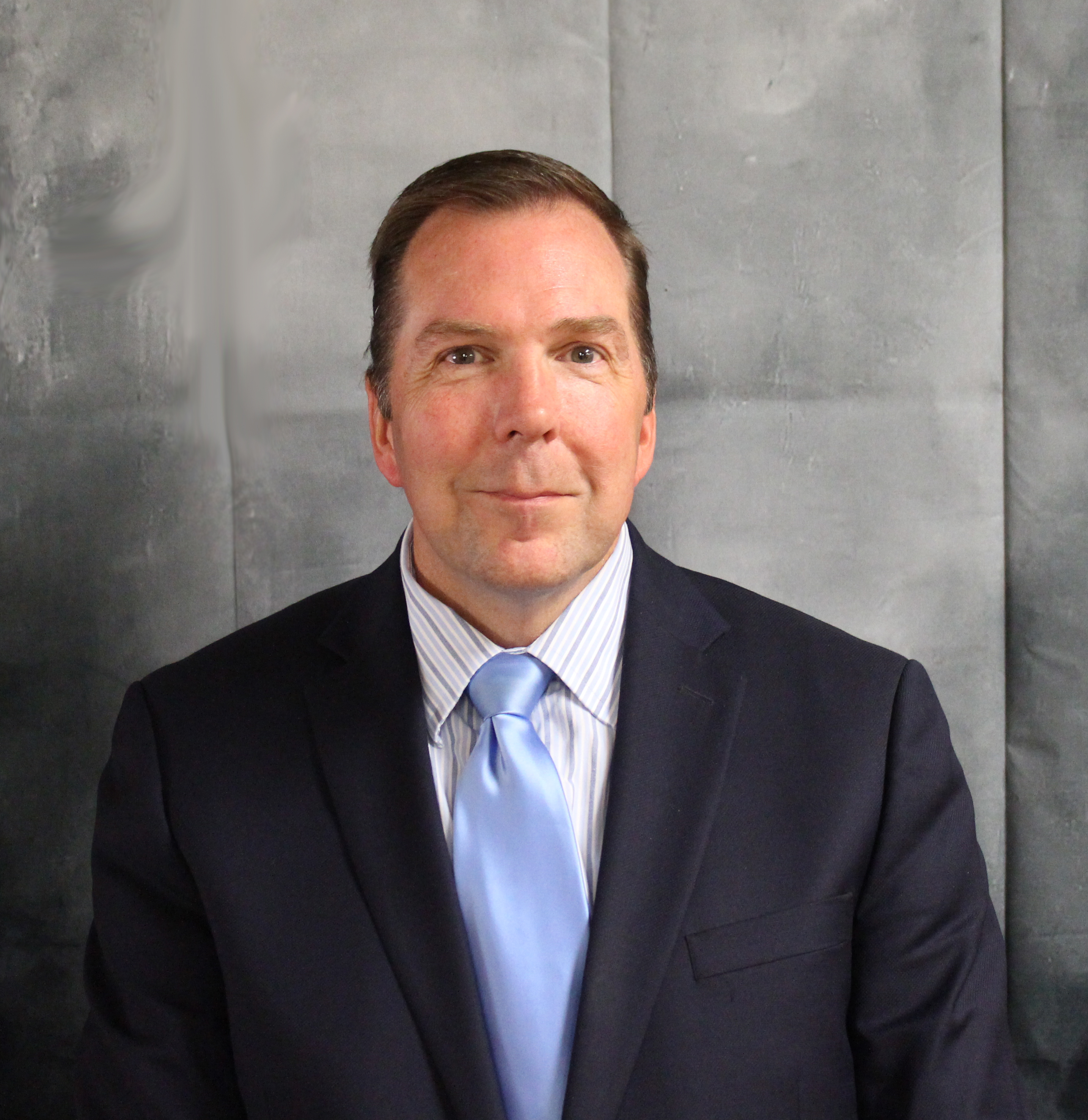 According to the ADH, COVID-19 vaccines are available at the following health care clinics in Union County:

Print Headline: Active cases double in a week as omicron continues to spread