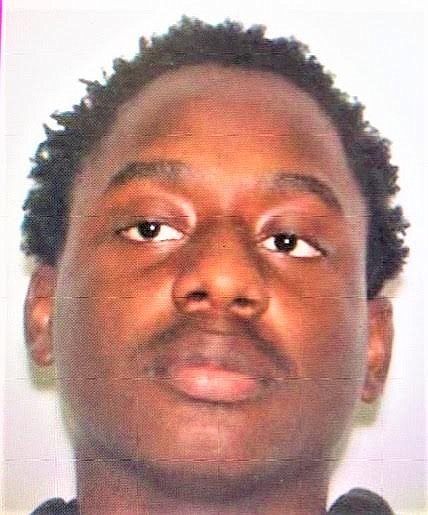 An arrest warrant has been issued for an El Dorado man who is suspected in the shooting and armed robbery of another man Sunday afternoon at a local apartment complex.

The 19-year-old shooting victim was shot multiple times during an alleged robbery that was reported just before 2 p.m. at Hillsboro Town House Apartments, 1600 Short E. Hillsboro.

He was transported by ambulance to Medical Center of South Arkansas. He remained hospitalized Sunday evening.

Police said his injuries did not appear to be life-threatening.

Police did not immediately release the name of the victim, saying they were still notifying family members about the shooting.

MCSA was briefly locked down after the victim arrived -- a common practice in such instances, as officers sort through the matter.

Capt. Scott Harwell, head of the El Dorado Police Department's Criminal Investigative Division, said that when officers arrived on the scene of the shooting, the victim had gotten into a personal vehicle and was leaving the apartment complex.

"When they saw police, they waved them down," Harwell said.

He said the teen had gone to Hillsboro Town House Apartments to pick up a friend and was heading into an apartment building when a man, later identified as Tyrese Key, approached him and attempted to rob him at gunpoint.

Key fled the scene on foot, according to witness statements.

Witnesses said Key had arrived at the apartment complex earlier in the day as a passenger in a white vehicle.

"He fled on foot. We don't know if he got into the vehicle later and left," Harwell said. "Witnesses said he was with someone in a white vehicle earlier in the day but they were unclear what time of day it was."

Harwell said several spent shell casings from a handgun were recovered from the scene.

An arrest warrant was subsequently issued for Key, 18, on several felony charges, including aggravated robbery, felony with a firearm and possession of a firearm by certain persons.

Key is described as black, 5 feet 7 inches tall and 190 pounds, with black hair and brown eyes.