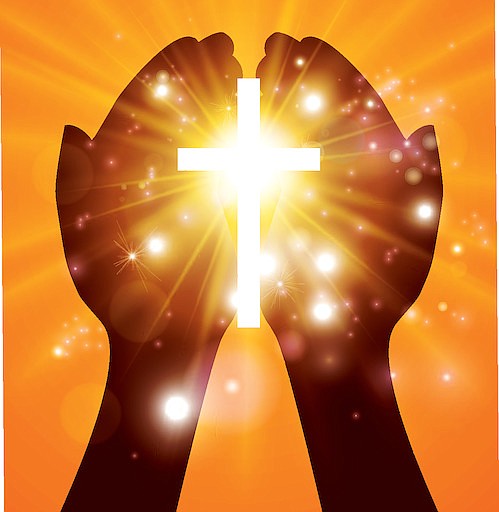 Who can say that they have never been embarrassed? As I write this, I am thinking of the last time I was personally embarrassed by something I did.

Another question is "Have you ever been embarrassed by the actions of a family member, a friend, a colleague, or maybe even your boss?" Knowing my personal experiences I can again say, "Yes!"

We have just come off "The Most Wonderful Time of the Year" to repeat the words of a song that I heard often during the last month during the Christmas season. Even a secular commentator made the statement on the news one time during the season that Jesus was the most famous person who ever lived.

For over 2,000 years since He walked hills of Galilee, countless billions of people have worshiped Him. Without a doubt there have been more books written about Jesus than any other person who has ever lived. No doubt his teachings have been studied by the great and small alike.

So with that all in mind I ran across an article entitled "EXPLAIN THIS: 10 Embarrassing Facts about Jesus You Probably Don't Know" that got me to thinking.

At one point, even his family thought he was crazy and were seemingly embarrassed by what they were hearing. You will find this in Mark 3:20-21. His family had heard about all he was doing and the fact that the religious leaders were concerned about him, their conclusion was they were embarrassed and thought, "He's out of his mind."

Remember Jesus had chosen men to be his apostles and disciples. But in John 6:65-66, after He had spoken about eating his flesh and drinking his blood and that no one could come to the father except by coming to Jesus, many of his disciples were embarrassed, no longer wanted to be associated with him and deserted him.

Hard as it is to believe even his own brothers rejected him in John 7. His reputation was spreading far and wide and it was time to go to Jerusalem for the Feast of Tabernacles. But Jesus knew the leaders were out to get him. His brothers encouraged him to go up and make himself known to the masses. Jesus knew the Jewish leaders were out to get him, so he wasn't ready to go. In verse 5 it says, "For even his own brothers did not believe him." They were embarrassed to claim him.

When Jesus did go to the Feast, an argument arose about his ministry. Some thought he was a good man, but at the same time there were people who were saying "...he's deceiving people." So would you be embarrassed if someone you believed in was accused of being a "deceiver"?

We are told in the Bible that Jesus lived perfectly under the law (the Law of Moses). He kept all the Ten Commandments perfectly. Yet in Matthew 11:19, he was accused of being a "glutton" and a "drunkard." I do not recall of a case where Jesus ever refused an invitation to a meal. The problem is that many times Jesus chose to eat with some unsavory characters: Matthew, a tax collector; Zacchaeus, a chief tax collector, and even some of his own apostles had questionable pasts... yet he wasn't embarrassed to be seen with them.

Perhaps the word got about him turning water in to wine got him the distinguished title of being a "Drunkard"!

Maybe the most embarrassing fact about Jesus is that he allowed a prostitute touch him and not only that, but she even washed his feet with her tears and dried them with her hair! (Luke 7:37-38)

Even how he died was an embarrassment. Jesus was crucified on a tree, which was condemned in Deut. 31:23.

Had you lived at the time, would you have been embarrassed to be around Jesus?