Ancient Words: The Resurrection, What Happens Next? 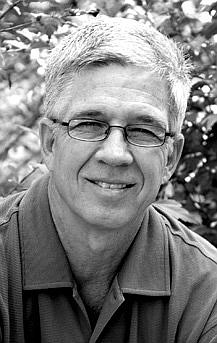 Jesus would rise on the 3rd day to spend the next 40 days revealing himself and convincing others to believe that there really is life after death. There are several scriptures that tell us about the events taking place during Christ's 40 days on earth: Moreover, brethren, I declare unto you the gospel which I preached unto you, which also ye have received, and wherein ye stand; By which also ye are saved, if ye keep in memory what I preached unto you, unless ye have believed in vain. For I delivered unto you first of all that which I also received, how that Christ died for our sins according to the scriptures; And that he was buried, and that he rose again the third day according to the scriptures: And that he was seen of Cephas, then of the twelve: After that, he was seen of above five hundred brethren at once; of whom the greater part remain unto this present, but some are fallen asleep. After that, he was seen of James; then of all the apostles. (1Co 15:1-7 KJV-BRG)

Of course the events at the tomb with Mary and the women, Peter and John, the walk to Emmaus, and the encounters in the upper room (twice), The fishing trip at Galilee and the final Ascension are all significant and well known. But what about the rest of the story –during these 40 days?

Paul writes: This is why it says: "When he ascended on high, he took many captives and gave gifts to his people." (What does "he ascended" mean except that he also descended to the lower, earthly regions? He who descended is the very one who ascended higher than all the heavens, in order to fill the whole universe.) (Eph 4:8-10 NIV) Peter then adds: For Christ also suffered once for sins, the righteous for the unrighteous, to bring you to God. He was put to death in the body but made alive in the Spirit. After being made alive, he went and made proclamation to the imprisoned spirits-- to those who were disobedient long ago when God waited patiently in the days of Noah while the ark was being built. In it only a few people, eight in all, were saved through water... (1Pe 3:18-20 NIV) The King David concludes in prophecy: Therefore my heart is glad, and my glory rejoiceth: my flesh also shall rest in hope. For thou wilt not leave my soul in hell; neither wilt thou suffer thine Holy One to see corruption. (Psa 16:9-10 KJV-BRG)

Is it possible that the moment the tomb was shut, Christ left to complete his mission--"without the shedding of blood, there can be no remission of sins?...? Is it also possible that for 40 days, Jesus continued his mission--to reveal and convince--those both on the earth and those in the earth of the salvation message? Did he appear during the day to all those around Jerusalem and at night appear at Hades gate to the spirits in prison from Noah's day. As 40 days were taken to destroy the world by water, were 40 days taken to preach about the all-sufficiency of the Lamb's blood from Adam forward? When Christ ascended to heaven, did he take captives in his train?

For I am not ashamed of the gospel of Christ: for it is the power of God unto salvation to every one that believeth; to the Jew first, and also to the Greek. (To all those who lived before Christ and to all those who live after Christ) (Rom 1:16 KJV-BRG) ... but now once in the end of the world hath he appeared to put away sin by the sacrifice of himself. Heb 9.26

Print Headline: Ancient Words: The Resurrection, What Happens Next?