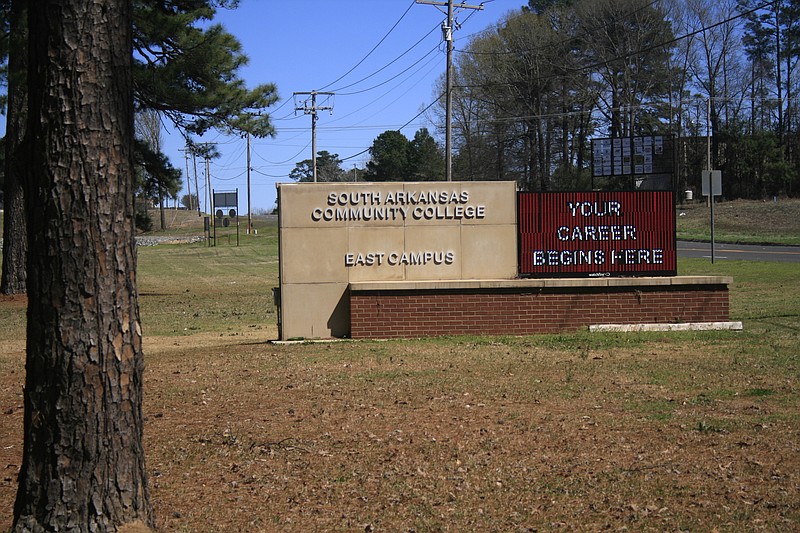 Two southeast Arkansas lawmakers announced this week the formation of the Forestry Caucus of the Arkansas General Assembly to advocate state policies to help the timber and forest products industry.

The Forestry Caucus includes 19 of the Arkansas Senate's 35 senators and 67 of the Arkansas House of Representatives' 100 members based on a list included in a news release issued by caucus Co-chairs Sen. Ben Gilmore, R-Crossett, and Rep. Howard Beaty Jr., R-Crossett.

"It is past time we have a Forestry Caucus that will look toward passing more legislation to help economic development efforts, and expand the growth of our forestry sector in our state," Beaty said.

He said Arkansas' forests cover 18.9 million acres, or 56% of the state, and have more than 1.2 billion tons of standing timber.

Gilmore said the Forestry Caucus is working on policy for the 2023 regular session.

"This past session, we were able to advocate for the creation of the Center for Forest Business at the University of Arkansas at Monticello's College of Forestry, Agriculture, and Natural Resources," he said.

The state's general revenue budget for fiscal 2023 includes Gov. Asa Hutchinson's proposal to provide $841,000 for the University of Arkansas at Monticello's Center for Forest Business to support the timber industry in south Arkansas. Fiscal 2023 starts July 1.

Last year, the Republican governor authorized the release of $450,000 from the state's rainy-day fund to support the Center for Forest Business to assess and address solutions to Arkansas' market in timber processing and production.

Max Braswell, the Arkansas Forestry Association's executive director, said the creation of a forestry caucus within the Arkansas General Assembly "has the potential to be one of the most important and effective tools I've seen in my more than 30 years in the timber and forest products sector."

Hutchinson also recently awarded a grant to South Arkansas Community College for the establishment of a new program that will help to train forestry techs, who assist foresters. SouthArk Vice President of Academic Affairs Dr. Stephanie Tulley-Dartez said non-credit forestry courses will be offered this fall as the school develops curriculum for the forestry tech program, which will kick off next fall.

SouthArk's credit program will allow students to earn an Associate's degree in general studies, which can be utilized for future higher education efforts.

"We're not preparing foresters, we're preparing forestry tech," she explained. "And there's a desperate need for that with the amount of land management in south Arkansas and because people aren't going into those fields."

According to SouthArk, forestry jobs have an average wage of $22 an hour in Arkansas.

The new program will be housed on the college's East Campus, which sits among 30 wooded acres. It also will make use of the South Arkansas Arboretum, which the college manages.

"But we will grow the program to the size it needs to be," she said.

SouthArk President Dr. Bentley Wallace said the program will be a benefit to local employers and workers.