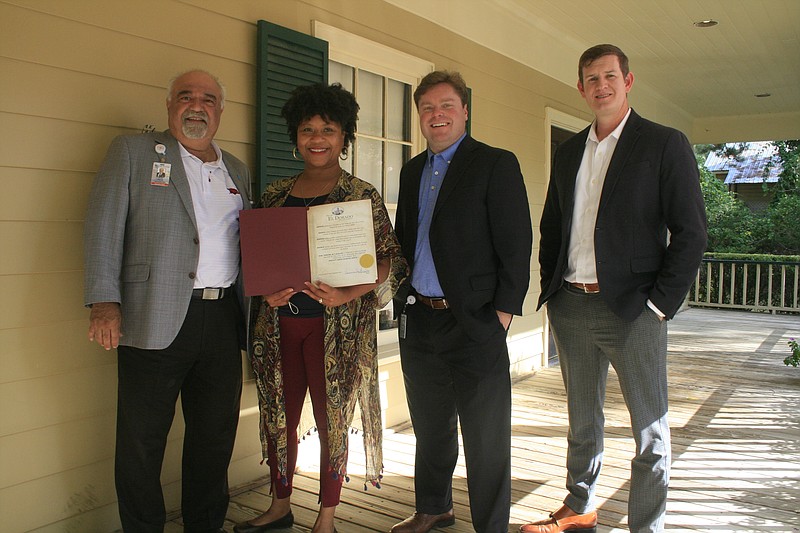 September is National Prostate Cancer Awareness Month and Arkansas Urology has been helping to spread knowledge about the disease throughout the state.

Monday, the clinic held its Kick Off to Men's Health event with free prostate screenings at its location in El Dorado.

The clinic has held similar events at other branches including in Little Rock, Pine Bluff and Bentonville, throughout the month as well.

Davis, CEO of Arkansas Urology, said his company's years of September efforts have led to a substantial number of screenings.

"This is our 17th year to do Kickoff to Men's Health, but only our second year consecutively to be here in El Dorado. We have probably screened over 5,000 men in our 17 years doing this, and I know for a fact we detected some men with prostate cancer here through these screenings," Davis said.

According to the American Cancer Society, one in eight men will be diagnosed with prostate cancer in their lifetime.

Six out of ten cases of prostate cancer occur in men who are 65 or older, with 66 as the average age at diagnosis.

The disease is also, as noted in Mayor Smith-Creer's proclamation, more common in African-American men in Arkansas and in general. Her proclamation emphasizes how common this form of cancer is and the importance of prostate cancer awareness.

Awareness and screenings are crucial for catching prostate cancer in its early stages.

The Center for Disease Control states that, "most prostate cancers found by screening are small and slow growing and may not be fatal; some men may have a faster growing prostate cancer and will benefit from early treatment."

The CDC recommendations that men with a family history of prostate cancer and African-American men speak with their doctor about prostate cancer screenings. The most common risk factor, according to the CDC, is age.