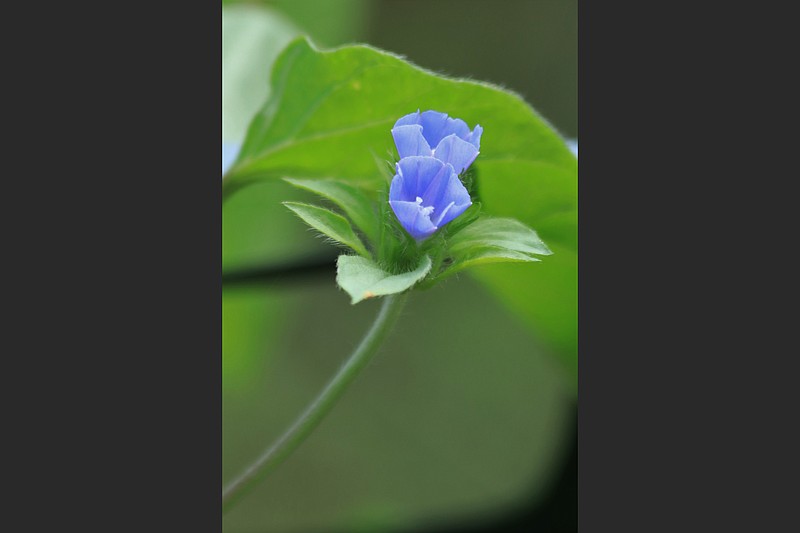 Q: We have a large backyard, and my husband built three raised beds last year. Through trial and error, we are learning what vegetables and flowers work best for us. This pretty flowering vine has shown up as a volunteer in one of the beds and though I suspect it's invasive by the way it's running, we wanted to get your opinion on it.

A: The plant is commonly called small flowered morning glory, cluster vine or tie vine. It is related to morning glories, but a different genus. It has a lovely blue flower -- but be careful, the annual vine can reseed and become somewhat invasive.

Q: I don't know what to do about how to battle two invasive groundcovers. I have just ripped up three huge bags of English ivy under three large crape myrtles. Should I eradicate with Roundup and be done with it or just tame it more often? A couple of years ago, I ripped out a large section of Asian jasmine, but it is now creeping back out from under boxwoods. Should I let it go and just weed-eat periodically and not worry about re-mulching the area, or spray with Roundup and re-mulch?

A: Unfortunately, it won't be an either/or scenario. English ivy is notoriously hard to kill, even with Roundup. English ivy has a waxy outer cuticle that helps to repel the herbicide. If you can abrade the surface with a string trimmer and then spray, you will have a better chance of success. But I doubt one treatment will kill it. Asian jasmine would be easier to kill, but both plants can be tenacious. Both groundcovers are still planted with great regularity, but the ivy is the bigger problem since it doesn't like to stay where it is planted.

Q: We have this young Red Twig dogwood that is developing yellow leaves with dry edges. It is planted in a new bed in the shade. What can be done to help it?

A: I assume you have been watering the plant this summer when it has been dry. As dry as it has been, it is possible that it could be stressed from the combination of being a new plant and the dry conditions. It is a deciduous plant and will be shedding leaves soon, so I would just continue to water. I think it will be fine next spring.

Q: These are cannas, I think [the reader sent a photo]. After they bloom, there's a residual fuzzy bulb where there had been a bloom; then they dry up and are crumbly to the touch. Can you please tell me what these are and what purpose they serve? Do the dark bulbs contain seeds?

A: What you are seeing is the seed pod that formed after the bloom. Once mature, the pod should contain one to three black seeds. The seeds are tough. In fact, early settlers called them buckshot and used the seeds as a primitive form of ammunition.

Q: I need to know what to do with some elephant ears I recently bought from Trader Joe's. I know it is kind of late in the season for elephant ears to get started.

I had them inside, but they started to turn yellow, so I set them outside so they could get natural sun. Do you think I should go ahead and plant them in the ground now or just try again next year? And I wanted to know what to do with mine that I have in the pot before fall comes and they die.

A: Common green elephant ears are usually quite hardy in Arkansas, but some of the variegated or dark ones can be marginally hardy. Since yours are already in a pot, continue to water and enjoy them until they die back. Then store them in a cool, dry place until next spring. Plant them in the ground after the soil has warmed up.

Retired after 38 years with the University of Arkansas Cooperative Extension Service, Janet Carson ranks among Arkansas' best known horticulture experts. Her blog is at arkansasonline.com/planitjanet. Write to her at P.O. Box 2221, Little Rock, AR 72203 or email [email protected] 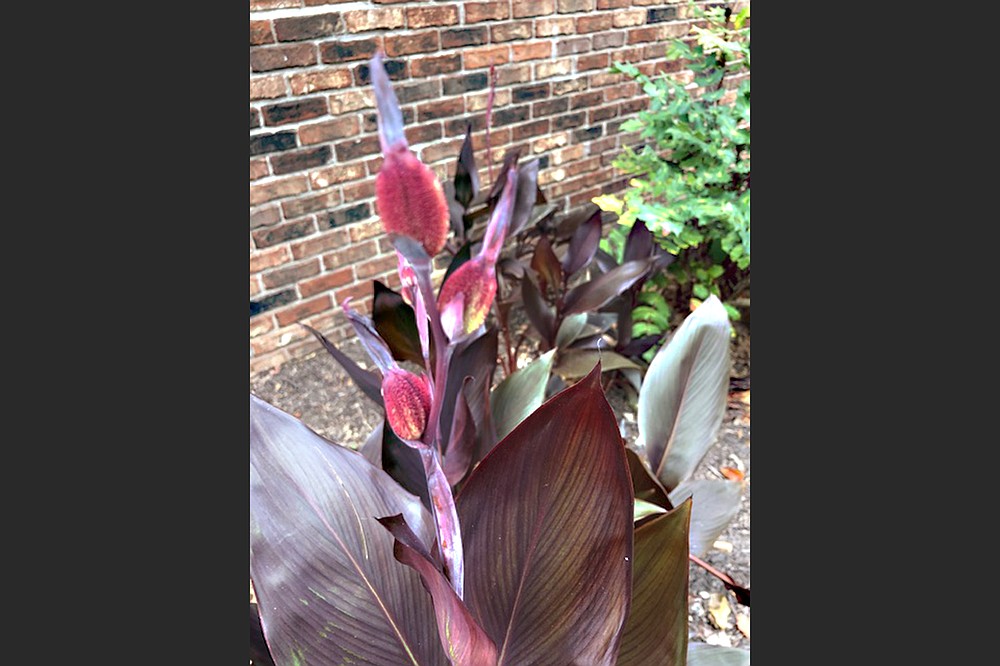 This canna lily's seed pods are not yet ripe. (Special to the Democrat-Gazette)

Print Headline: In the garden