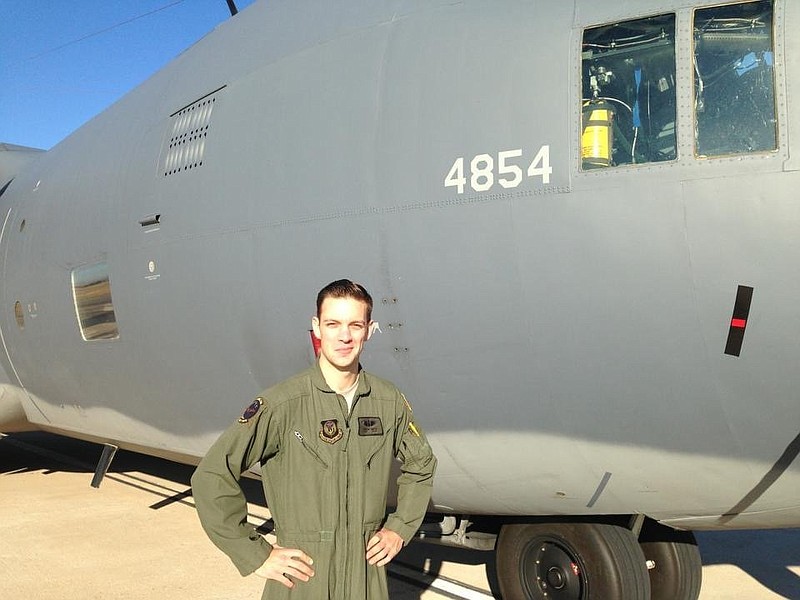 An Arkansas native was awarded the Military Times' 2021 Airman of the Year award for his leadership and ingenuity in re-purposing a chemical and biological contamination tent to protect troops from the coronavirus.

SMSgt. Jeremy Mayo, who has served in the Air Force for nearly two decades, won the award for his work as 352nd Special Operations Support Squadron's operations superintendent over 211 personnel at RAF Mildenhall in England, where he is still stationed.

He was nominated by a superior officer for the Military Times award, which has been given since 2001 to "unsung heroes who have excelled on the battlefield, on the job and also at home by the betterment of their communities," according to the media group's website.

Mayo grew up in Jacksonville listening to his grandfather's Air Force stories and witnessing the lifelong friendships he maintained since time in the service.

"One thing he said to me is it will build character and changes perspective and scope. That peaked my interest," Mayo said.

He enlisted in 2002 after graduating from Jacksonville High and attending Pulaski Technical College. A close friend was a a load-master and Mayo was inspired by the type of work and travel involved in the job; however, he was slotted to go into munitions, a completely different career field, he said.

But as luck would have it, his father, Rick Mayo, found out there was a load-master opening through a baseball connection. He jumped at the opportunity.

In his Air Force career, Mayo has flown missions including refueling, resupply and infiltration and ex-filtration on the MC-130H Combat Talon II, MC-130J Commando II and the now-retired MC-130P Combat Shadow, according to the Military Times article.

Mayo has been stationed near home at the Little Rock Air Force Base as well as bases in Florida, and worked as an instructor in New Mexico. He was first stationed at Milden-hall in England from November 2010 to November 2014 and returned in August 2018.

He said he's made lifelong friends while serving and enjoyed the places his career has taken him.

Being in England, he says he does sometimes miss Southern food from back home as well as the Southwest-style cooking he discovered while stationed in Albuquerque, N.M.

At the beginning of the COVID-19 pandemic, Mayo was back in the states wrapping up a leadership course in Texas for career enlisted aviators. When he returned to England, Mayo said, he had to adjust to stark changes.

"Everything shut down in March of 2020. We had to figure out how to keep going and how to keep everyone separate at the same time," he said. "We still had a mission to do."

The essential personnel worked on split shifts to keep contact limited, he said.

A now-former wing commander mentioned the Air Force had a chemical aircrew survivability barrier: a tent-like, air-filtering structure for C-130 airframes. Mayo said they had these for a while but had not been put to the test, definitely not in a pandemic scenario. He decided to put them to use.

"We started working with it and then headquarters got on board and actually started quickly doing a lot of the testing as best as they could on risk mitigation," he said.

The testing concluded these barriers could be used in the event the airmen needed to quickly evacuate someone who was sick away from the battlefield without endangering the health of the rest of the crew.

Mayo did not directly give himself credit when discussing the actions that led to his Airman of the Year award, which his father attributed to his son's humility. Rick Mayo said Jeremy's wife keeps the family back home in Arkansas up to date.

"Of course when he won it, she contacted us immediately," Rick Mayo said. "My first instinct was 'I knew he would.' He is very good at what he does. Everyone has high praise about the job he does and thoroughness he has. I don't think that's just a father talking."

The pandemic also brought challenges when it came to keeping morale and resiliency up. Camaraderie-building events had to be canceled, Mayo said, mentioning First Fridays, where airman would get together and present their own internal awards.

"Now, we feel like we are kind of coming out of it and can get together again. It was definitely tough on the unit," he said. "It's been great to see everyone's faces again. ... I think we are just now learning what we dropped off on and what we need to catch up on."