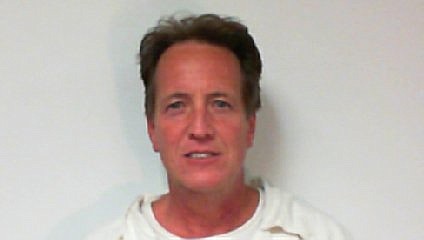 The federal racketeering trial of a Pope County man accused of having a role in a 55-defendant drug ring after a 2017 investigation into drug trafficking in Central Arkansas got underway Wednesday after a 12-person jury of six men and six women, as well as four alternates, was selected to hear the case.

Marcus O. "Red" Millsap, 53, of Danville is charged with conspiracy to violate the Racketeer Influenced and Corrupt Organizations Act (RICO), aiding and abetting attempted murder in aid of racketeering, and conspiracy to possess with intent to distribute methamphetamine.

Millsap is accused by federal prosecutors of being part of a major drug trafficking conspiracy run by a white-supremacist group based in Pope County, and he is also accused of soliciting the killing of a confidential informant -- identified as Bruce Wayne Hurley -- who was found shot in front of his Atkins home May 2, 2016. Hurley, who was 49, died at a Russellville hospital.

The trial is being presided over by U.S. District Judge Brian Miller.

On Wednesday, Assistant U.S. Attorney Liza Jane Brown laid out the government's case for the jury, saying that Millsap was a drug distributor who used the New Aryan Empire -- a white supremacist jailhouse gang started in the 1990s that soon spread to the state prison system and later out into various communities -- as a supplier of methamphetamine for his distribution network. She said that association with the New Aryan Empire eventually led to crimes beyond drug distribution, including racketeering and solicitation of murder.

"In 2014," Brown said, "Bruce Hurley was a confidential informant, and on May 1 and into the late hours of May 2, 2014, he conducted the controlled purchase of methamphetamine from Marcus Millsap."

Brown said that after the controlled purchase, Mill-sap and his girlfriend were stopped by police, who discovered drugs and money in his vehicle, "and Marcus Millsap was found guilty," she said.

She said that when Millsap was stopped, he had a fake ID and two birth certificates, and "he was driving a brand-new truck, had 30 grams of methamphetamine and over $30,000 in his possession."

Brown outlined the structure and the operations of the New Aryan Empire and said that Millsap entered into an agreement with Wesley Gullett -- the outside president of the group, who was recently sentenced to 35 years in prison for his part in the conspiracy -- to obtain large quantities of methamphetamine to sell to others.

"The New Aryan Empire was formed in 1990 in the Pope County Detention Center, and later it spread to the Arkansas Department of Corrections," Brown told the jury. "It's a prison-based gang. It's the enterprise in this case."

Brown said the philosophy of the gang was the preservation of the white race but that its real enterprise was drugs and drug trafficking. And despite its admonition that members were forbidden from forming relationships with other ethnic groups, that admonition did not hold any real sway when it came to what she said was the organization's true purpose of drug trafficking.

Even so, she said, members and associates of the gang who failed to adhere to the rules or who talked to law enforcement authorities were subjected to brutal punishments. Two such associates, Cascy Lewis of Atkins and Heath Dollar of Dardanelle, were kidnapped and brutalized by gang members because the two were suspected of providing information to authorities regarding another member of the gang.

Millsap's attorney, Tre Kitchens of Little Rock, said Millsap not only is innocent of the crimes that he is accused of, but also that the 2014 case was not accurately described by Brown.

"My client was not found guilty," Kitchens said. "He took responsibility and pled no contest."

Kitchens said the infractions committed by various gang members may have happened but that they had no connection to Millsap, adding that no evidence provided by the government would connect Millsap to the crimes committed by members and associates of the New Aryan Empire.

"He's not guilty of the things the government just talked to you about," Kitchens said. "Very little of the things they discuss about the evidence will show to have anything to do with Marcus Millsap." Kitchens said the list of witnesses the government intends to put on the stand includes "witness after witness after witness of scary white supremacists," who he said would talk about the New Aryan Empire in attempts to get their own sentences reduced.

Of Millsap's 2014 arrest and subsequent conviction on drug trafficking charges in Pope County, Kitchens said much of what the government contended was either illegal or indicative of racketeering activity would not hold up under scrutiny.

Kitchens displayed the photos and names of 23 witnesses who he said would be called by the government to testify against Millsap, and he dismissed them all as felons trying to make their own deals with prosecutors.

"Every one of those people we just showed you," he said, "they are convicted felons, most of them are confidential informants, and most of them have cooperation agreements."

After opening statements, the prosecution's first witness, Tony Haley with the Arkansas State Police, testified on his involvement with Hurley, saying that Hurley, in an effort to minimize his own legal problems, became a confidential informant and bought methamphetamine from Millsap on May 1, 2014. Haley testified that Hurley was provided with $3,600 to purchase 2 ounces of methamphetamine from Millsap.

Kitchens asked about Haley's relationship with Hurley, which Haley confirmed had begun some 10 years before Hurley became a confidential informant.

"You wanted Hurley to be a better CI," Kitchens asked, "correct?"

"I wanted him to be a better person," Haley responded.

"You wanted him to reform?"

About Hurley's death, Kitchens asked, "Has Marcus Millsap been charged with that murder?"

"Not to my knowledge," Haley answered.

" Has anybody been charged?"

"Not to my knowledge."