In the garden: Crape myrtle questions and butterfly laments 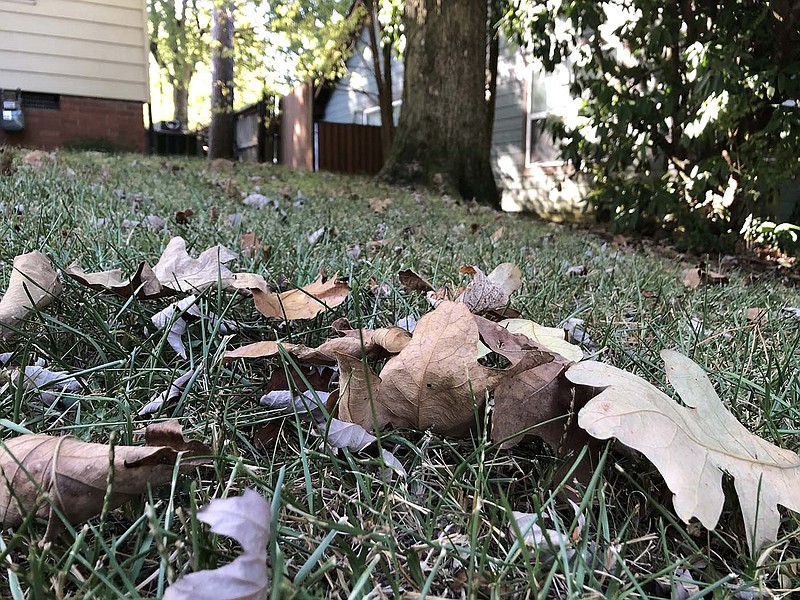 Some large trees are dropping leaves and ending their seasons early in Central Arkansas, because that’s how they survive drought. (Arkansas Democrat-Gazette/Celia Storey 8/31/21)

Drought may cause winter hibernation to start early in large trees

Q: Our very large post oak is dropping brown leaves. How much water is enough?

A: Large trees can use copious amounts of water. Some parts of our state have had little rainfall the past month. Starting to water now to make up for dry conditions will help but not stop early leaf shed. The fact that the tree is dropping leaves is a good thing. It just means it is shutting down its season a tad early. Post oaks are usually pretty tough. We are definitely seeing signs of drought stress in landscapes across Central Arkansas, especially in yards that have had no supplemental watering.

Q: My crape myrtles' bark is peeling off -- is this a disease? If so, how do you treat it? Will it kill the plants?

A: Congratulations, your crape myrtle has officially come of age! When crape myrtles reach a certain age, they lose their smooth outer bark and start peeling layers of outer bark to showcase other colors that lie beneath. Sometimes the bark is cinnamon colored, and some varieties have tan and white; color depends on what variety you are growing. It is nothing to be worried about.

Q: The crape myrtles in my yard have developed what I think is sooty mold. The branches have white spots and are black, and all the plants growing underneath are black. I have been attempting to spray with Neem but it is difficult since they are so big. Will this affect their growth next year? What should I do?

A: You have perfectly described crape myrtle bark scale. The black sooty mold on the trunk and leaves is a byproduct of the sweet honeydew given off by the sucking scale insects. The white spots are the scale insects. Here is a link to a fact sheet from the University of Arkansas: arkansasonline.com/94drat. Neem offers only limited control. The fact sheet lists your control options. This fall, after all the leaves have fallen off, you can use a soft brush with soapy water to remove the black from the trunks. (I know of several gardeners who used a power washer to clean their trees.) Clean up all the fallen debris underneath the trees and then saturate them with a dormant oil. That will help. In the spring as the trees begin growing use a systemic insecticide. A few gardeners believe they have lost their trees to these insects. That wouldn't happen in just a year or two, but heavy infestations can weaken a tree and make it susceptible to other problems.

Q: We have several large milkweed plants in our backyard garden in west Fayetteville but have yet to see any monarchs. We have many other butterflies including a large beautiful black variety. Do you have an update on the status of the monarch?

A: Unfortunately the old adage, "plant it and they will come" doesn't always apply to monarchs. I too have several milkweed varieties and while I have seen a few monarchs flying by, I am not overwhelmed with sightings. I also have fennel and parsley for swallowtails and have only seen a few of them. Be patient, and you may catch some monarchs heading south for the winter. On a positive note, I have had many hummingbirds in my garden this year.

Retired after 38 years with the University of Arkansas Cooperative Extension Service, Janet Carson ranks among Arkansas' best known horticulture experts. Her blog is at arkansasonline.com/planitjanet. Write to her at P.O. Box 2221, Little Rock, AR 72203 or email [email protected] 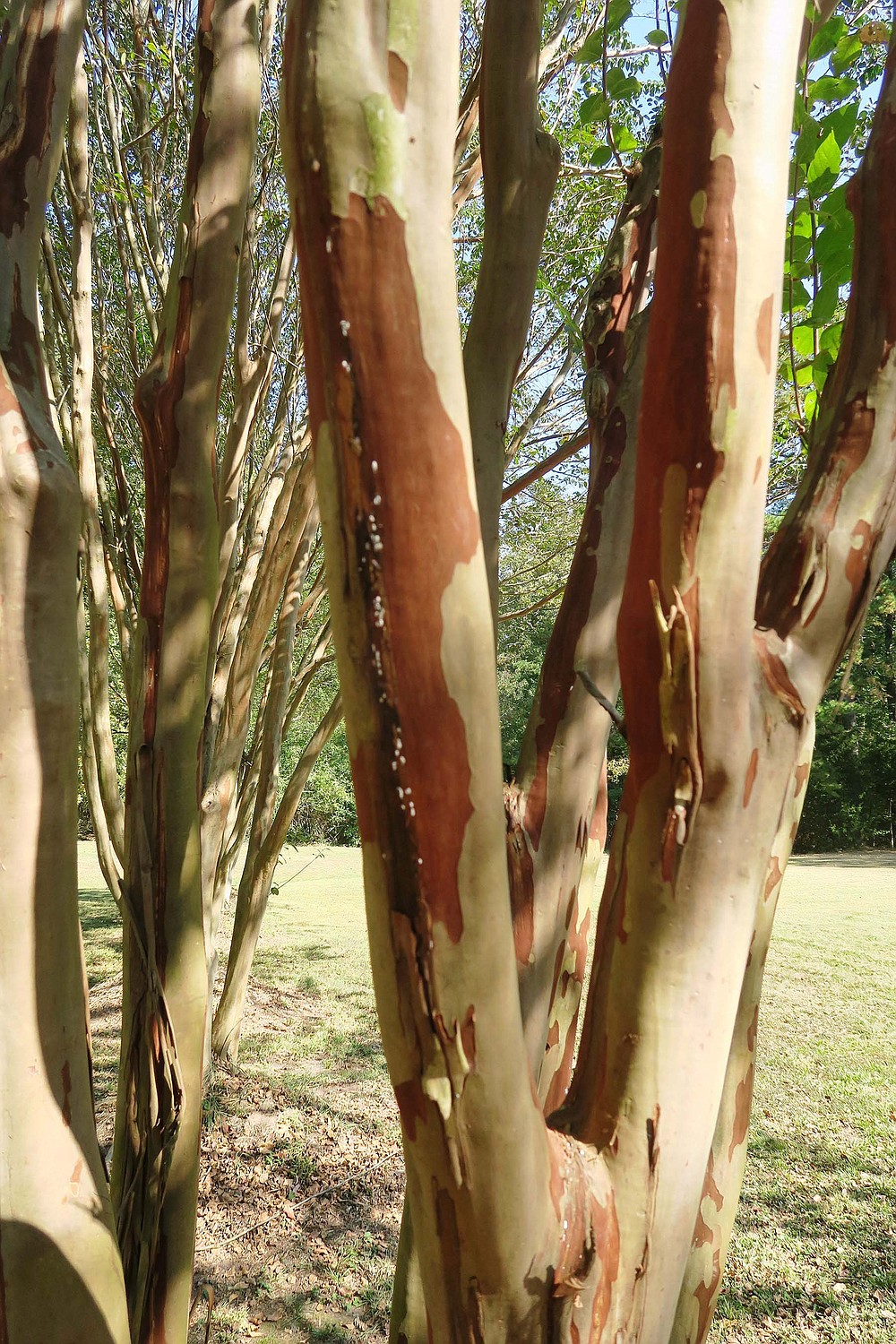 The bark of crape myrtles begins to peel when the trees reach maturity. (Special to the Democrat-Gazette/Janet B. Carson) 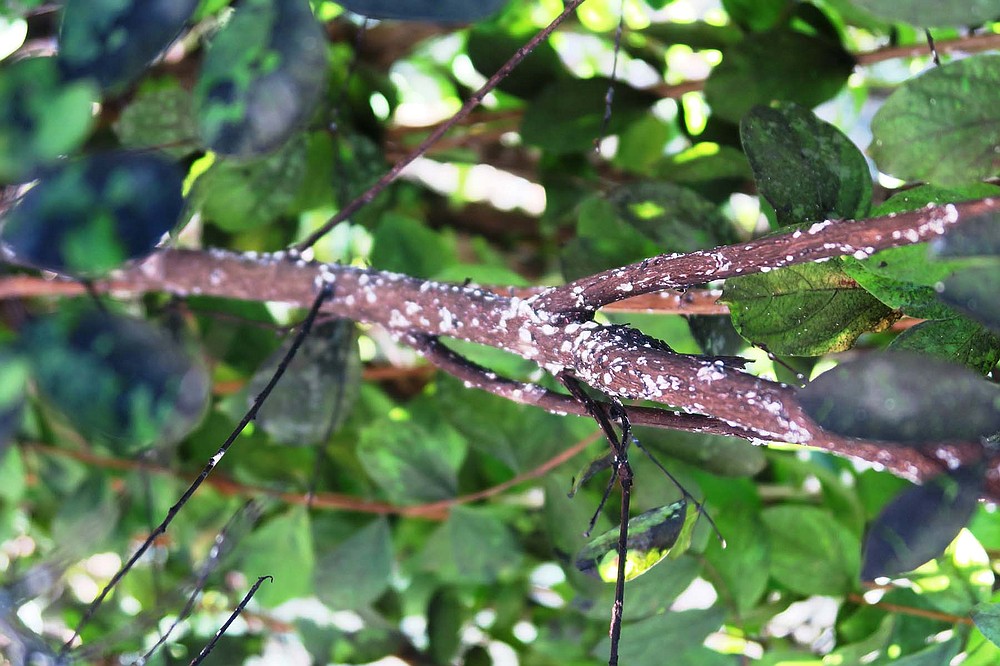 Crape myrtle bark scale insects appear as clusters of white or gray felty specks, but the honeydew they exude turns black as mold grows in it. (Special to the Democrat-Gazette/Janet B. Carson) 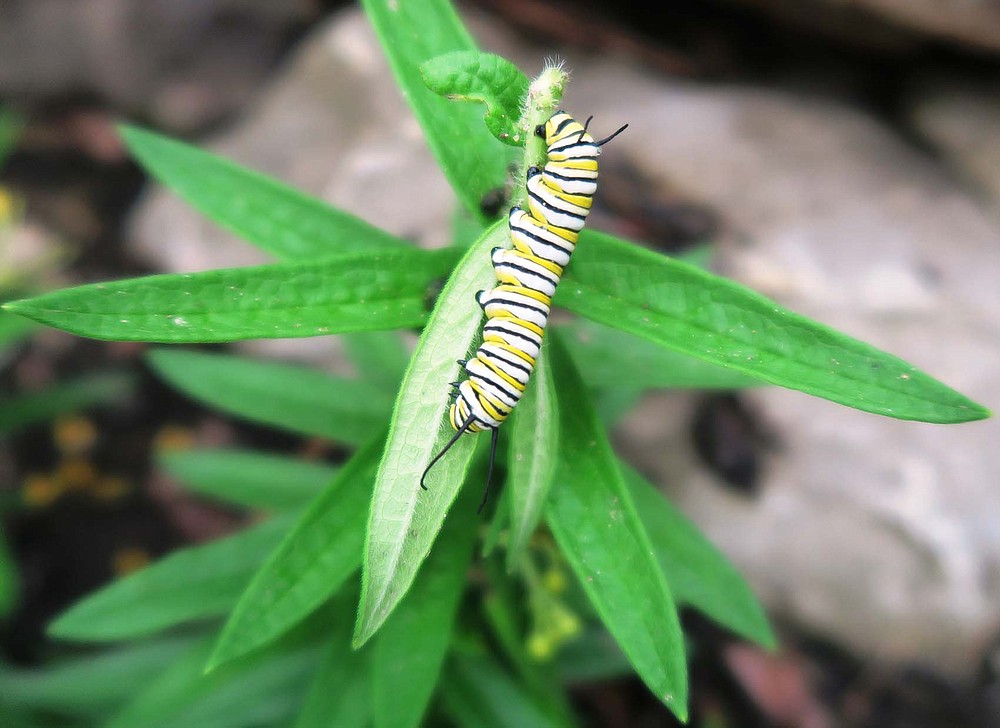 Print Headline: In the garden