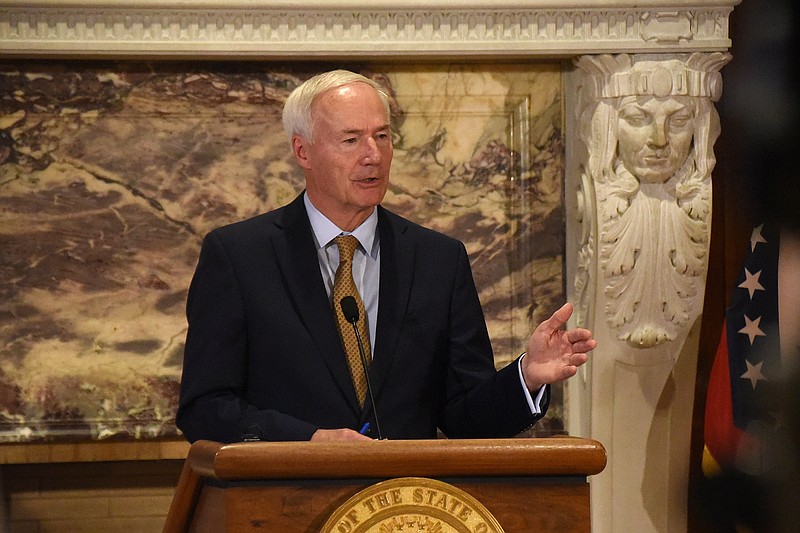 House Bill 1977 by Rep. Joshua Bryant, R-Rogers, and Senate Bill 739 by Sen. Kim Hammer, R-Benton, require employers that mandate vaccinations to provide an exemption process for workers, including requiring them to produce a negative antigen test once a week or proof of immunity including the presence of antibodies twice a year.

Hutchinson said the bills are designed to push back on President Joe Biden's vaccine mandate for federal contractors and employers with more than 100 employees.

He said he is opposed to the federal mandate, but said the legislation is counterproductive and that the government should not interfere with the ability of businesses to protect their workers and customers.

"These bills are unnecessary and the debate on these bills have been harmful to our goal of increasing vaccination rates in Arkansas," he said.

The governor said the federal mandate already allows a testing regimen for employees who do not want to take the vaccine or have a religious or medical exemption.

He reiterated that the vaccines are safe and have been evaluated. He added that the U.S. Food and Drug Administration has a vigorous approval process, which the vaccines passed.

"Arkansans need to get vaccinated, but not through mandates from the state level or from the federal level," he said.