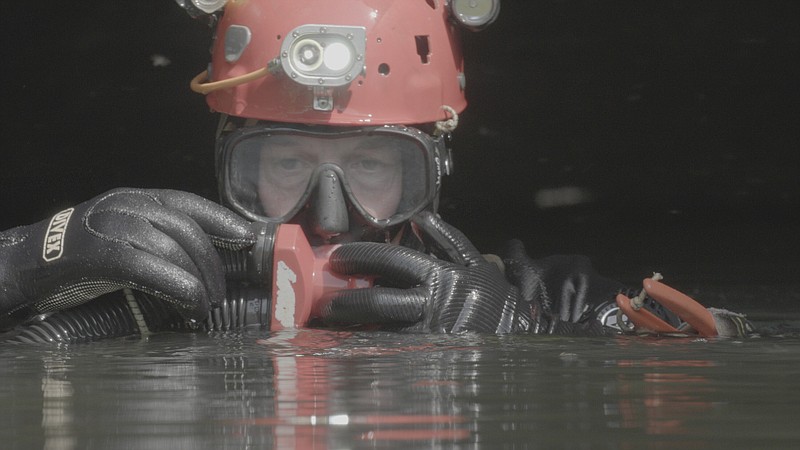 This image released by National Geographic shows a scene from the documentary film &quot;The Rescue,&quot; chronicling the 2018 rescue of 12 Thai boys and their soccer coach, trapped deep inside a flooded cave. (National Geographic via AP)

The outcome is right there in the title. And yet the new documentary " The Rescue," about the harrowing 18-day ordeal in which 12 young soccer players and their coach were saved from a flooded cave in Thailand, is still a stressful, suspenseful experience. It's other things, too -- affirming, truthful, funny, macabre and unembellished -- but it achieves something extraordinarily difficult for a global news story that ended three years ago: It makes you feel like you're there.

From the "Free Solo" Oscar-winning filmmaking team E. Chai Vasarhelyi and Jimmy Chin, who took audiences sweaty-palmed up the vertical slope of Yosemite's El Capitan, "The Rescue" is perhaps an even more accomplished piece. It's assuredly focused for a story with so many components and characters. Instead of trying to make it about everything, the filmmakers decided to hone in exclusively on the rescue efforts and to mostly let the people who were actually there tell the story.

Neither the boys nor their parents are interviewed at all and exposition is provided by clips from news broadcasts at the time. This means no talking heads trying to up the suspense, or reality show-like backstories about the kids and their families: This story doesn't need it. It's about rescuing 13 lives and no tearjerker histories are necessary to make it a more worthy or compelling mission.

The Tham Luang Nang Non cave in Northern Thailand was a place the boys were familiar with -- it's described as their playground. And it was not supposed to be a risky outing considering it was well before monsoon season when they went exploring after practice. But the rains came early and trapped the young boys and their coach. For days, no one even knew whether they were alive and Thai Navy SEALS were neither trained nor properly equipped to do this kind of cave diving. The situation became more dire with each passing day.

It turns out cave diving is not something any elite emergency team in the world has trained for. The only experts are the weekend hobbyists, which is how a group of middle-aged British men became central to the operation. There are so many compelling characters helping to tell this story, but the two Brits, Rick Stanton and John Volanthen, are almost too good to be true-- wry, unassuming and a little wounded still from their early years when they were not successful in team sports. In other words, there is a reason why they find solace and peace in the muddy, confined, dangerous recesses of underwater caves that would send most people into a panic. It is not dissimilar to "Free Solo's" Alex Honnold.

At every turn, they're prepared for the worst and bracing to find a cavern of dead, decaying bodies. And even finding the boys and their coach alive doesn't provide much comfort. Now these volunteers are going to have to get them out safely, too, and nothing about the extraction is straightforward. Grown adults, we find out, get disoriented and panic after just a few minutes underwater in a cave. The children will have to endure a two and a half hour journey to get through a mile and a half of cave. And it only gets more harrowing as the film gives the audience a front row seat to the unbelievable process of getting them out, the rising stakes for everyone and, of course, the tragic death of a former Thai Navy diver who just wanted to help.

This should be a no-brainer for anyone who watched the saga unfold on television, but even those who weren't glued to the screen in 2018 should seek it out. "The Rescue" is easily one of the best documentaries of the year.

"The Rescue," a National Geographic Documentary Films release in theaters Friday, is rated PG by the Motion Picture Association of America. Running time: 114 minutes. Three and a half stars out of four. 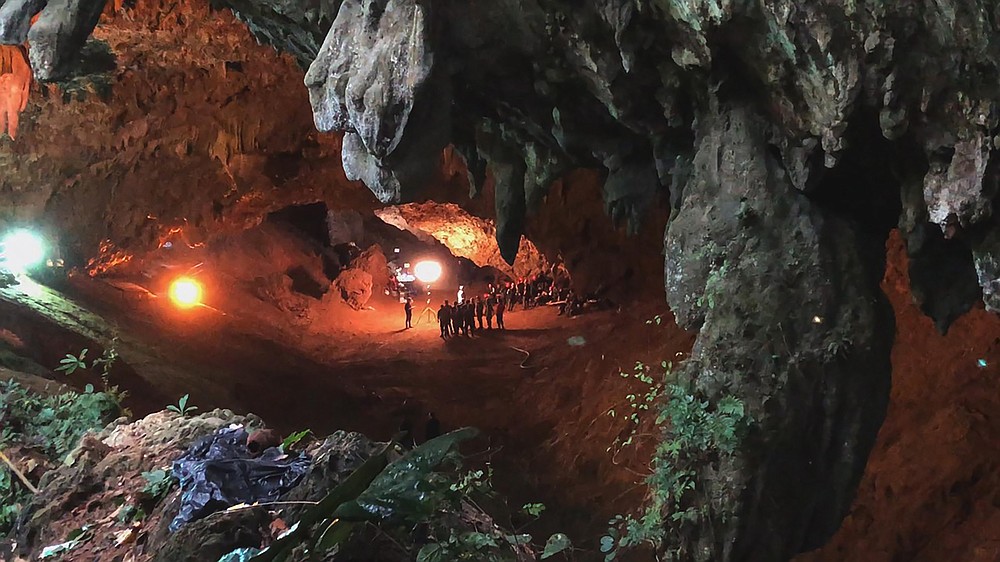 This image released by National Geographic shows a scene from the documentary film &quot;The Rescue,&quot; chronicling the 2018 rescue of 12 Thai boys and their soccer coach, trapped deep inside a flooded cave. (National Geographic via AP)