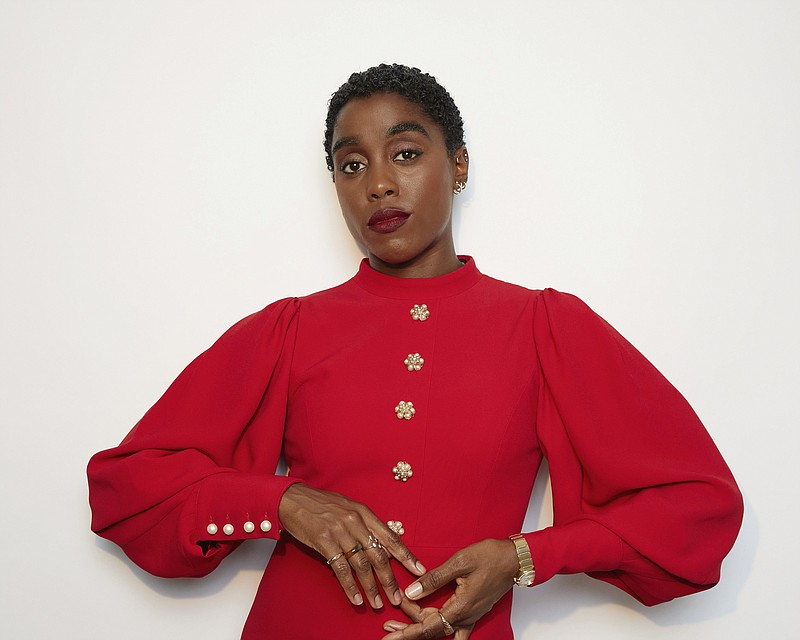 NEW YORK -- Lashana Lynch was in stunt training when she found out she was going to play a 00 agent in the James Bond film "No Time to Die."

Lynch had already been cast by director Cary Joji Fukunaga and the producers, Barbara Broccoli and Michael Wilson. But who she was to play had remained a mystery to her. She was doing her best to prep for an undetermined but apparently butt-kicking role.

"Nothing made sense. I'm plunged into stunts and they're teaching me everything under the sun," Lynch said in an interview. "And I'm like: Why are you teaching me this? What does it mean?"

Instead, Lynch just heard bits and pieces as she went. It felt, she says, like a TV series that carefully reveals a little each episode. Only when she was in the midst of summersaulting and firing fake guns did the full reveal come. Lynch would be the first Black woman to play a 00 agent in the six decades of James Bond movies.

Not only that, Lynch's character, Nomi, takes the codename 007, with Daniel Craig's James Bond AWOL and out of the British Secret Service.

"No Time to Die," which opened in U.S. theaters on Friday, is Craig's fifth and final performance as the super spy. But the film, perhaps more than any previous Bond movie, derives much of its punch from its women. That includes Léa Seydoux, as Bond's most lasting romance and a character with her own complicated history, and Ana de Armas, in a brief but action-packed appearance.

Lynch's role, though, is a landmark in the franchise. With that history has come a brighter spotlight than ever before on the 33-year-old British Jamaican actor, who played a single-mother fighter pilot in "Captain Marvel." Lynch has been widely celebrated for expanding the historically homogenous world of Bond in a role that -- like others who have brought wider representation to decades-old franchises -- has also brought online hostility. When news first leaked in 2019 that Lynch would be 007, her Instagram lit up with racist and misogynistic comments.

"I was reminded of the institution that I was walking into and the world that doesn't support people like me, necessarily," Lynch says. "Once I got through that initial reaction, I plunged straight into work. I turned that energy into stunts, into filming, into spending time with family and also reevaluating how I use my phone. I now put them in cupboards. I take two-hour breaks."

"It's something that should always be brought up," she adds of the response. "Young people need to hear it."

Lynch first caught Broccoli's attention in Debbie Tucker Green's "Ear for Eye," a play at the Royal Court that Broccoli produced. Lynch was part of a largely Black ensemble that give individual testimonies of bias they experience in their lives.

"I was just blown away by her," says Broccoli, who also produced an upcoming film adaptation of "Ear for Eye," co-starring Lynch, premiering Oct. 16 at the London Film Festival. "She's an extraordinary, beautiful, talented actor. She seemed an obvious choice for Nomi, the 00 character. I think she's a big star."

Before Craig took over Bond, Lynch says, she had had little relationship to the Bond films. But being invited to audition, she says, made her feel she was maybe entering the franchise at the right time.

"As a Black Londoner, I didn't have the opportunity to be able to connect to James Bond in a way that made sense," says Lynch. "Now, Daniel Craig entering the franchise and making him raw and dark and dangerous -- I questioned his trauma for the first time -- it really got me intrigued about how the new characters in the franchise respond to him."

In "No Time to Die," Bond eventually returns to the service where he's surprised to learn his trademark number has been taken. What follows between him and Nomi is part rivalry, part partnership. Nomi asserts herself, with proud confidence and moments of uncertainty. Bond adapts to her. To Lynch, she's most proud of how Nomi's strength doesn't also come with vulnerability.

"Like a lot of us, it's always a front. It's a front just to be in the world," Lynch says of Nomi's posture. "I want there to be a really natural, realistic and easy influence on our young people in that when talking about 'strong Black women,' we don't just assume that their strength fell out of the sky and landed in their brain." 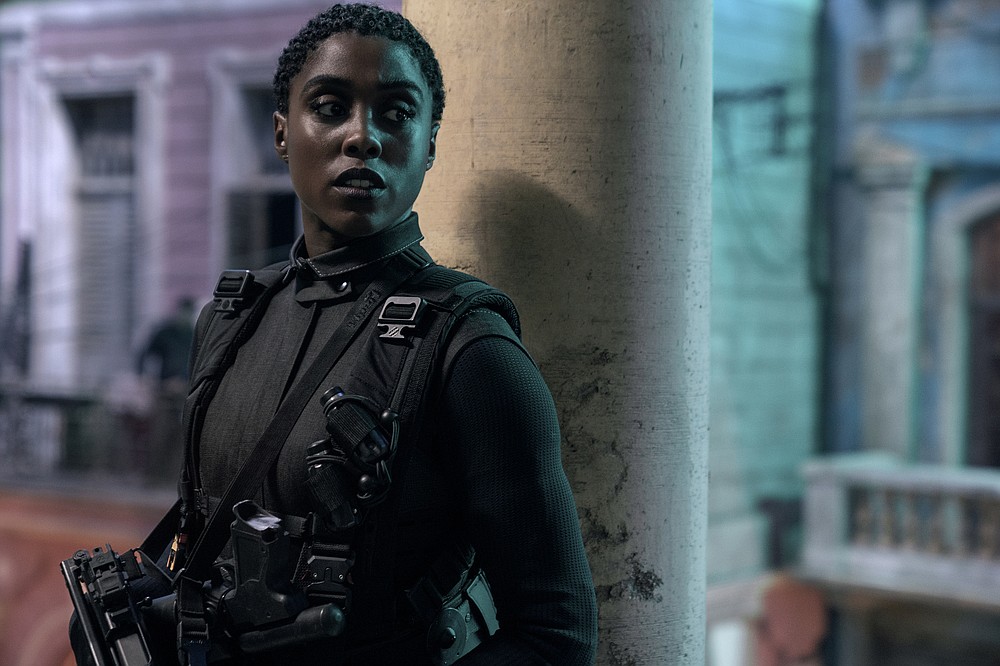 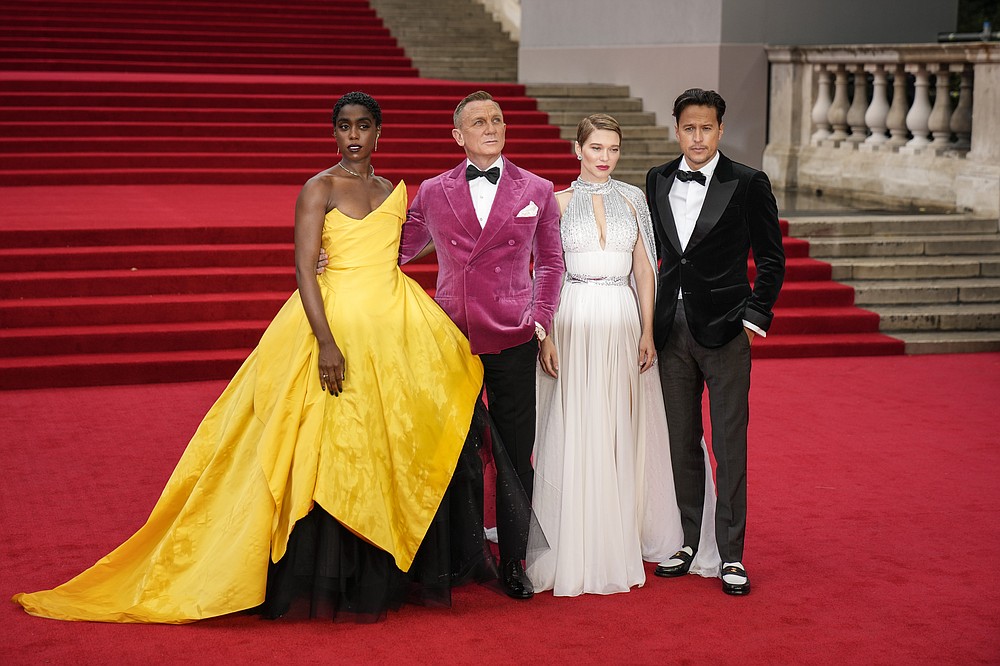 Lashana Lynch, from left, Daniel Craig, Lea Seydoux and Cary Joji Fukunaga pose for photographers upon arrival for the World premiere of the new film from the James Bond franchise 'No Time To Die', in London Tuesday, Sept. 28, 2021. (AP Photo/Matt Dunham) 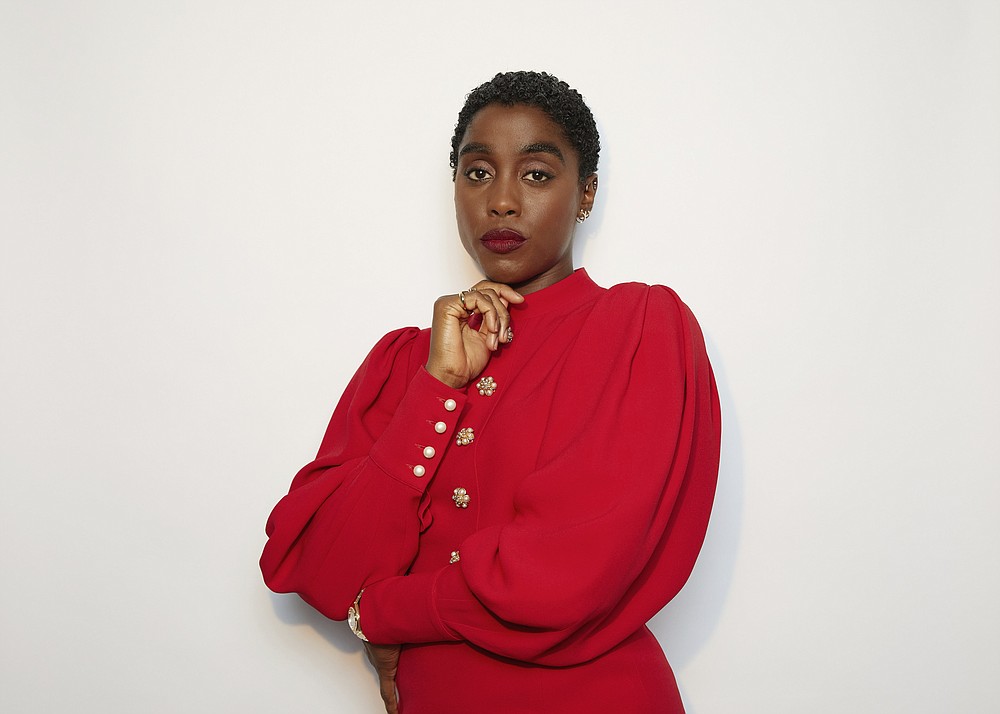 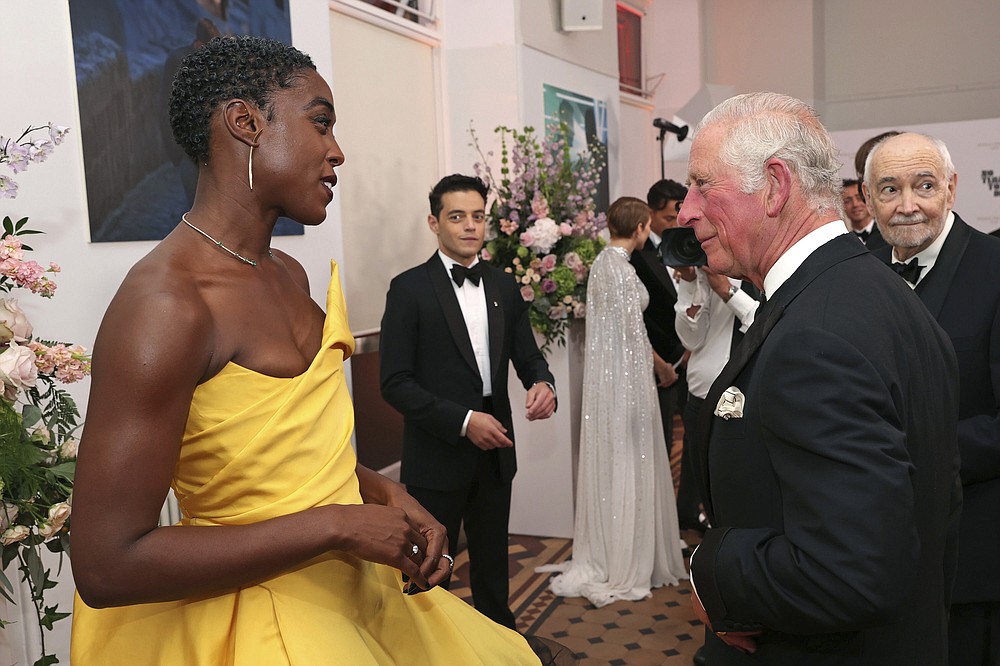 Britain's Prince Charles, right, speaks with British actress Lashana Lynch upon arrival for the World premiere of the new film from the James Bond franchise 'No Time To Die', in London, Tuesday, Sept. 28, 2021. (Chris Jackson/Pool Photo via AP) 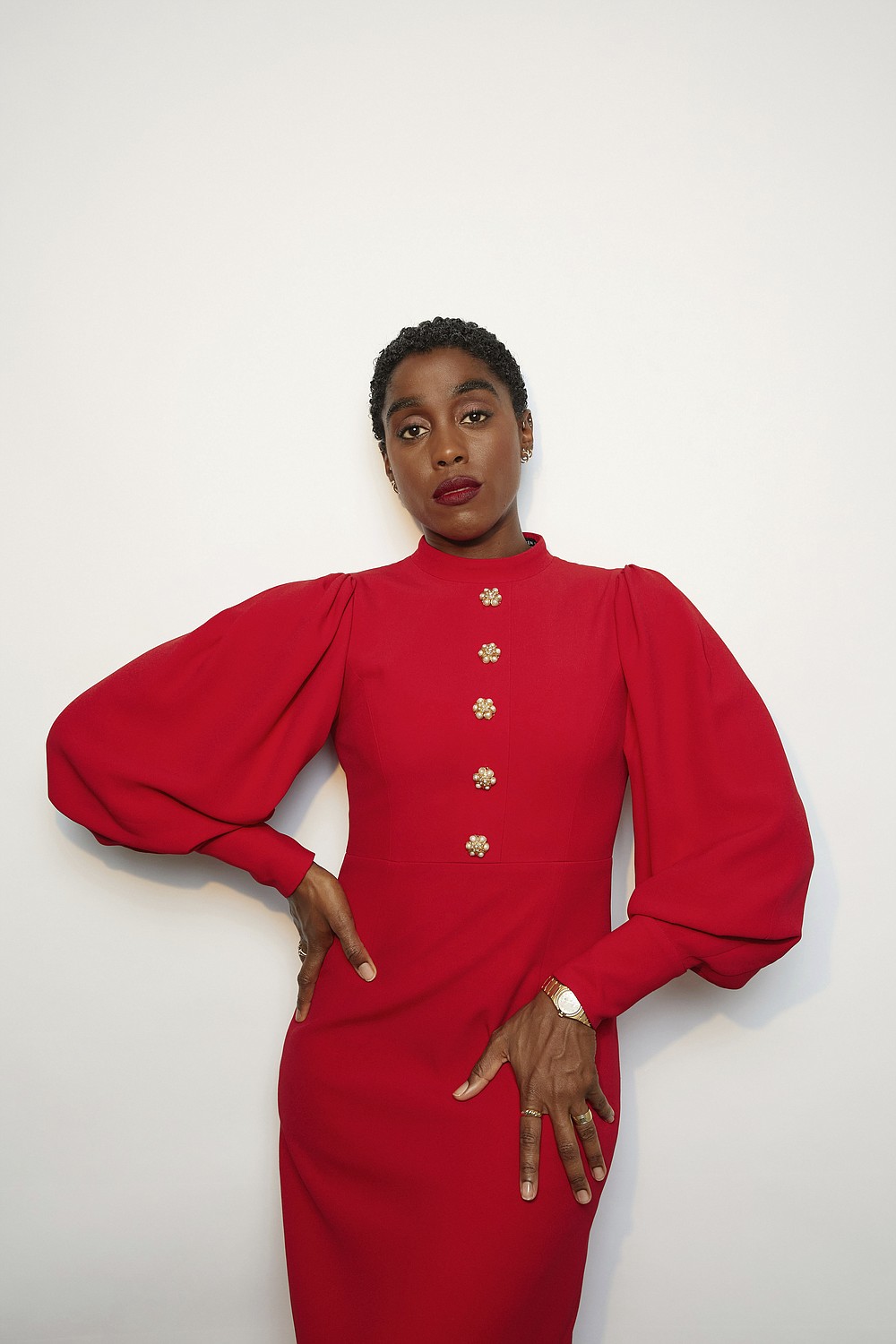 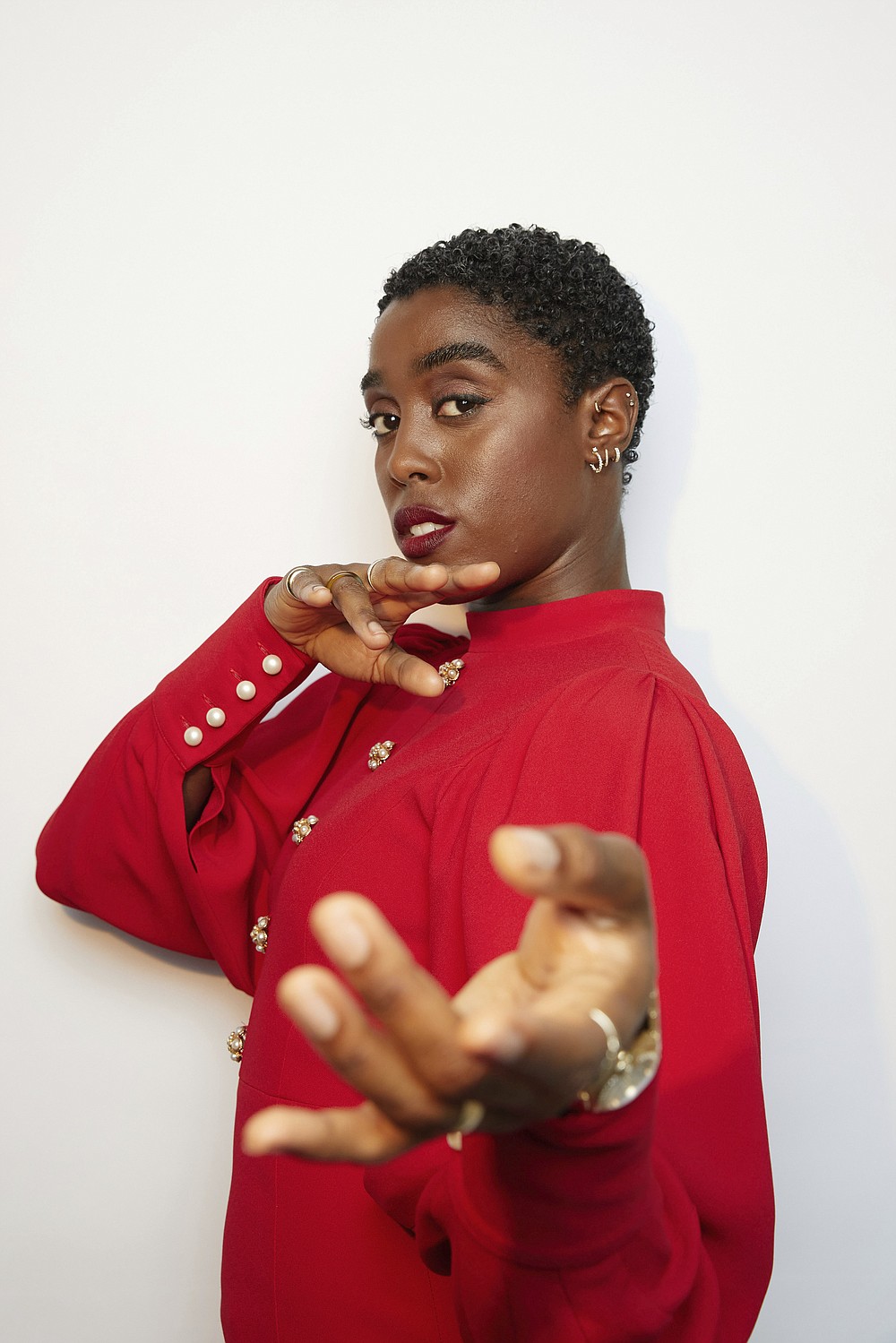 Print Headline: Lashana Lynch on making history as 007 in 'No Time to Die'