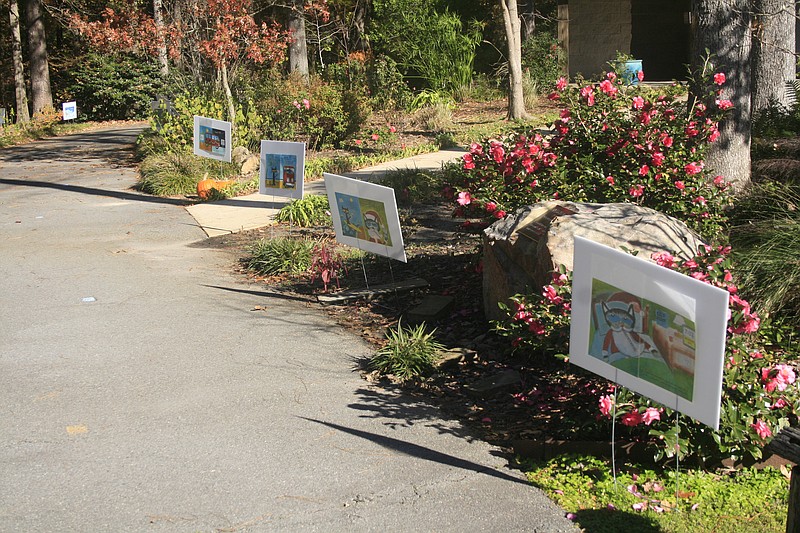 Currently, both locations feature holiday-themed reads; the book at the South Arkansas Arboretum is "Pete the Cat Saves Christmas" and the book located at SouthArk is "How to Catch an Elf." The signs are displayed naturally as the walking paths progress, allowing readers to take their time reading each page while walking.

The idea was introduced and executed in Union County by retired educator Darby Wallace.

Wallace said she first encountered the "storywalk" idea on a Facebook group. While some libraries have introduced permanent storywalk installations, Wallace opted for the laminated sign style to enable moving the program to new locations if needed.

"Storywalks are sweeping the nation; there are several other libraries that have created them... This style is very mobile. We can move it to different parks or to any location," Wallace said.

For Wallace, the primary benefit of the program lies in the simple idea of exercising while reading.

"The best benefit [for children] is getting that energy out and reading in the outdoors. It teaches kids they can read anywhere," Wallace said.

The program is presented by the SouthArk Community College Library and the Union County Public Library System.

Wallace also extended thanks to Entergy for funding the project as well as to the Friends of Barton Library, Union County Public Library System and to Lauri Wilson at South Arkansas Community College for providing the labor to create and install the displays.

She encouraged families who enjoy the storywalks to take the short survey offered by QR code at the end of each walk.

"[The survey] gives us good feedback on what books people want to see ... It's a quick four questions and it's anonymous. The more information we can get, the better," Wallace said. 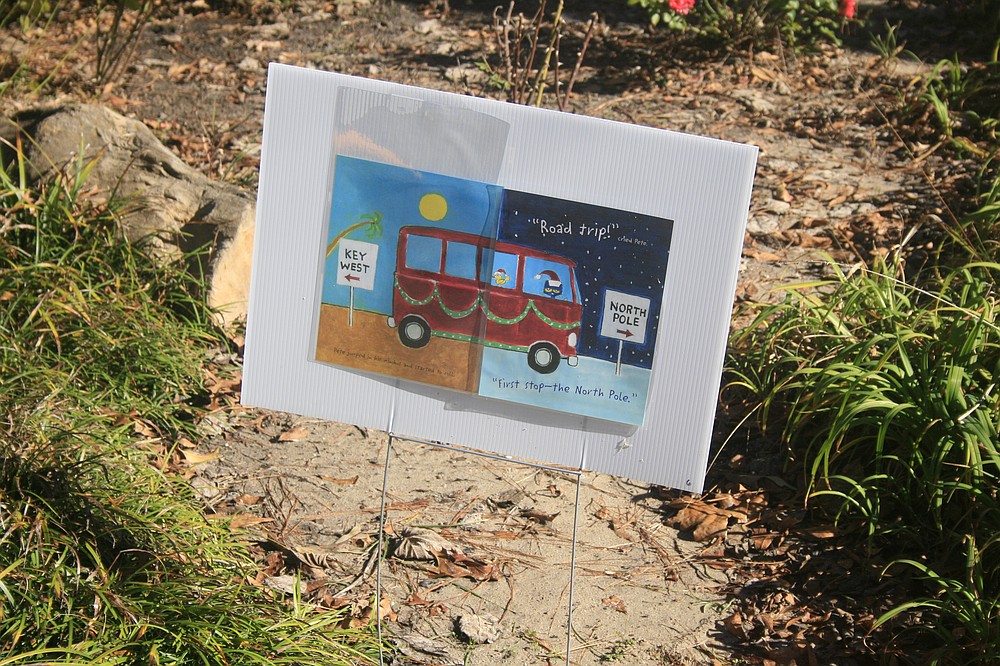 Storybook pages are displayed along the path just past the entrance at the South Arkansas Arboretum. (Matt Hutcheson/News-Times)