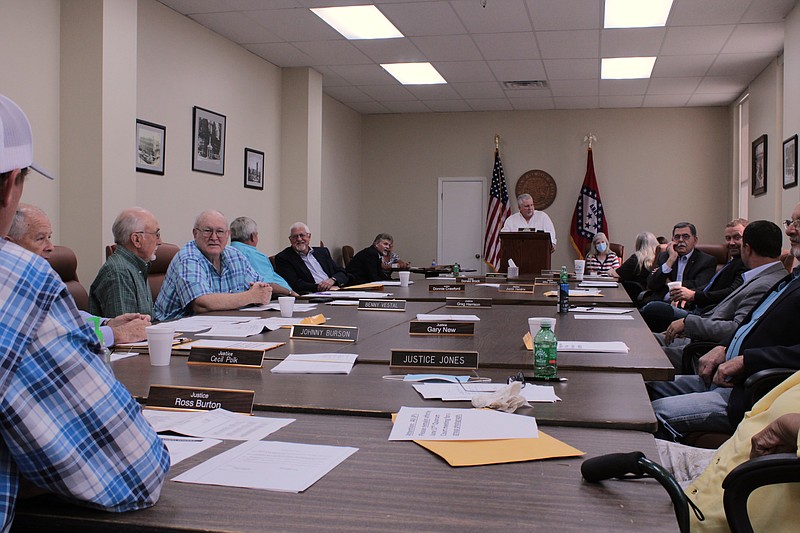 The Union County Quorum Court can be seen in this News-Times file photo.

The Union County Quorum Court is moving forward with plans to construct a centralized 911 dispatch center for fire, emergency medical and police calls in the county.

The company's proposal details its experience in designing and building government facilities, resources CADM can provide and its capability to control costs, meet deadlines and provide a high quality of work. The proposal also includes resumes for three architects and a construction contract administrator.

Dumas said on Friday that the dispatch center will also include a clinic for mass vaccination efforts.

"It will be COVID or any other mass vaccine that might be needed, like flu shots," he said. "It will also be available for training various agencies."

Dumas said a cost estimate for the new center hasn't been formulated yet. In August, he suggested that federal funds distributed to the county through the American Rescue Plan Act (ARPA) -- COVID relief legislation -- could be used to pay for the center.

The Southwest Arkansas Planning and Development District is helping the county to administer ARPA funds to ensure all relevant laws and guidelines are followed. The Quorum Court approved the economic development organization's assistance during their November meeting.

JPs appropriated $1,501,659 in ARPA funds into the county budget to replace revenue lost in 2020 last month.

"That's the revenue we lost, identified by the Treasurer, for 2020," Dumas said in October. "We're bringing the money out of the federal funds and putting it over into this budget, which is now to replace county funds, so it's going to go back into the county general fund to be spent any way the county spends money."

Dumas said on Friday that a potential location for the center is an eight-acre tract of land already owned by the county, "west of the former ThermaFlite building on Champagnolle Road and next to FedEx."