McVay receives plaque for Clerk of the Year award 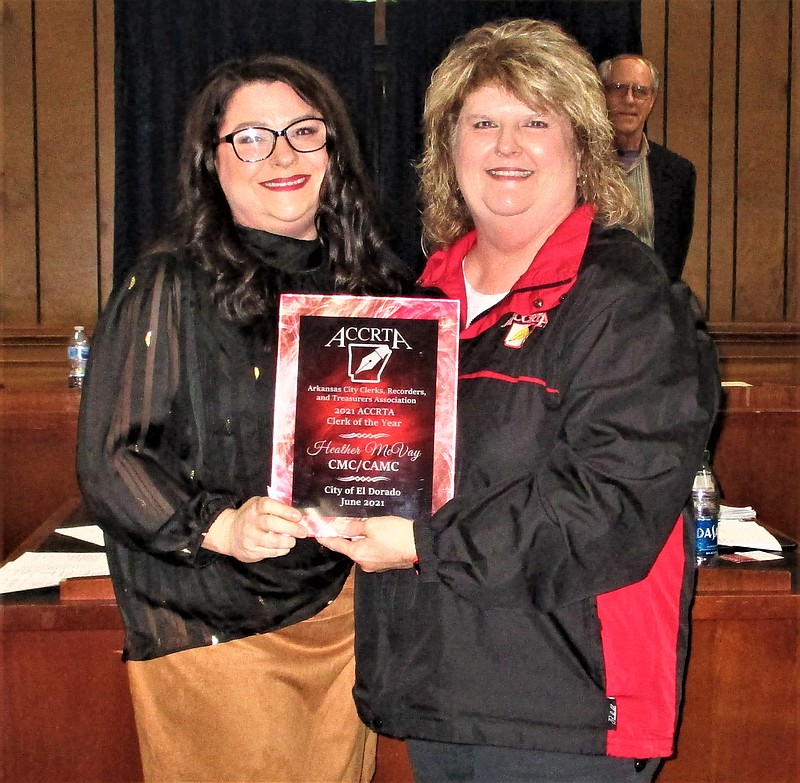 City Clerk Heather McVay, left, is awarded a plaque recognizing her as the 2021 Arkansas Municipal Clerk of the Year. The award was announced during the Arkansas Municipal League’s 87th annual convention, which was held in June. Dena Malone, recorder/treasurer of Clinton and president of the Arkansas City Clerks, Recorders, and Treasurers Association, traveled to El Dorado Thursday to surprise McVay with the plaque. Malone explained that the plaque is typically presented during the AML convention but the event was held virtually this year due to the coronavirus (COVID) pandemic. The convention was held virtually June 16 - 18. (Contributed)
ADVERTISEMENT