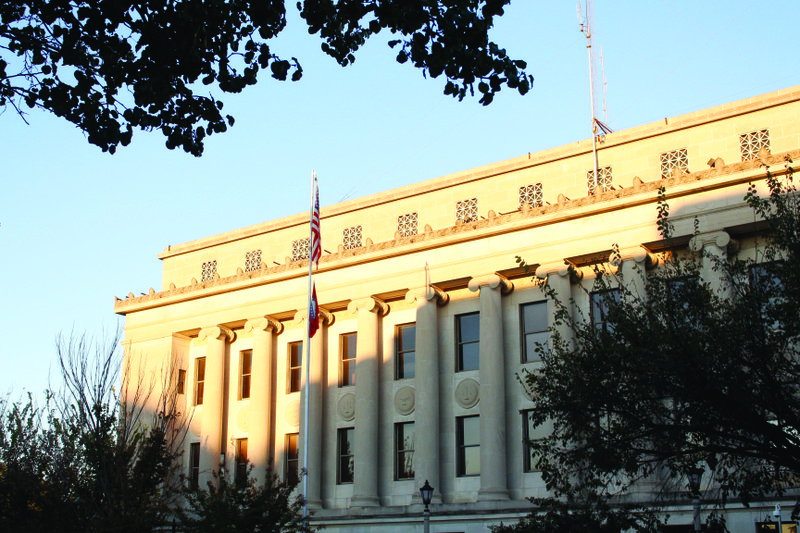 The Union County Quorum Court is scheduled to meet this morning to consider two finance ordinances.

The first finance ordinance on the agenda would move grant funds into the Union County Sheriff’s Office budget. Sheriff Ricky Roberts said his office received a grant of $17,955 from the Union County Community Foundation’s First Responder’s Fund, which is being used to develop an app.

”It will allow us to communicate with our citizens in ‘real time’ passing on important information as it happens,” Roberts said in a message to the News-Times.

Roberts said the UCSO has been working with thesheriffapp.com to develop an app that is “solely for our department.” They’re about a week out from launching the app, he said, and more information will be available then.

The grant has covered the cost of the app’s development and will fund three years of support and maintenance for the app, he said.

The second finance ordinance on the agenda would move funds to the Union County Clerk’s Office budget for part-time work.

Finance Committee Chair Mike Dumas, who as a Justice of the Peace represents District 1, said part-time work funds previously allocated to the Clerk’s office have been used to pay Jim Monk, a long-time information technology specialist for the county, for computer work.

According to the ordinance, $10,765 would be appropriated into the Clerk’s budget for any additional part-time work needed there — $10,000 for payment and $765 for Social Security matching. Dumas said the funds would hopefully be enough to cover the rest of the year.

District 3 JP Greg Harrison is also expected to give an update on the El Dorado-Union County Recreation Complex.

The Quorum Court will meet at 10 a.m. in the third-floor conference room at the Union County Courthouse.