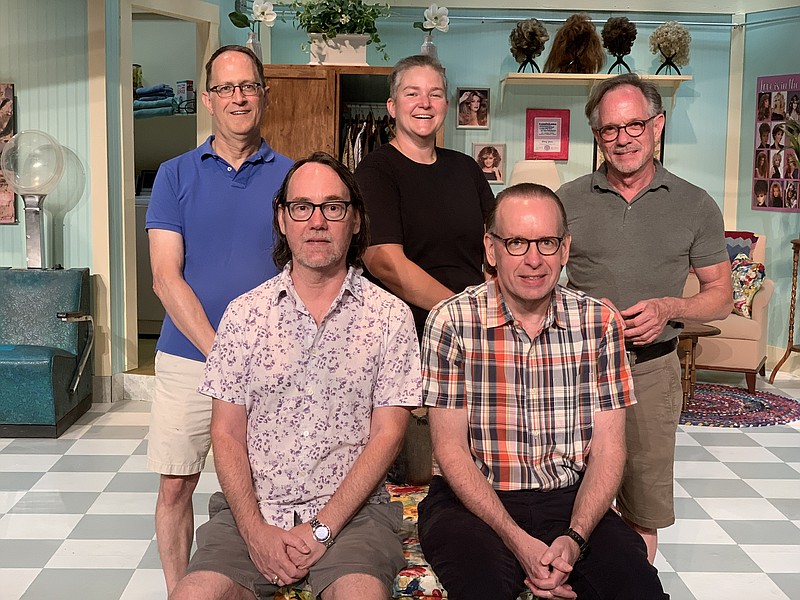 South Arkansas Arts Center alumni have helped to make the Arts Center’s current production of “Steel Magnolias” a professional-grade show. As they prepare for the show’s second weekend, SAAC Marketing Director Colleen Means gave an inside look at their pre-“Steel Magnolias” resumes.

“Having these professionals give their time and talents has been an unprecedented opportunity for the South Arkansas Arts Center,” Means said.” “Their contributions have created a production that will be remembered.”

Tripp Phillips, the play’s director, is a New York-based production stage manager and assistant director with 20 Broadway credits under his belt, including “Plaza Suite,” “All My Sons,” “Carousel” and “War Paint.” An Arkansas native – born in Hot Springs and raised in El Dorado – he began his theater work as a child actor and then as a young director at SAAC in the period from 1971-1982.

Scotty Cain, assistant director, stage manager and co-costume coordinator was born and raised in El Dorado and was active at SAAC from a young age, making his debut on the local stage in the 1980 summer musical “The King and I.”

Regan Dodson, lighting designer and El Dorado native, has lived in New York City for almost two decades and has extensive lighting and production credits there and around the country, including New York’s fashion week and the GLAAD Media Awards.

Richard Wharton, responsible for set dressing, was a member of the first-ever children’s art and drama classes taught at SAAC. He has designed a number of SAAC stage sets, including productions of “Mame” (twice), “Sunset Boulevard,” “Bus Stop” and “Breakfast at Tiffany’s.” With filmmakers Alex Jeffery and Paul Petersen, he produces the SAAC’s El Dorado Film Festival.

Phillip Tommey, poster and program designer, is an El Dorado native. He took many art classes at SAAC and performed onstage in six summer musicals from 1971–1978, including “The Music Man,” “Gypsy,” “Damn Yankees” and “Mame.” He has worked as an art director at advertising agencies in Los Angeles, New York, Boston and San Francisco, and is currently a freelance graphic designer/internet developer in Chicago.

“Steel Magnolias” will show tomorrow and through the weekend at SAAC, with evening performances on Thursday, Friday and Saturday starting at 7:30 p.m. and a Sunday matinee at 2:30 p.m.