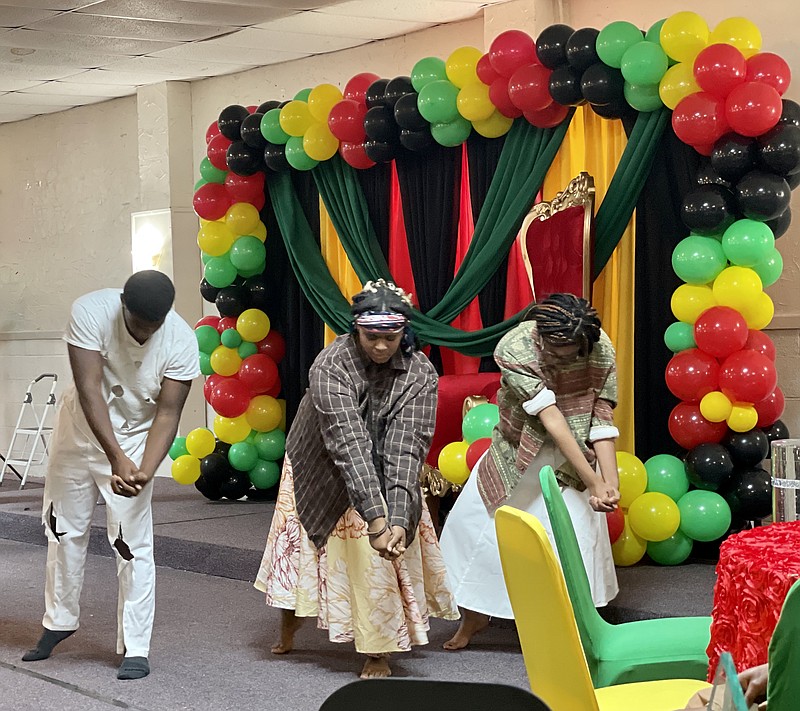 The Coalition of Black Professionals and Anxiety is a Mutha podcast hosted the first B.O.L.D. (Black Outstanding Leaders and Doers) Awards on Friday at the Village Outreach Facility.

Markeith Cook, founder of the Coalition of Black Professionals and event planner, told the News-Times he started brainstorming a Juneteenth event back in 2019, but when the pandemic hit in 2020, the celebration was delayed.

Fellow event planners Laurie Davis and Nikita Seal also expressed wanting to do something to celebrate Black culture, including Juneteenth, after what has been a contentious year for race relations.

This event comes on the heels of Juneteenth being made a federal holiday, signed into law by President Joe Biden on Thursday. Juneteenth honors the day when federal troops arrived in Galveston, Texas in 1865 to take control of the state and ensure that all enslaved people were freed.

Juneteenth was one of the big talking points of the night as special guest speaker Ramona J. Smith, the 2018 World Champion of Public Speaking, opened up the night asking some of the younger people in attendance if they knew what Juneteenth was.

“The day our beautiful ancestors were enslaved wrongfully finally received their owed emancipation,” Smith challenged the audience to remember Juneteenth as.

Those in attendance were adorned in their best attire. Red, yellow, green and black balloons and tapestry decorated the venue as homage to Pan-African colors.

Mayor Veronica Smith-Creer was the host and kept the audience energized the whole night with wit and laughter.

There were also several performances throughout the night including interpretive dance by a local youth group Young Artist Studio to the song “Stand Up” by Cynthia Erivo from the movie “HARRIET,” as well as an interpretive dance performance by Tori Davis, daughter of Laurie Davis, to Nina Simone’s rendition of “Strange Fruit.” El Dorado native and The Voice Season 16 contestant LeBryant Crew also performed two musical selections.

“Haven’t we always been magic,” Hicks exclaimed. “Black, a rare unknown spell in the cauldron / Always known how to make something out of nothing / Turned table scraps into gourmet meals / And ain’t that what magic really is / Making things appear out of nowhere / Believing it’s going to be just because you dreamed / Don’t magic look a lot like faith / And ain’t that something Black folk always had, something Black folk have always been / Faithful.”

A host of awards were given out throughout the night, including Hustler of the Year, Best Barber, Best Teacher, Best Black Owned Business and many more.

To close the awards show, Cook, Seal and Davis took center stage to thank all that supported and were in attendance.

“We all believe that coming together collectively will bring power and unity to this city,” Nikita Seal said. “Look around, all these Black people here and it is Juneteenth. We are celebrating something amazing, we are celebrating our own… So we really want to thank you all for the support and thank you El Dorado for showing up tonight.”

Hustler of the Year: Greg Williams