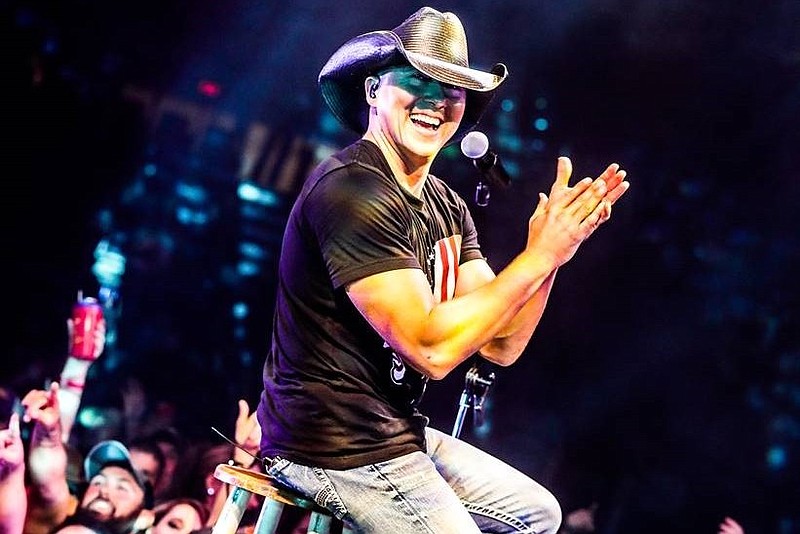 Foster will be supported by opening act Pryor and Lee, 2018 “The Voice” contestants.

Saturday night’s show, scheduled for 8 p.m. on Oct. 2, will be headlined by Snoop Dogg, with opening act Bone Thugs-n-Harmony.

Foster’s musical journey started in 2011 with the release of his first album “Rowdy Reputation.” To follow that up, in the late summer of 2012, he released his second album, “Red Wings and Six Strings,” which debuted at #30 on the Billboard Country Chart sand #1 on Billboard’s South Central U.S. Heat Seeker’s chart. Foster’s next five albums also all debuted on the Billboard Country Charts.

Foster embodies musical independence at its highest level; he not only has taken the road less traveled, but the road almost never traveled. Acting as his own record label, management and publishing company, he has managed to find success that some major label artists may never find.

The rural Louisiana native and former oilfield man has taken his songs from the campfire to the coliseum seemingly overnight, all the while gaining a following of fans whose loyalty is unmatched.

Doors to the concert will open at 6 p.m., with opening act Pryor and Lee taking the stage at 7 p.m. Tickets are available in three sections; premium, pit and general admission.

Pit tickets are general admission, standing room only and located directly in front of the stage.

“Frank was set to perform at MAD back in June, however, due to capacity guidelines, we postponed the show. When we started to see COVID restrictions loosen, we saw the possibility of adding a Friday night act to Musicfest and immediately thought of Frank. His fans travel far and wide to see him perform and has a large local following. We hope that with our two nights of music and all the Saturday Main Street activities during the day, this will make another fun weekend in El Dorado,” said Pam Griffin, MAD president and CEO.

The concert will take place in the First Financial Music Hall beginning at 7 p.m. Oct. 1. Tickets for the event will go on sale to MAD Members Wednesday, June 9 at 10 a.m. and to the public Friday, June 11 at 10 a.m.

Tickets can be purchased at eldomad.com or by calling the box office at 870-444-3007. Patrons may also purchase their tickets in person at the MAD box office, 101 E. Locust St. Tickets for the October 2 concert (Musicfest night two) with Snoop Dogg with special guest Bone Thugs-n-Harmony are currently on sale at the above-mentioned locations.

Tickets will incur a venue fee and tax at checkout.