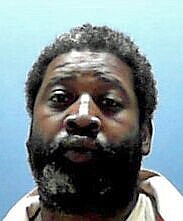 Charles Wayne Jones pleaded guilty Thursday to charges of negligent homicide in the 2019 death of his three-year old daughter.

According to court records, on Dec. 22, 2019, Jones rear-ended Nathan Jamerson and Dana Manor at the intersection of East North Street and North Fredrick in Magnolia.

Records say Jones, with three passengers in his vehicle, drove away from the scene after the wreck, and Jamerson and Manor pursued him. Manor told police that although they tried to catch up to the vehicle that hit them, they weren’t able to because it was going too fast.

Jones lost control of the vehicle and crashed into a tree on Columbia Road 36, where Jamerson and Manor found the wreckage and called 911.

Deputy Mallory Waller responded to the scene; there, she found a man and woman with major injuries, a child who had been ejected from the vehicle and another child trapped inside the vehicle, also with severe injuries, according to court documents.

Columbia County Ambulance Services freed the trapped child and transported him, Jones and the other child to Magnolia Regional Medical Center.

The child who was ejected from the vehicle, who was Jones’ three-year-old daughter, was pronounced dead at MRMC.

Detective Leroy Martin was assigned the case after deputies who spoke with Jones noticed a strong odor of intoxicants on him and he refused requests to draw blood for drug and alcohol testing. Court records say deputies also found small baggies of what they suspected to be marijuana in the wrecked vehicle.

Martin obtained a search warrant for a blood test that day and had blood drawn from Jones and the sample and suspected marijuana were to the Arkansas Crime Lab in Hope for analysis.

Martin also spoke with Shakmia Willamson, the adult passenger in the vehicle and the mother of the deceased child. Records say Williamson told Martin that Jones was driving the vehicle and left the scene after hitting another vehicle and subsequently lost control of the vehicle while traveling at a high rate of speed.

The results of the blood test indicated that Jones had a blood alcohol content of .10% and was also positive for THC, the principal psychoactive compound in marijuana. On April 13, 2020, additional test results indicated that the baggies found in the car had, in fact, contained marijuana.

On June 16, 2020, Jones was arrested, and in a police interview, said he’d lost control of his vehicle that night while intoxicated, according to court records. He also told the detective that the marijuana in the vehicle was his, documents state.

Jones’ June 3 hearing at the Columbia County Circuit Court was listed on the docket as a pre-trial hearing, with trial dates set for July 19 - 20. When his name was called by Judge David Talley, Jones’ attorney Jessica Yarbrough requested a moment to speak with her client. Yarbrough and Jones stood close, whispering to each other before they returned in front of Talley.

When Yarbrough told Talley that they would be submitting a guilty plea with a request for sentencing by either the court or jury, Talley appeared surprised.

Near the end of his hearing, Talley told Jones that it would be his responsibility in finding witnesses for his sentencing. Jones is scheduled to appear again in late July.