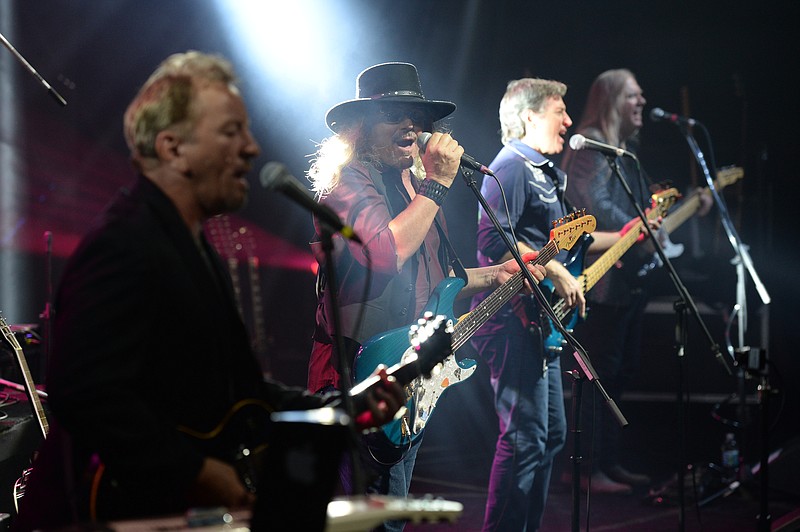 The Long Run Eagles tribute band first formed in 2009 and have been touring across the country for years to honor the musical influence of the 70s rock band. (Contributed)

The Long Run, an Eagles tribute band made up of career musicians from south Florida, will perform Saturday, July 31 in the First Financial Music Hall at the Murphy Arts District.

"We've been together since 2009," Del Mize, co-founder of the band, said. "John Tillman, our guitar player, loaned Glenn Frey (Eagles band member) his guitar for the 'The Long Run' album. So that's kind of where our name came from."

"There are a few other 'Long Run' tribute bands but I don't think they have that story to tell," Mize added with a laugh.

Other band members include Gary Wayne, Jonathan C. Washam, Kevin Kelly and Scott Craig. According to their website, members of the band have performed with or shared the stage with great artists like Lynyrd Skynyrd, Steppenwolf, Eddie Money, The Beach Boys, .38 Special, The Doobie Brothers, Trace Adkins and more.

"A lot of us grew up listening to The Eagles and have played a lot of their songs," Mize said. "That was the primary motivation for us to put together an Eagles tribute band. We all come from different musical backgrounds but we all have that in common, a love for the Eagles."

Without giving away many details of the show, Mize said that their tribute band is doing a lot of things in their performances that other bands are not doing. Some of that includes consistently delivering great vocals and being active and interacting with the audience during shows.

"The audience will be getting the best of south Florida," Mize said. "We give a higher energy performance. We don't just stand around, we do a lot of different things on stage."

There are also some personal favorite song selections of The Eagles that Mize and the band love to perform that he thinks tend to be crowd pleasers.

"I really enjoy performing 'One of these Nights' and 'Wasted Time,'" Mize said. "I like every Eagle song there is. The band overall enjoys playing 'The Boys of Summer' and 'Heartache Tonight.'"

Mize said they will also play some deep cuts by The Eagles that only hardcore Eagles fans will know.

"We are going to rock the house," Mize said. "Come out, let's have a great time and forget about COVID for a night."

The performance will start at 7 p.m. Saturday, with doors opening at 6 p.m. Seating is reserved. Tickets can be purchased at www.eldomad.com or by calling the box office at 870-444-3007.