MCSA investigation to come to a close this week; presentation to Board scheduled 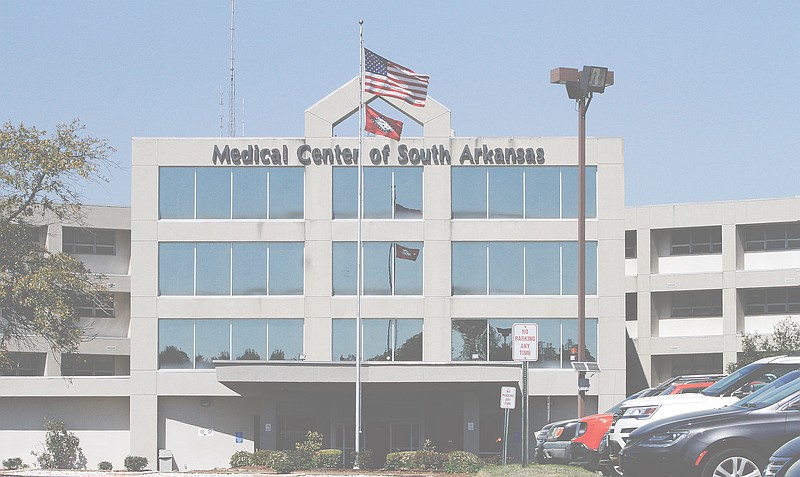 Findings from an investigation into a vote of no confidence issued by Medical Center of South Arkansas medical staff last month are due to be presented this week to the hospital's Board of Trustees, said Vicki Gilliam, an attorney representing 11 MCSA doctors who participated in the vote.

According to a memo circulated to MCSA staff last month by CEO Scott Street, the hospital had "engaged independent counsel to conduct a thorough and complete investigation of the matters raised."

Vote of no confidence

On June 6, the News-Times reported that the general medical staff of MCSA had unanimously voted no confidence in the hospital's leadership, specifically with regard to Street. Chief of Staff Dr. Ezinne Nwude confirmed the vote on June 5 after the newspaper received a tip about it.

"These doctors have dedicated their lives to serve this community and because of these reasons, they're speaking up and wanting things to change. They no longer have any faith or trust in this leadership spearheaded by Scott Street," she said at the time.

Nwude said on June 5 that the leadership issues were affecting both quality of care and staff morale.

After the vote was conducted, the staff sent a letter to the MCSA Board of Trustees informing members of the vote and listing the reasons why they no longer had confidence in the current leadership.

The memo, which is dated June 6, disputed that the vote was unanimous and cited several of the hospital's quality of care ratings, which were average and above average, and stated that the nurse turnover rate at MCSA was lower than the national average.

Gilliam, whose firm is based in Mississippi, is licensed to practice in Arkansas, Alabama and Texas in addition to Mississippi.

"Following the Medical Staff's vote of 'no confidence' in the current administration of CHS at MCSA, my clients were told that an Investigative Attorney had been hired by CHS to conduct fact-finding interviews as to the allegations contained within the vote of 'no confidence' letter. They were told that the Board of Trustees of MCSA supported this mechanism of investigation," Gilliam said in an email to the News-Times.

CHS, or Community Health Services, is a publicly-traded company which owns, operates or leases approximately 84 hospitals across 16 states, according to its website. MCSA is owned by CHS, as are five other hospitals in Arkansas.

Gilliam said she was contacted by the 11 doctors she is representing "to act as their counsel during the attorney interviews," adding that her clients "acted in good faith and with full cooperation with this Investigation."

She said the hospital had retained the services of Bass, Berry and Sims to conduct the investigation into the letter's claims. Bass, Berry and Sims is based in Tennessee, and, according to the firm's website, has previously represented CHS, including in the legal areas of mergers and acquisitions, debt financing transactions, private equity, health care information technology software vendor issues, health care data breach protections and response and government advocacy and public policy.

On Thursday, a report from the investigation will be presented to the MCSA Board of Trustees, Gilliam said.

"It is my understanding that the Board of Trustees will meet with the General Medical Staff on Thursday evening following the presentation of the report at their Board Meeting, in order to discuss the findings by the investigative attorneys," she said.

The News-Times also reached out to MCSA Board of Trustees Chair Rob Robinson, but did not hear back by press time Sunday.

Gilliam said the investigation "represents the only known reaction from CHS and the Board to their 'no confidence' vote thus far."

"My clients are hopeful that the resulting report will properly reflect the gravity and seriousness of their major concerns, as to quality of patient care and treatment, under this particular Administration," she said.

Print Headline: MCSA investigation to come to a close this week; presentation to Board scheduled