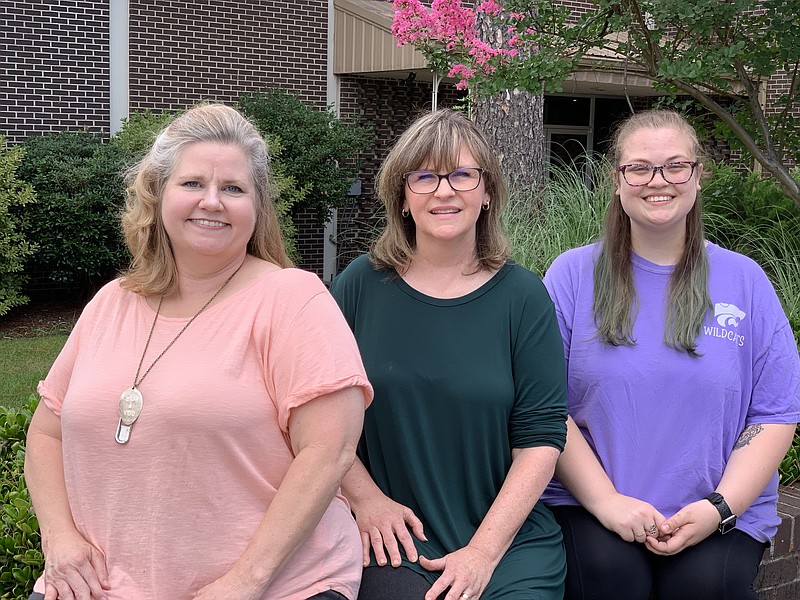 Disney's worldwide phenomenon is taking the SAAC stage by (snow)storm! The enchanting modern classic from Disney, "Frozen JR." is based on the 2018 Broadway musical, and brings Elsa, Anna and the magical land of Arendelle to life onstage.

The show features all of the memorable songs from the animated film, plus five new songs written for the Broadway production. With a cast of beloved characters and loaded with magic, adventure and plenty of humor, "Frozen JR." will thaw even the coldest of hearts.

SAAC's fall Drama Club production, sponsored by Southern Airways Express, will kick off with "All Things Frozen," audition information parties scheduled to be held on August 24 and 26. The production is scheduled for Dec 10-17.

Gunter is the instructor for SAAC Drama Club classes and a local music and English teacher at West Side Christian School. Over the last eight years, she has directed over 20 productions, mostly on the SAAC stage. Gunter is a resident of Huttig, where her husband is pastor of Huttig First Baptist Church. Gunter has a Bachelors of Arts in Speech Communications and has traveled in regional and national collegiate circuits in forensics and debate.

Hickman is a homeschool mom of two, as well as a homemaker. She has been the music director for countless productions on the SAAC stage, and has taught a summer music class for preschoolers. Hickman's first show on the SAAC stage was a homeschool production of "Alice in Wonderland" in 2015. Since then, she has been the music director for many additional homeschool shows, as well as for two Penguin Projects, Youth Theatre projects and Drama Club productions.

"SAAC Drama Club will bring snow and ice to the SAAC stage with Disney's 'Frozen, JR.' This is a fan favorite fairytale of a Snow Queen who cannot control her powers and the sister she tried to keep safe from them. On this journey we learn about true love, the power of letting go of fear and the simplicity of a hug," said Hickman.

Davis is no stranger to theater and the SAAC stage happens to be her favorite, as she teaches the childrens' drama classes there. Some of her favorite past credits include directing SAAC's "Annie KIDS;"playing Rhonda and hair, wig and makeup designer for SAAC's "Singin' In The Rain;" playing Grempkin in SAAC's "Peter and the Starcatcher;" playing Madame Spanella in SAAC's "Breakfast at Tiffany's;" and directing SAAC's "Disney's Aristocats KIDS."

Davis has a bachelor's degree in theater from Louisiana Tech University. When not at SAAC she can be found teaching eighth grade English at Barton Junior High.

For more information on this production, call the SAAC office at 870-866-0707 or visit saac-arts.org.