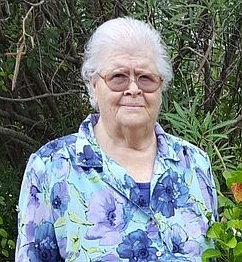 Barbara Lynn Burson, 79, of Strong, AR passed away and entered her Heavenly home on Monday, July 19, 2021 at the John R Williamson Hospice House in El Dorado, AR. Heaven is richer today because she had such a great love for her Lord and Savior.

She was “Baboo” to her nieces and nephews and Aunt Barbara to a lot of others. In her younger days she would load her car with kids and off to bowl, skate or the movies they would go. She was of a giving loving nature. She was chauffeur and caregiver to her parents as long as they lived. After she retired from Simmons Bank she visited her friends and when she could no longer drive she called.

She was an active, faithful member of Union Methodist Protestant Church and a great supporter of the mission programs of the church. She was also a supporter of Kentucky Mountain Bible College

Survivors include her sister, Bonnie Bennett and husband Braudice, brother, John W Burson and wife LaWanda of Strong, her sister, Rebecca Ray and husband Jimmy of DeWitt, nieces, Teresa Newsom, Tracey Cogburn, Robin Burson, and Christy Keeney, nephews, Buddy Bennett, Matthew Green and Bobby Burson and a whole bunch of great nieces and nephews. She will not only be missed by her family but by her many friends, especially Jon Robinson, who she claimed as a son and who was so good to her. The entire Mouzon and Tip Vestal family who shared their family with her and she loved so much.

Due to Covid concerns a memorial graveside service will be held at 10:00 a.m. Saturday, July 24, 2021 at Teel Cemetery on the Huttig Hwy with Rev. Donald Ray Smith and Rev. Robert Burns officiating.

The family would like to thank the staff at Life Touch Hospice for their tender, loving care.