Business networking event returns for the first time since COVID 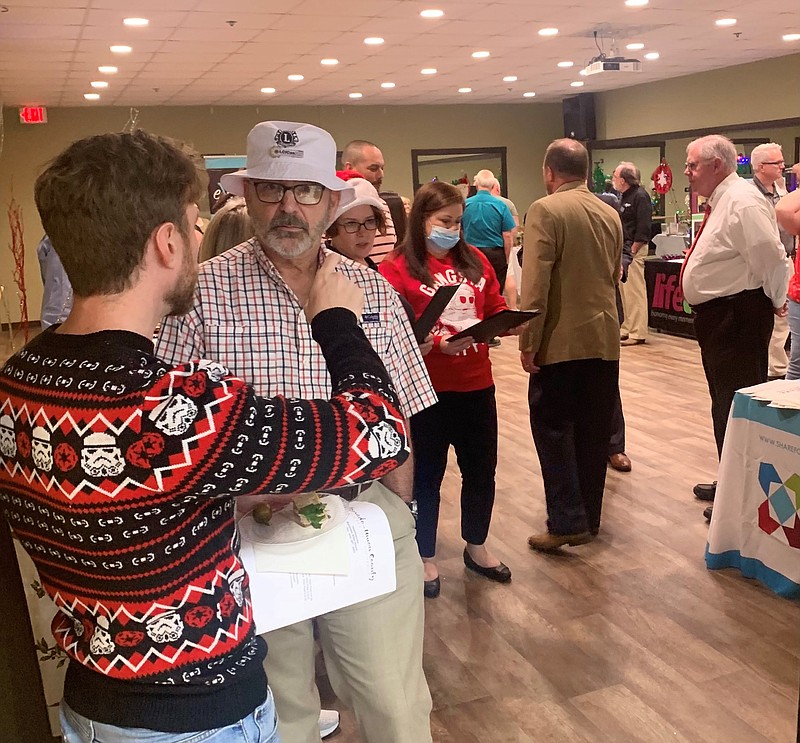 The SHARE Foundation hosted the first Business After Hours event since the start of the COVID-19 pandemic on Thursday at its partner agency, HealthWorks Fitness Center.

When the event was held prior to the start of the pandemic, it served largely as a networking event and opportunity to expose community members to the services of the hosting site according to Kaitlyn Rigdon, communications and finance coordinator of the El Dorado-Union County Chamber of Commerce.

“We’ve been talking about bringing it back for a while now,” Rigdon said. “We started planning it a month ago and we’ve been lining up the rest of the Business After hours events for the remainder of 2021.”

The networking event is held monthly on the third Tuesday and will always be hosted by a Chamber of Commerce member.

The theme of the first Business After Hours in over a year was “Christmas in July.”

“They decorated the whole HealthWorks facility with Christmas decorations,” Rigdon explained. “It was really cheerful and fun. We thought it was the perfect way to kick off the after hours events for this year.”

Some of the features of the night that coincided with the theme included an ugly Christmas sweater and/or hat competition, judged by the HealthWorks juice bar staff and volunteers at the gym.

There was information available to attendees that highlighted all of the different agencies that the SHARE Foundation partners with, and tours of the HealthWorks facility were offered.

While attendees were on the tour of the facility, they were also participating in a scavenger hunt that was a part of the evening’s festivities. By the end of the scavenger hunt, participants were entered into a drawing for door prizes.

Close to 100 volunteers and participants were in attendance, according to Rigdon, a great turnout she is hoping will happen with all the future Business After Hours events.

“The turnout was incredible,” Rigdon said. “It was a huge success and something we look forward to continuing.”

Next month’s Business After Hours event will be hosted by the NBC-affiliated television station, KTVE, on August 17, at 723 N. West Avenue.