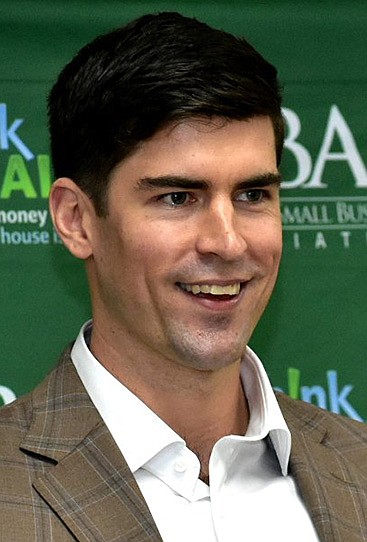 A Republican and Little Rock native, Bequette will join the field of candidates seeking to occupy the seat Boozeman has held since 2011.

Like Bequette, Morgan and Loftis both position themselves as Washington outsiders and non-politicians. In an interview with the News-Times on Tuesday, Bequette said he believes his “unique background” sets him apart from the other candidate who utilize similar language in their campaigns.

Bequette played football for the Arkansas Razorbacks and was drafted in the third round of the NFL draft by the New England Patriots in 2012. He left the NFL in 2015 and joined the U.S. Army the same year.

According to his campaign website, he “was commissioned as an Infantry Lieutenant… graduated from the U.S. Army Ranger School and was deployed to Iraq with the 101st Airborne Division.”

Bequette referred to leadership experiences including as a team captain for the Razorbacks and as a platoon leader while deployed.

Sen. Boozeman recently visited El Dorado to discuss infrastructure issues with a group of city and county officials. Bequette went over what he feels are the biggest issues facing south Arkansas and the state as a whole during the interview on Tuesday.

“Infrastructure is vitally important in south Arkansas and all over the state. I’m wary of massive pieces of legislation that are labeled as infrastructure bills but are Trojan horses for radical left policies,” Bequette said.

He referred to policy stances including “strengthening law enforcement… illegal immigration and the economy and jobs” as among issues he finds most important to the state.

Bequette began an organization called The Arkansas Fund earlier this year which, according to his website, is “dedicated to helping small businesses in Arkansas that have struggled as a result of the COVID-19 pandemic.”

The primary elections are currently, unofficially set to take place on May 24, 2022, according to the Arkansas Secretary of State’s office.