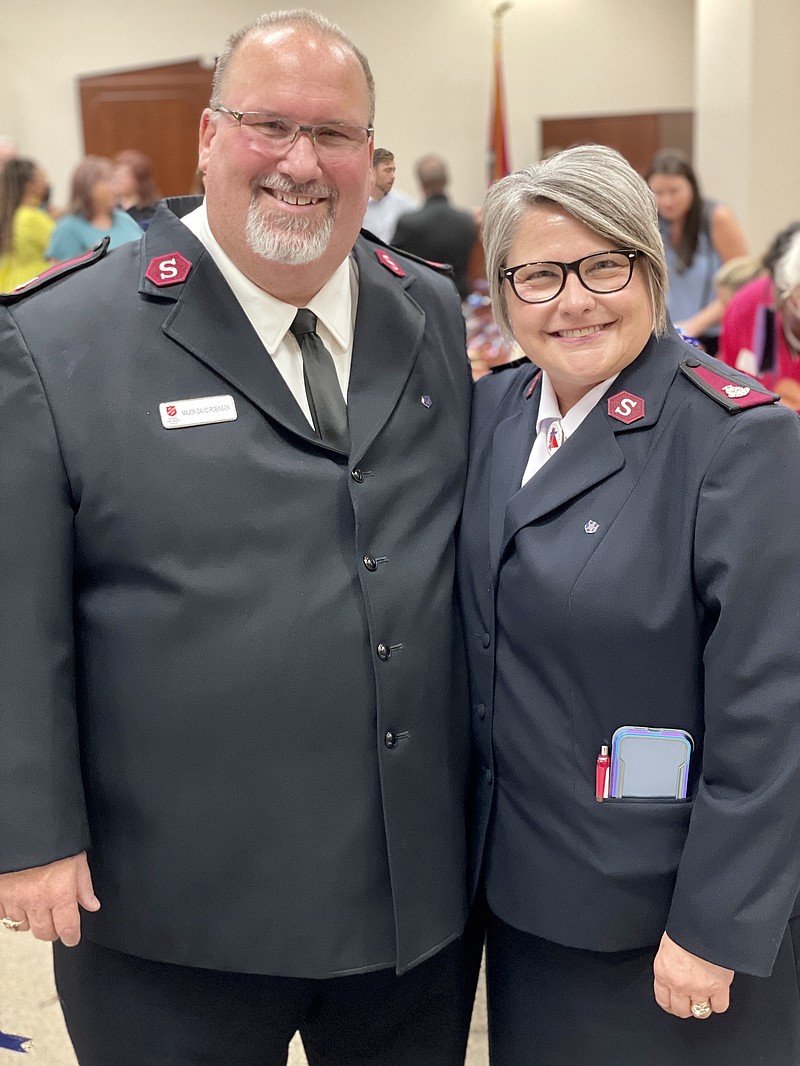 The United Way of Union County held a reception on Thursday at the El Dorado-Union County Chamber of Commerce to welcome Majors David and Joanna Robinson, the new Salvation Army corps officers of El Dorado.

Many local leaders, including Mayor Veronica Smith-Creer and Chamber President Bill Luther, were in attendance. Cake, sandwiches, cookies, cider and more were served as part of the festivities.

“Today is a special day because the people have been so welcoming,” Joanna Robinson said. “They want to know who we are just like we want to know who they are. So we are so glad something like this was put together for us.”

Though new to El Dorado, the couple have been in Arkansas for eight years, serving in places like Pine Bluff and Conway. They have been in the work of social services for 22 years, according to Joanna Robinson. The couple has been in El Dorado for a total of three weeks and have been familiarizing themselves with the Salvation Army offices here, they told attendees.

Some of the services he wants to get back into full force include social services, the daily meals program and the shelter program that the Salvation Army offers.

“Right now the feeding program is all to-go meals but we want to get it back to serving the public, where they can come in and sit down for a meal,” David Robinson shared.

Both David and Joanna Robinson said they are looking forward to getting to know the El Dorado community and expressed already feeling “at home.” They also shared what brought them into the field of service.

“God chose us,” David Robinson said. “He had a mission for us and he called us into this ministry and that’s why we do it. We don’t do it for us, we do it for others. God has called us to serve wherever he sends us and we are willing to go and serve.”