Family is the secret ingredient at Fayrays 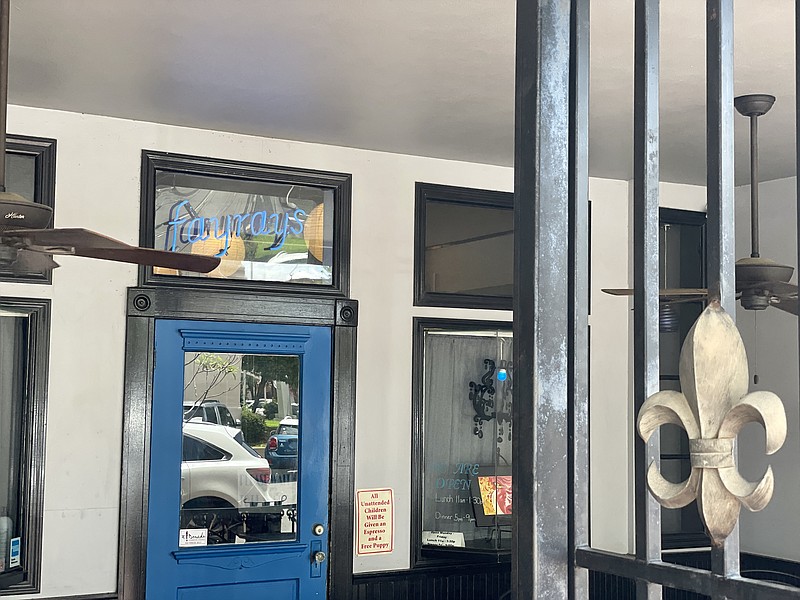 Fayrays in downtown El Dorado has become a staple restaurant for community members and visitors alike. The New Orleans flair and inspired menu, along with bold flavors in the Cajun-influenced cuisine, has provided the restaurant with a reliable consumer base, or as owner,Mike Rice says, “family.”

Rice said that his connection with his customers is so deep that when COVID-19 first hit last year and the restaurant was reduced to to-go orders, he felt the impact of not being able to interact with them immediately.

“I missed my customers,” Rice said. “I missed sitting at the table and catching up on how their kids are doing, or how the wedding went or how the new grandbabies are doing. We really take pride in our customers… So I really missed the interaction.”

The “family” is back in the restaurant now and enjoying the ambiance set with the playing of jazz music and the New Orleans style art that hangs from the walls, taking part in the vision that Rice had when he first bought the restaurant eight years ago after he retired from law enforcement.

“It is the way I cook,” Rice said. “If you look at our menu, there are a lot of south Louisiana and Sicilian influences in my food, which is really common in New Orleans’ food.”

Cooking has always been a passion of Rice’s.

“When I was running a drug task force in law enforcement, it was really stressful,” Rice said. “So cooking has always been my way of relaxing. Stressful day or running a whole bunch of search warrants, when I get home I’m gon’ cook something.”

Rice said the restaurant’s menu changes frequently, as he is inspired by new flavors and influences a lot.

Some of the menu constants are rice pilaf, creamy mashed potatoes and Sanya’s popular meatloaf and cabbage. Sanya is Mike’s co-chef and is a pivotal asset to Fayrays, according to Rice.

“I couldn’t do this with anybody else,” Rice said. “She was here when I bought the place. She has been with me through thick and thin, we are a true team. She is the coolest and most fun person to work with. I would even say that out of all the chefs I have worked with, she is the most talented.”

Sanya, too, has become like family to Mike. He said that his wife even jokes around and says that Sanya is a “sister wife” because of how much a part of the family she has become.

Family is one of the running themes of Fayrays. From the customers, to Sanya, to one of his daughters that currently works with him, family has become a foundation for the restaurant.

Something Fayray fans may not know is that Mary Lou, a deceased daughter of Mike Rice, is embedded in the restaurant and a big reason why the theme of family is so important to Mike.

“My daughter, Mary Lou, who lived in New Orleans was going to come to El Dorado and this was something we were going to do together,” Rice said. “But Mary had some problems and died from a heroin overdose in 2016. So that never happened… But there is a lot of Mary Lou inspired in these dishes. The ‘Pasta Mary Lou’ was something I made for her when I would visit her in New Orleans that I make from time to time.”

Mike also has a picture of his deceased father in the corner of the bar where he sits down to enjoy a meal.

So much work goes into making the high quality food that people enjoy at the restaurant, something that diners may not realize, according to Rice.

“There is so much prep work that goes into what we do. We’re open from 11 a.m. to 1 p.m and then reopen for 5 to 9 p.m. Well in that closed time, there is a lot of behind the scenes chopping, making sauces, et cetera… How much we do beforehand I think would surprise a lot of people,” he said.

Rice concluded by saying how much he appreciates the community support and shared one last story how much like family his customers are.

“Our customers during COVID were incredible,” Rice said. “I had so many random acts of kindness. When we had to shut everything down and only do to-go orders, I had friends that would purchase a to-go plate for $12.50 but when I opened up the checkout book, there was a couple hundred dollars stuck in there. I have gotten attached to the people and they are what keeps me and my team motivated.”