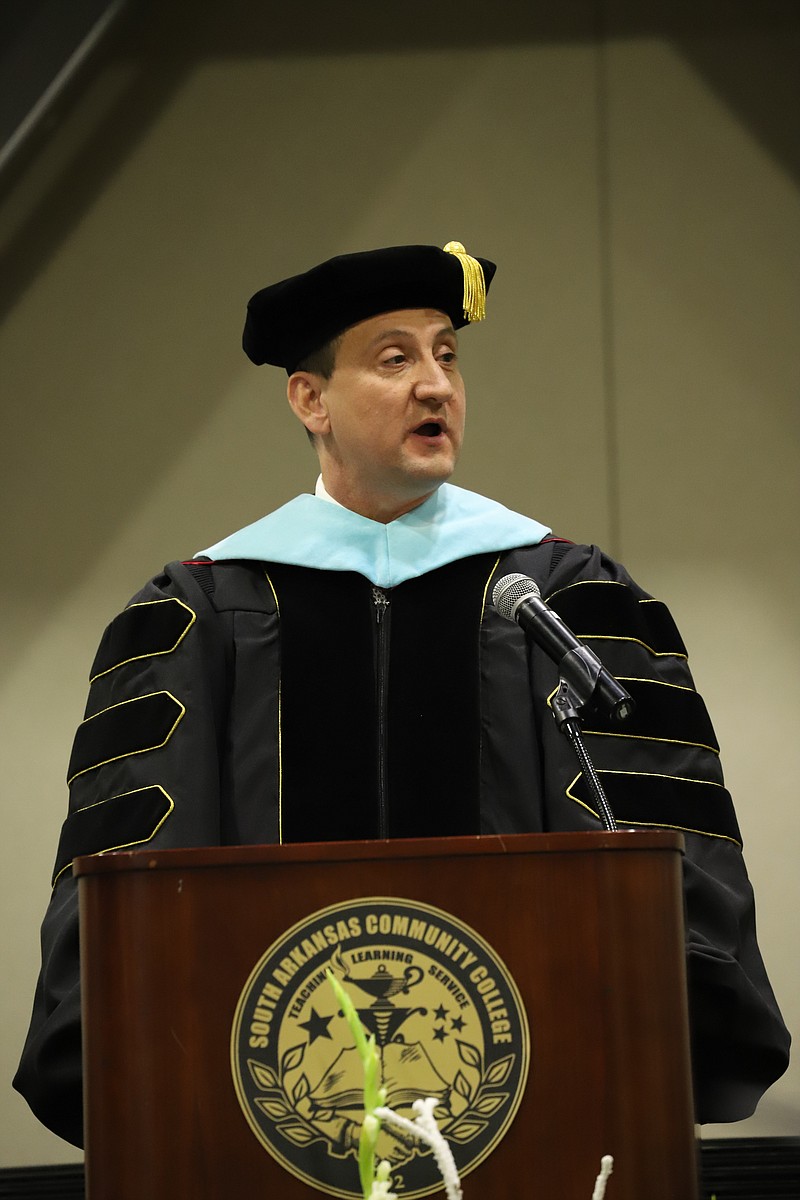 Dr. Michael Murders, Vice President of Academic Affairs at South Arkansas Community College, will be ending his tenure with the college at the end of January.

“We’re going to miss his influence on good things happening at SouthArk. Our search is underway, we launched that about a week ago,” SouthArk President Dr. Bentley Wallace told the Board of Trustees at a January board meeting.

Murders is returning to the Air Force and will have a role in education in Mississippi, Heath Waldrop, director of marketing and public relations at SouthArk, said.

Murders said the Air Force offered him another opportunity he couldn’t pass up.

“I served in the Air Force for 20 years and began my higher education career while assigned at the University of Arkansas Air Force ROTC Detachment 030,” Murders said. 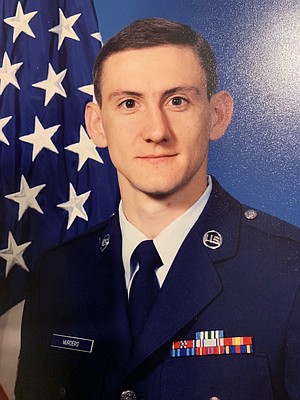 “An opportunity to serve with the Air Force at 338th Training Squadron at Keesler Air Force Base in Biloxi, (Mississippi) arose. I will be combining my Air Force career experience with computers and communication with my education expertise to oversee the continued development of career programs in Cyber Transport, Radio Frequency Transmissions, and Expeditionary Combat Radio Support,” Murders further explained.

“In short, I think I have found my calling to serve the Air Force and education simultaneously,” he said. 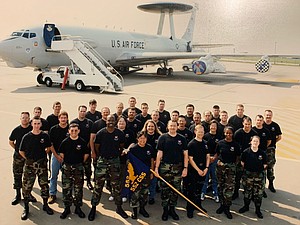 Murders said he reflects on his time at SouthArk with great admiration and fond memories.

“I have no regrets in coming to SouthArk… In fact, I have learned a tremendous amount more about in higher education, as well as improved my leadership skills,” he said.

“The faculty and staff here are true professionals, dedicated like no others, and welcomed me from day one. I have been able to grow as a professional and as a person. I have gained many friends here at SouthArk, and know that I have had a small part in moving it forward to support its future students,” he added.

He said working with SouthArk faculty made the job enjoyable.

“From day one to my last day, the faculty have treated me with respect, compassion, and trust.”

“We’re so excited for him,” Wallace said. “He’s such a great professional in the education field and it is great that he will be able to go work as a civilian within the Air Force and do education related things with them.”

With the departure of Murders, the college is already underway in their search to find a new VP of academic affairs.

“We’re looking for a number of things when trying to fill an executive position such as this,” Wallace said. “First, we want someone with experience that is directly related, someone who has done academic affairs at a fairly high level. We would love for them to have some teaching experience because so much of what they will be doing is directly related to the classroom experience for students and for faculty.”

Wallace said the school is looking for someone who is dedicated to the community college model and more specifically the core principals of SouthArk. He also said it will be important for the next VP of academic affairs to be driven and passionate about student success.

According to SouthArk’s website, the VP of academic affairs oversees all aspects of learning at the college. They are also responsible for providing campus-wide leadership, supervision, and guidance, with a focus on diversity, equity, and inclusion, for the divisions of Health Sciences, Arts and Sciences, Career and Technical Education, Workforce/Community Education, Distance Education, Library, as well as the faculty and staff within the divisions and departments.