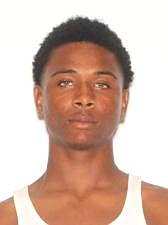 According to a press release distributed by the EPD, Wade is wanted on the charges of second-degree battery, committing a terroristic act and three counts of aggravated assault, with penalty enhancements attached for engaging in violent group activity and committing a felony with a firearm.

Anyone with information about Wade's whereabouts is asked to contact the EPD Criminal Investigations Division at 870-881-4810 or Crime Stoppers at 870-863-INFO. information leading to Wade's arrest could make one eligible for a $1,000 reward.

All calls will be kept confidential.

Wade is described as a black male.