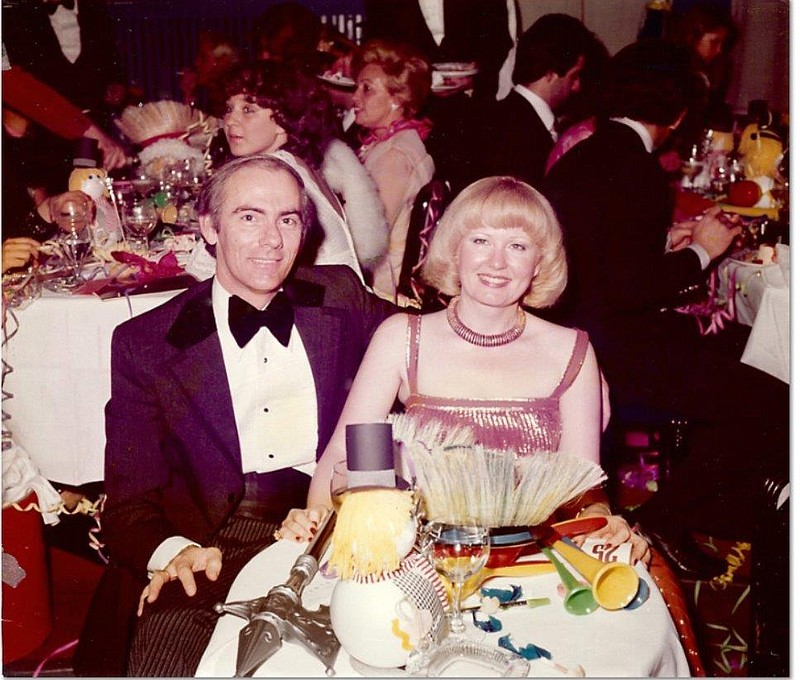 It was in the late 1970s when Vertis and I joined some good friends in Winter Park, Colorado to start skiing. We spent a little over a week taking lessons, and the last three days we were able to cruise down the green marked beginner slopes, usually falling only two or three times. By our last days on the slopes, we were hooked on skiing and looking ahead for a next year’s ski trip. That’s when we almost bit off more than we could chew.

As the year passed into the next, followed by another hot Arkansas summer, we decided to take our annual family vacation and go to Switzerland to ski. With a little research, we focused on St. Moritz. I found out later, the ski slopes were way over the top for two beginners and two kids 9 and 11 who had never even seen snow.

We were overconfident about our skiing ability, but when we picked a hotel, we really went out on a limb. It was the top hotel in Switzerland’s best ski resort, the Palace Hotel. I marched down to our local travel agent and handed her our dates and hotel pick, and in a couple of days we had round trip tickets and hotel reservations. Our travel agent seemed a little surprised at our destination and hotel, but when she handed me the travel documents she said,“Oh, and I almost forgot. The Palace Hotel will have a car waiting at the train station for you. Must be a pretty nice hotel.” That was a huge understatement.

By the time our departure date closed in on us, I had researched skiing at St. Moritz and staying at the Palace Hotel. I was having not only second thoughts, but I was desperately searching for ways to abort the trip. However, both plane and hotel reservations were non-cancelable. Actually, the plane and hotel cost, since the dollar was stronger than it is today, made the trip doable and not a budget buster, but I wasn’t about to swallow that loss. I took a deep breath and knew come hell or high water on the 16th of December, we were going to be flying to Switzerland. We were going to be staying 14 days, which would put us in the hotel over Christmas and New Year’s Day.

We flew directly to Zurich, Switzerland from Dallas, hopped on a train, which had a station in the airport, and two hours later, we stepped off the train into a blinding snowstorm in St. Moritz. Yes, there was a car waiting, and soon we had checked into the hotel.

Of course, sleeping 10 to 12 hours after flying overnight was the first order of business. However, the next morning we were out of bed early and ready to start our Swiss ski vacation.

I had checked the price of ski clothes in Switzerland, and decided we would buy everyone ski cloths in St. Moritz. They were much cheaper than what we could have bought in the states. That took a while. But later that day we made our first stab at Swiss skiing. Not on the slopes, but signing up the kids in a Swiss ski school, and hiring an instructor for us. I figured we needed some help, since we had only skied on the beginner slopes in Winter Park.

Well, the kids jumped right into the ski school, and as the two weeks passed, we watched them ski from ten feet and fall, until toward the end of the two week trip, they were whizzing down the slopes ahead of the Swiss kids. As a side note, Lara turned out to be the best skier in the family, but she can’t stand cold weather, so she spends a lot of time in the warming hut. However, Ashley, who is fearless, not only conquered the Swiss slopes, but later in life, he was part of a Special Forces Ski Unit.

The first two days where Vertis and I had a Swiss ski instructor went better than I expected. He spent most of his time, as he called it, “correcting” the way we were instructed in Winter Park, Colorado, which was, to slow down, you turned your skis’ points to form a snowplow.

“No,” our Swiss instructor said, and then he showed us how the traverse the slopes, which is to turn your skies parallel, and you simply turn uphill to slow down. Once you get the hang of it, you quit falling.

However, the hotel was another challenge. We had booked the hotel plan, which included two meals, and had been told a coat and tie were required for dinner, and if we planned to celebrate New Year’s in the hotel, it was formal; tux for me and a long dress for Vertis. Well, coming down for dinner at 8 p.m. was a little late for the kids, but they had to adjust, and as they adjusted, sitting for a multi-course meal every night was more than they could stand. After a couple of nights of just sitting there, they would leave the table with some excuse, and end up visiting with people from other tables. We sat at the same table every night and after a few nights the kids were good friends with an older English couple from London, Elizabeth and Herbert, who sat at a nearby table. We met them, and for the last week in the hotel we pulled our tables together, and by the time we left to go home, we were fast friends. A couple of years later they came to visit us in El Dorado. Herbert, who was a dealer in fine arts, made us drive through the MacDonald’s Drive-Through twice when one evening we drove through to pick up something for the kids. He couldn’t believe you could order from your car.

As the skiing week progressed, and we were skiing on our own without our Swiss ski instructor, we realized the slopes were much steeper than the ones we had skied on in Colorado, and not only that, they were marked differently, and the markings were in German. In Colorado, runs are color coded so you know exactly how difficult they are. However, in St. Moritz we were always guessing as to how hard they were, and since we were beginners, some of our run were on our backs more than on skies.

New Year’s Eve came toward the end of the trip, and we dressed appropriately. My mother, who lived and breathed fashion, had Vertis really decked out. I had it easy with just a black tux. That night we met Hubert and Elizabeth early and Herbert just shook his head.

We all had a good laugh, and then joined the New Year’s Eve party at the Palace Hotel in St. Moritz, Switzerland, who had its first guests from Smackover and Norphlet. We had a ball!