Fire breaks out at Lion Oil 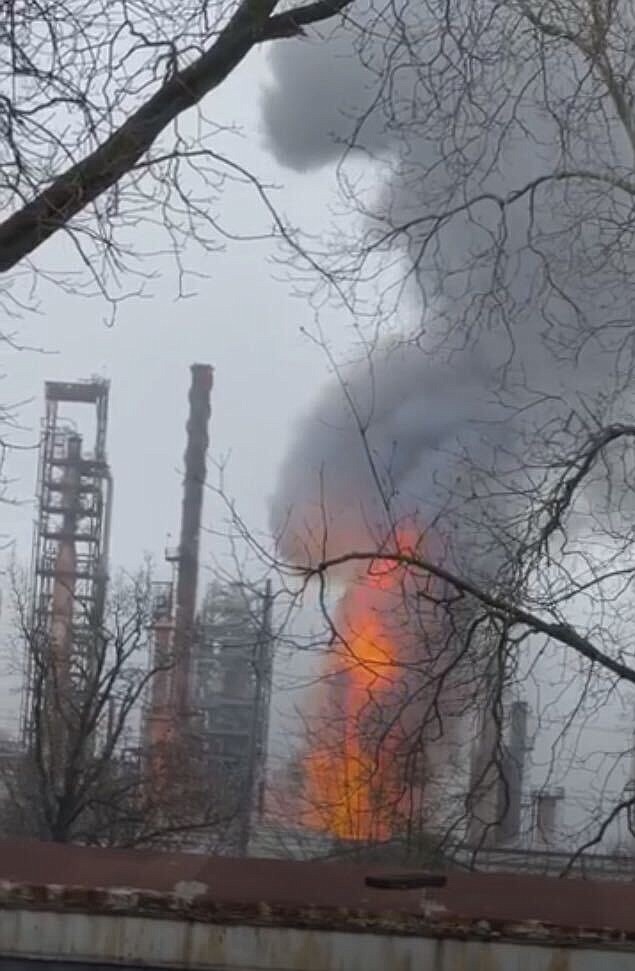 The fire that broke out Saturday afternoon at Lion Oil can be seen in this photo taken from video. (Contributed)

Mosby said the EFD, Pro-Med Ambulance and Passord Ambulance, out of north Louisiana, transported the patients first to the Medical Center of South Arkansas, and then to Little Rock. The three agencies have a mutual aid agreement. Survival Flight also assisted in transfers, he said, taking off from Goodwin Field.

"I don't know the condition of all the patients," Mosby said.

Alex Bennett, executive directory of business development at MCSA, said six patients were brought to the hospital and four were subsequently transferred to the Arkansas Children's Hospital Burn Unit. They were not children, she said.

"Arkansas Children's has the best burn unit in the state," Bennett explained. "Pretty much all burn patients are transferred to Children's."

Mosby said Station 3 received a call to respond to the fire at approximately 3:30 p.m. Saturday. He wasn't sure exactly what time the fire broke out; a company fire brigade got the fire under control before EFD arrived, he said.

"It was reported as a small explosion, but it appeared to be a flash fire of some sort," Mosby said. "Lion Oil's fire brigade got it under control rapidly."

Along with the EFD, the Union County Sheriff's Office and the Arkansas State Police responded and helped to control traffic on the scene. The News-Times reached out to the El Dorado Police Department but did not hear back by press time Saturday.

Mosby said Delek/Lion Oil officials were still trying to find the cause of the fire when he left the scene Saturday evening.

Rochell Thompson, who lives up the street from the refinery, shared several videos of the fire on social media.

"I was sitting in my living room when my house shook. I went outside and saw the plant on fire, then I started to record because this wasn't the first time," Thompson said in a message to the News-Times.

A fire previously broke out at the Lion Oil/Delek refinery in February 2019. No injuries were reported in that incident, and the cause of the fire was not released. Lion Oil's fire brigade also got that fire under control; an EPD officer on scene at that fire said they responded to the sound of sirens.