Hands of service: The story of Pleasant “Bud” Miles 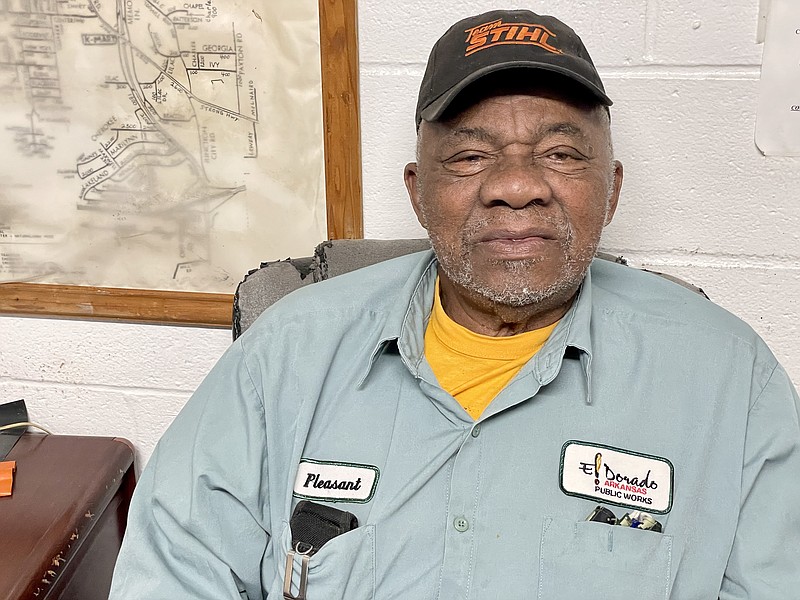 As part of our Black History Month reporting, the News-Times has covered the first Black History Month exhibit at the South Arkansas Historical Preservation Society and uncovered and told the story of John R. Dykes, founder of Washington High School.

This week, the News-Times is spotlighting another longstanding Black leader and servant of the El Dorado community, Pleasant “Bud” Miles.

Bud Miles has been working for the city since 1959. The 81-year-old ( soon to be 82 in May) was given a key to the city for his 60 years of service in September 2020 by El Dorado Mayor Veronica Smith-Creer.

Miles is the oldest and longest serving employee for the city according to Mayor Smith-Creer. He now operates a bush hog and does various other tasks for the city’s Department of Public Works, but when first starting out, he peroformed several other jobs for the city.

“When I started years ago, I used to pick up cardboard from a store up yonder and had to pick up garbage for some of the people who live around here,” Miles explained.

Sixty years later, Miles never thought he would receive a key to the city for his years of service and good deeds.

“I didn’t know it could be done,” Bud exclaimed with laughter. “She (Mayor Smith-Creer) gave me the key and I was happy and honored but I was also thinking, ‘what do I do with it.’”

Miles says he rarely takes off work and will keep working for as long as “God allows him to.” He also shared one of the more somber reasons for him continuing to work.

“I’m at home by myself,” Miles said. “I lost my boy (son) last year and when he was living, I used to spend most of my time with him. But now I live by myself and I hate to lay around the house… so that’s what inspires me to continue working.”

Miles’ wife also passed away 14 years ago. He brought an older picture of his family with him when he was interviewed by the News-Times. While holding and glancing at the picture, a big smile appeared on Miles’ face. Though he has experienced some family losses over the years, he said he will forever cherish the memories and recognizes that death is a part of life.

One of Miles’ life mantras is the “Golden Rule:” to treat others as you want to be treated. He says this is how he lives his life and the advice he gives to others.

Miles’ hands have some callouses. His back has hunched a little over the years and as he walks through the Department of Public Works facility, he walks slowly. But as he walks, his co-workers look at him with pride, knowing his body is the story and physical manifestation of years of service and hard work.

“We are lucky to have him and he is a joy to have around,” the Reverend Anthony Traylor, Miles’ supervisor, said. “It is truly a blessing to be able to work hard and move around like Mr. Miles does.”

[Video not showing up above? Click here to view » https://www.youtube.com/watch?v=ru0BRNDXa3I