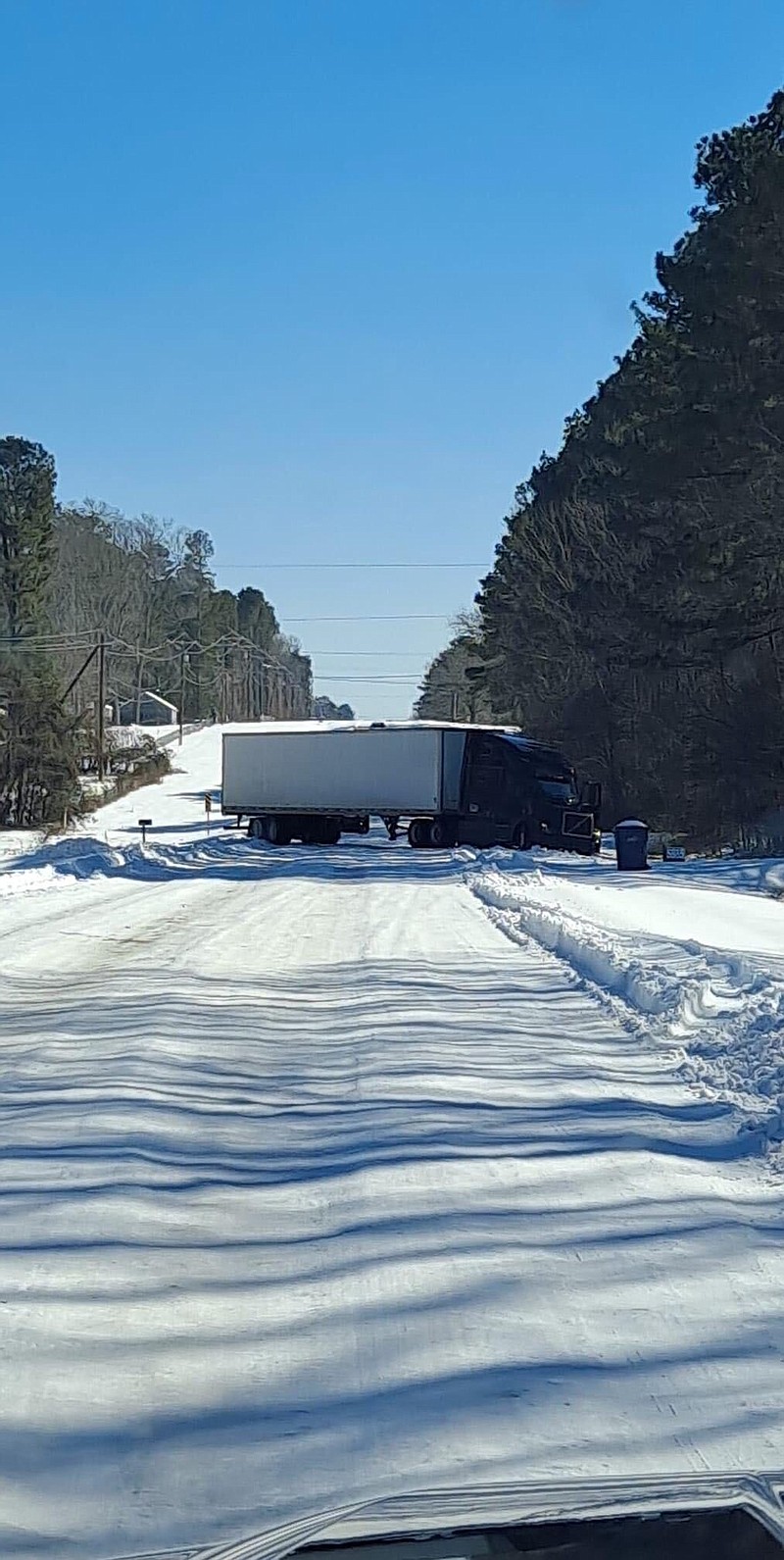 A truck jackknifed on Highway 82, near Sunny Brooke Lane, Friday morning. The Union County Sheriff’s Office and Arkansas State Police responded and had cleared the roadway before noon. (Contributed)

No injuries were reported in either incident, Roberts said.

Jackknifing refers to when a vehicle with a pivot joint, such as a truck carrying a trailer behind it, folds on the roadway; causes of such incidents include icy roads like Union County saw Friday or other conditions, like equipment failure or incorrect operation of the vehicle.

Roberts said he didn’t know what the trucks that jackknifed in Union County Friday were carrying.

Supply Chain Dive, an online news site that covers logistics, freight, operations and other business news, reported Tuesday that two major rail companies, BNSF and Union Pacific, had issued notices of shipment delays throughout the week due to the winter weather.

Additionally, an Arkansas Democrat-Gazette story published Friday said spokespersons for the United States Postal Service, FedEx, UPS and Amazon reported mail delays and some site closures due to the weather.

One of the jackknifes occurred on Del Tin Road, and the other on Hwy. 82, near Sunny Brooke Lane. The Arkansas State Police joined the UCSO in responding to the latter accident, Roberts said. Both highways had been cleared by late Friday morning.