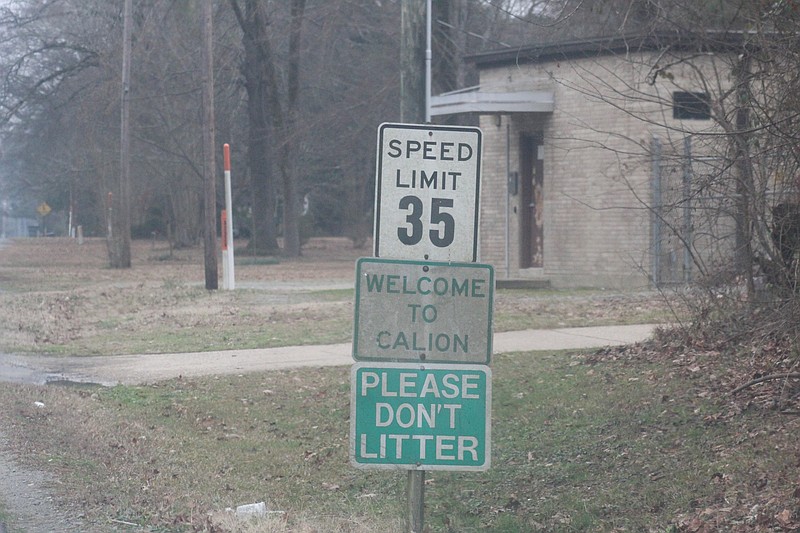 The speed limit entering Calion on West Main Street from Highway 167 is 35 miles per hour. The Calion City Council voted Thursday to update the outgoing speed limit to 35 mph from 25 mph. (Matt Hutcheson/News-Times)

The Calion City Council held its latest monthly meeting on Thursday, February 11. The meeting was streamed live on the Calion Mayor Facebook page, where it is still available to view.

In new business, Calion Mayor Bill Yutzy announced to the council that a new police radar gun, used to measure a vehicle’s travelling speed, had arrived. Yutzy said in December that the city’s old radar gun wasn’t working and police would not be using it until the city was able to purchase a new one.

Yutzy then asked the council to address a speed limit discrepancy within city limits.

Council member Kristi Purifoy asked if that is something the city council alone can decide.

“I’ll check with the state to make sure, but I think within city limits we can do what we want,” Yutzy said.

According to council discussion, the speed limit coming from Hwy. 167 towards Calion on West Main Street is 35 miles per hour, while the speed limit remains 25 mph in the opposite direction. The incoming 35 mph section is reduced to 25 mph near Calion First Baptist Church.

Following discussion, a motion was made and passed to change the outgoing speed limit near Calion First Baptist Church to 35 mph to match the speed limit when entering Calion from Hwy. 167. The in-town speed limit on Main Street will otherwise remain 25 mph.

The council also discussed the water level in Calion Lake, prompted by a question sent to the mayor by a resident watching the meeting.

“There’s been discussion about the water level, whether it’s too low or too high… The gates were opened November 15 and close March 15, so it’s not far from time to close them,” Yutzy said.

Yutzy asked council member John Peppers to speak with the resident, who lives in Pepper’s ward, who asked about the water level, and the council took no action on the issue during the meeting.

The final business item dealt with flooding in a well house in the city.

“[Director of Public Works] Ryan [Hudson] said that every time it rains, you get a couple of inches of water on the floor inside this [well house.] There’s a pump in there that, if the water gets much higher, it will get into the motor,” Yutzy said.

He added that Hudson contacted South Arkansas Irrigation to request a bid for a drain for the building, receiving a price of $1,225.

“I hate to see water in that building. If the guys are in there standing in the water and there’s any kind of electrical situation, we may be pulling them out. Standing in water running electrical equipment is not a good plan, and they have to go in, the state says, every day,” Yutzy said.

A motion was not needed for this item, but no council member expressed opposition.

The next Calion City Council meeting will be Thursday, March 11.