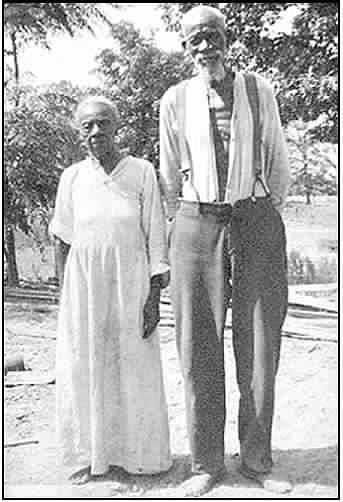 The El Dorado Historic District Commission is looking to form a committee to focus on the next phase of implementation for the citywide historic preservation plan — a move that seems fitting for Black History Month.

Commissioners agreed February 11 to proceed with a recommendation in the plan to identify an African American context by identifing “special and diverse” places, people and landmarks to preserve the history and heritage of the city’s Black community.

A survey and inventory of nearly 330 properties is under way in the Mellor, Bodenhamer, Forest Lawn and Eastridge subdivisions to determine if the mostly residential areas would be eligible for nomination to the National Register of Historic Places as local historic districts and/or individually listed properties.

The work is being done by Terracon Consultant Services, Inc., which is headquartered in Kansas.

Historic district commissioners said the team from Austin is expected to visit El Dorado March 8 to wrap up field work and archival research.

Elizabeth Eggleston, executive director of the El Dorado Historic District Commission, said she will request signage from City Hall to notify residents in the areas that Terracon will be working there.

Eggleston said she also plans to contact Police Chief Kenny Hickman so he can make patrol officers aware of the work that will be going on in the designated residential areas in early March.

The EHDC will focus on the Retta Brown and Country Club Colony neighborhoods for the next DOE study and Eggleston said she has already submitted a letter of intent to apply for a grant to cover the study.

The DOE survey and inventory for the Mellor Park area is being covered by a $49,049 grant that was awarded last year by the Arkansas Historic Preservation Program.

Within the past two years, El Dorado has received the largest Certified Local Government grants to ever be awarded by the AHPP. The first, $42,000, was largely used to cover the cost to complete the historic preservation plan.

El Dorado is one of 21 CLG cities in Arkansas who partners with the National Park Service, the AHPP and other cities and counties around the state to preserve historic resources at the local level.

On Feb. 11, Eggleston asked commissioners if they thought it would be best to move forward with the African American context as the next phase of the city’s preservation plan or double down on efforts to identify neighborhoods as potential listings on the National Register for the 2022 - 2023 grant cycle.

She said the Notification of Funds Available for the 2022 - 2023 grant cycle will be announced by the National Parks Service in October, noting that she initially received information that NOFA would be issued in July.

New Commissioner Beth Callaway inquired about the NOFA and Eggleston explained that the National Parks Service notifies the state historic preservation program how much money will be available for grants during a respective grant cycle.

The information is then forwarded to local programs, who must then submit a letter of intent to apply for a grant. Eggleston said the letter for the 2022 - 2023 grant cycle must be turned by Dec. 31.

“I’d like to see us do the African American context. It’s such an interesting project,” said EHDC chairman Ken Bridges.

New EHDC member Steve Biernacki, who is also the executive director of the South Arkansas Historical Preservation Society, agreed and asked for additional information about the matter.

The citywide survey recognized the St. Louis and Fairview additions as the oldest African American settlements in El Dorado, dating back to the post-Civil War era.

St. Louis was once home to a cluster of thriving black-owned businesses and a bustling entertainment district, which hosted some of the biggest show business names who stopped in El Dorado along the Chitlin’ Circuit during the days of legalized segregation.

The Chitlin’ Circuit was a collection of performance venues in much of the U.S. that accommodated Black entertainers and audiences.

Eggleston pointed to one such venue — Continental Club — that was once a centerpiece of the St. Louis neighborhood, which is roughly bordered by North West Avenue, College Avenue, Robinson Street and Fifth Street.

The two-story Continental Club sat just west of the intersection of North West Avenue and Liberty Street and was part of a small strip of businesses, including hotels and other clubs, that played host to Ella Fitzgerald, B.B. King, the Ike and Tina Turner Revue and others in the 1940s, 50s and 60s.

The buildings have long since been razed.

Janice Bush, president of the El Dorado-Union County chapter of the NAACP, previously reached out to the Murphy Arts District about a project to install historical markers recognizing Hill Avenue as former commercial-business district that was home to businesses and professional offices that were either Black-owned or served a largely Black clientele.

The Fairview Addition covers a large swath of the city’s south east side and is anchored by Mattocks Park.

Other African American neighborhoods in the city include Douglas, Fordsville, Memphis Heights and Rock Island.

The Douglas neighborhood is named after Tom and Sarah Douglas, a married couple who were founders of Douglas Chapel Missionary Baptist Church, now located at 969 Smackover Hwy.

The Douglases were interviewed in the 1930s as part of the Federal Writers’ Project that Commissioned by the Works Projects Administration to interview the last generation that was born into slavery in America.

Tom and Sarah Douglas were thought to be 91 and 82, respectively, when they were interviewed for the project in 1936 and 1937 in their home with an address of Route 2, Box 19-A, El Dorado.

The couple moved to El Dorado from Union Parish, Louisiana, in January 1893 after Tom Douglas was threatened by the Ku Klux Klan for his political activities that included the fight for social justice for Black Americans.

The Douglases owned 120 acres of land in what would become known as the Douglas Addition and donated land on East Cook Street that served as the first site of Douglas Chapel.

Because the church was near an oil refinery at the time, members, fearing an explosion, moved to a new location in the 1200 block of East Hillsboro for several years.

The story of the Douglases is the type of material the EHDC is looking to collect and preserve as recommended by the historic preservation plan.

Noted Eggleston, “It’s difficult because a lot of the buildings have been torn down but there could be markers. When people come home for El Dorado Days, they don’t know where their old neighborhoods are.”

El Dorado Days is a biennial homecoming celebration that began in the 1960s with former El Dorado residents in California and graduates of Washington High School, the former all-Black high school that is now the site of Washington Middle School.

The event was canceled last year due to the coronavirus (COVID-19) pandemic.

Eggleston said the historical areas could be denoted with street sign toppers, such as those that were installed for the city’s residential historic districts.

The African American context would require a working group and commissioners agreed to form a committee by reaching out the city’s Black community.

Bienacki said the SAHPS would offer its help “in any way … possible.”

“There’s a treasure trove of folks that we can go to that were here during the heyday and after the heyday that could provide great perspective,” he said.

Commissioner Diane Murfee said the first order of business after forming the committee should be to collect oral histories.

Anyone who is interesting in joining the committee can send an email to Eggleston at [email protected] sbcglobal.net.